10 Idol Boys Who Build Up Impregnable Walls To Female Celebs 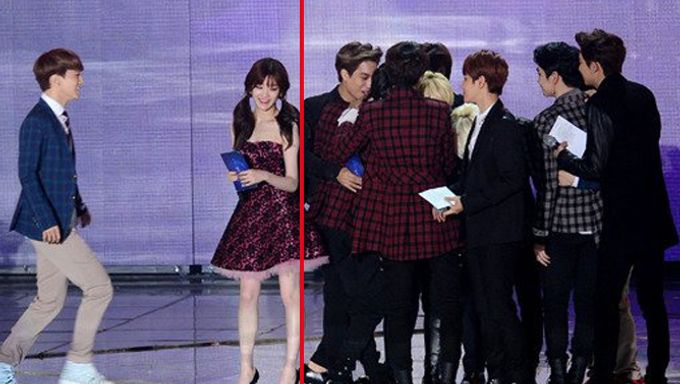 In the public eye most idol guys seem confident and self-assured, but in their personal lives that's not always the case.

If you’re a really shy person in front of the presence of the opposite sex , these situations below might not be strange to you. Because lots of K-Pop stars get all nervous and awkward to the opposite sex — just like you! Quite a few idol boys have admitted to actually being shy in real life, especially when they're around girls.

Of course, fans support their cold treatment towards female celebrities because they won't have to worry about their bias interacting with other celebrity girls. But some say that boy group members probably know some fans will go on a witch hunt if oppa gets to close to a female.

Must Read : f(x) Krystal Gets Along With Infinite L

Click through to see more guys who get nervous and frosty around girls, then let us know which one surprised you the most in the comments below.

10 Idol Boys Who Don't Interact With Other Girls 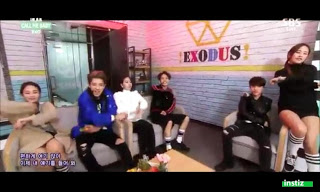 Must Read : Male Idol Introverts Who Shake Their Shyness

It's coz they are gay.

For the Most of the Girls that did experience that, it must habe been awful.

Haha...I can understand what you mean =) Have a nice day!

They are afraid of girls. That is concerning
Are they told that women are animals?

Hello! Well.. Because they are too shy I guess..:)

and we know it's not true about seungri lol bb members said if bigbang plays at the club or party, seungri is the one who approach girls. when he's in uni he's the one who started talking to snsd yuri. he's very social to everyone.
he's just hugely distracted in that gif.

I was shocked we i saw the movements of Kai around girls.. ^_^.... Im happy I saw Sehun's name here because like what you said I don't have to worry on cheating on us EXO L's ^_^

Chanyeol and Suga tho ??? Seungri? Shy around girls? No way in hell!

Lol two people on this list are already dating someone.... I don't think them being shy in general is any indication of whether they'll date or not. I loled the seccond I saw kai...

Lmao. I have a feeling that these are the idols that already have girlfriends. It's just a haunch.

Jungkook should definitely be on this list. He does anything he can to avoid any kind of contact with females. It's to the point where he seriously looks frightened when females walk toward him.?

Jungkook should be here

lol sorry to burst the bubble of fangirls but not all the time what we see is what we get. some of 'em seems to "act shy" around women but aren't actually lol just saying

So on point lol

lol maybe some of them are genuinely shy around girls but i doubt that most of them are like that lol even if they trained with guys 24/7 that doesn't stop boys from being boys. and most scandals of idols spring up from their pre-debut or trainee era. my point is they're dudes they're not exxaggeratingly ignoring women because they fear them or are shy around them they're doing this because they're idols now and people are watching them. haha

well I mean literally most of them grew up with boy trainees and we all know how they work 24/7.. but they were all probably told to exaggerate their discomfort xD