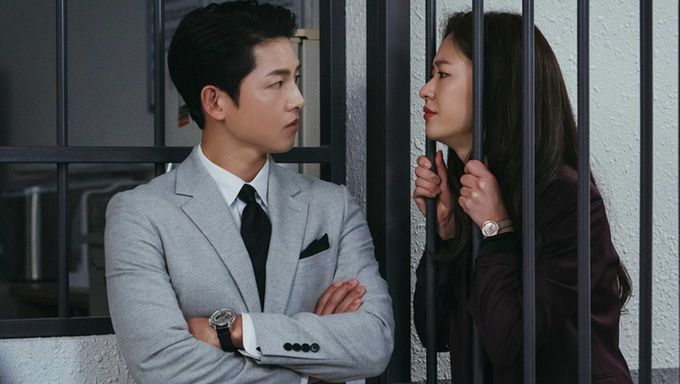 One of the biggest Korean dramas in recent times which took the world by storm with its epic proportions, iconic characters, and incredibly satisfying storyline, "Vincenzo" has finally ended. Needless to say, with the conclusion of "Vincenzo", fans have been left with an unfillable void in their hearts. The characters that were so near and dear to viewers, almost as if they were part of the family, no longer grace their screens and their weekends are back to being bland. Even it has been more than a week since the show ended, fans still can't stop gushing over all the times "Vincenzo" made them laugh, cry and to some extent, suffer.

The first season (and we say that because the chances of a second season are slim but not zero) of "Vincenzo" ended on a hopeful note with a whole range of possibilities for the future, both of the drama and for the characters. Vincenzo, played by Song JoongKi, tells Hong ChaYoung, played by Jeon YeoBin that she has been on his mind ever since he left Korea and that he's going to invite her to his private island in Malta where they can spend all the quality time in the world and more importantly, heal. He has to leave soon after but Vincenzo doesn't sign off without giving us the slightest ray of hope for a second season. Now a Mafia Boss, Vincenzo says that he has taken up the hobby to scraping away the scum of the earth and it is made quite clear that as long as evil exists, Vincenzo will too. In his own words, evil is vehement and prevalent, thereby implying that Vincenzo too, is here to stay. While that could simply be a killer of a dialogue to end the narrative on, a fan can't help but imagine a second season.

While we put our imagination into overdrive and pray for a second season, here are 10 moments from "Vincenzo" that we still cannot get over!

1. The first time Hong ChaYoung was impressed by Vincenzo

In the second episode of "Vincenzo", Vincenzo Cassano faces the immediate threat of the Geumga Plaza being demolished. At this point, his desperation is towards saving the gold but he's also developing a soft spot towards the residents. In a moment of genius, he plans an Italian-themed outdoor party, invites all the important personalities and takes up all the space in front of the Plaza which deters the goons from entering the area. Hong ChaYoung, a lawyer at Wusang, is against her father on the surface but deep down, she's glad Geumga was saved and all this was possible because of Vincenzo. Needless to say, she's impressed as Vincenzo raises a toast to the night, looking her straight in the eye.

2. When Vincenzo gets Hong ChaYoung out of jail with the perfect cup of coffee

When Hong ChaYoung is put behind bars by fabricated evidence from Wusang, she begs Vincenzo to turn up his Mafia mode and use some tricks to get her out of there. Vincenzo acts bothered by being referred to as the Mafia but the gears are turning in his head. In no time, Vincenzo strikes a deal with Choi Myung Hee (played by actress Kim YeoJin) and gets her out, greeting her with a cup of her favourite coffee. While most of us thought Hong ChaYoung would be running towards Vincenzo for a hug, she went straight for the coffee instead.

3. When Vincenzo faked a romance with Hwang MinSeong 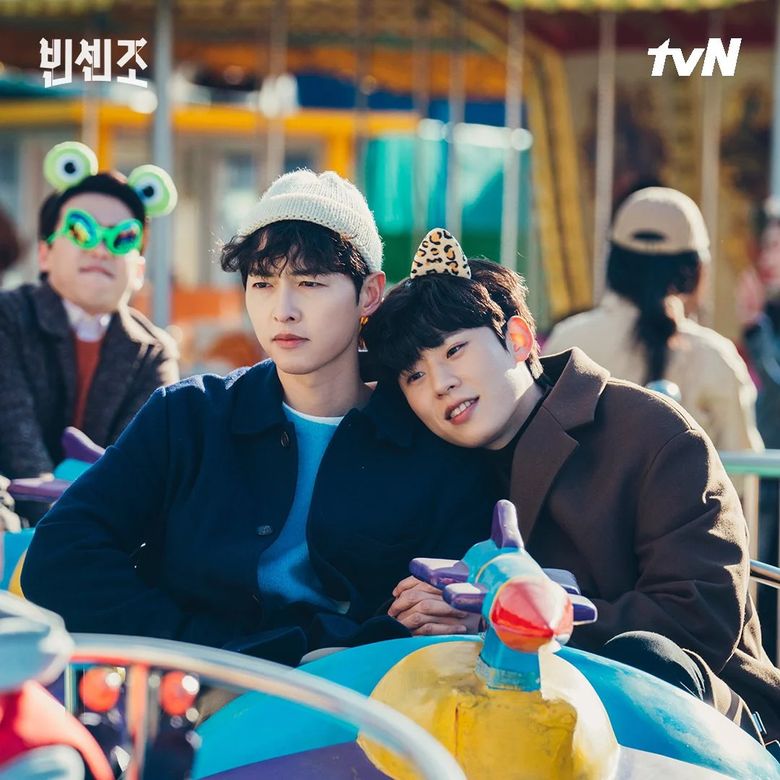 Any fan of "Vincenzo" will tell you that this segment was perhaps one of their favourite ones ever. From seeing Vincenzo as a Prince on a white horse seducing MinSeong (played by Kim SungCheol) as TaeHo to their cute "Dating" life, complete with amusement park dates and "Space Sweepers" references, all of us forgot about how terrible of a person MinSeong was. In the final episode, we're shown a glimpse of MinSeong crying over pictures of TaeHo which Hong ChaYoung has sent him.

Truly satisfactory in every sense possible, this scene deserves applause. Not only did Vincenzo and Hong ChaYoung ruin his plan, they also humiliated him in front of a crowd. The face HanSeok (played by 2PM's Ok TaecYeon ) makes as he looks up to Hong ChaYoung and Vincenzo clapping over what seemed like a visual treat to them, is unforgettable, to say the least.

Despite being an "act", Vincenzo's proposal to Hong ChaYoung has to be one of the dreamiest scenes in all of K-Drama history, especially because of the sheer tenderness and the palpable tension between the characters. They pretend to pretend but in reality, their feelings are crystal clear, both to each other and to the audience.

6. When Jang HanSeo asked whether he could call Vincenzo his brother 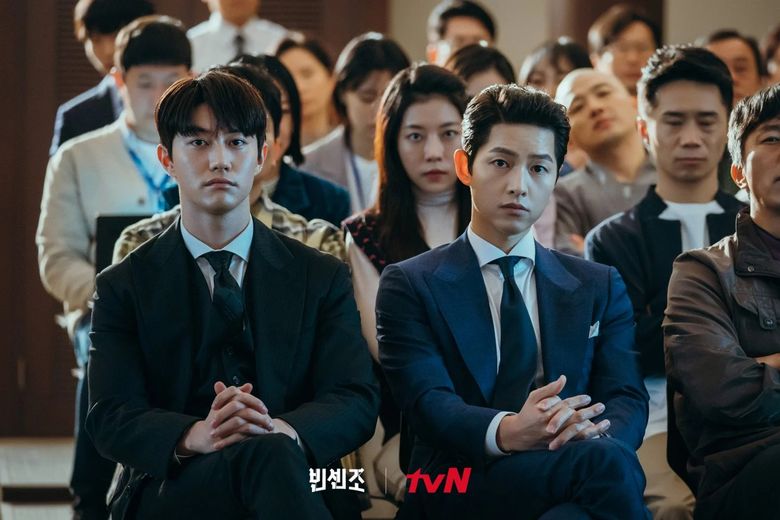 Jang HanSeo (played by Kwak DongYeon) forges an alliance with Vincenzo based on mutual interests. Even though Vincenzo is reluctant at first, he eventually understands his motivations and they join forces to take down Babel. After a certain point, Jang HanSeo asks Vincenzo whether he can call him "Hyung" which means older brother in Korean, mainly because he found the fraternal love in Vincenzo that he never got with HanSeok. Vincenzo teases him at first by saying no but eventually agrees, telling him to mind his manners.

7. When Vincenzo, his mother and Hong ChaYoung got a family portrait taken of them

With Vincenzo's mother's health slightly improving and their relationships doing the same, Vincenzo, his mother Oh GyeongJa (played by Yoon BokIn) and Hong ChaYoung get together to fulfill one of her wishes, to have a portrait taken of her. Not only does she get her wish granted, Hong ChaYoung and Vincenzo also get their portrait taken along with her and finally, Hong ChaYoung pushes Vincenzo to take one with his mother, holding her close. This is reminiscent of the scene from "It's Okay To Not Be Okay" where the central characters have their family portrait taken and as expected, the tears came rolling.

8.  When Vincenzo returns to protect his family

Vincenzo is summoned to Italy to protect his family there. However, he makes it clear that his immediate concern is not overseas, it is right there in Geumga Plaza. He settles the "issue" in Italy with money and returns promptly to Geumga, just in time to protect Hong ChaYoung and more importantly, his turf.

9. When Vincenzo tells Hong ChaYoung that she has been on her mind

At the very end of the final episode, Vincenzo returns to Korea after almost a year and meets Hong ChaYoung at an art gallery exhibition. He tells her that he can only come here once in a while for such events but that he's now the Mafia Boss and owns an island in Malta which he has transformed into a refuge. However, the first thing that he tells her when they're all alone is that he missed her. At that moment, the whole fandom collectively lost their minds.

10. Every time the Cassano family came together as one 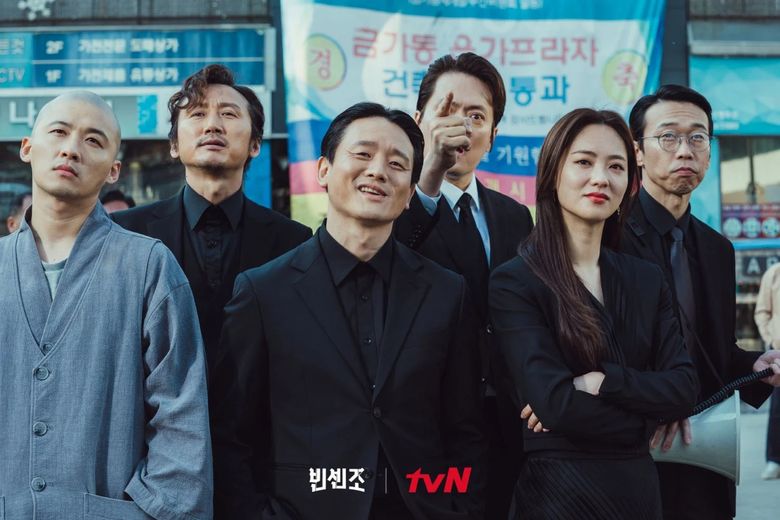 The Geumga Plaza residents, Hong ChaYoung and all of Vincenzo's allies came to be known as the Cassano family, Vincenzo Cassano's family in South Korea just like his Mafia family in Italy. All the moments where the Geumga residents joined hands to protect and help Vincenzo are truly unforgettable, which makes us miss the cast all the more.

Which other moments would you add to this list? Share your thoughts with Kpopmap in the comments section down below! 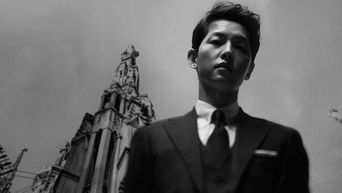