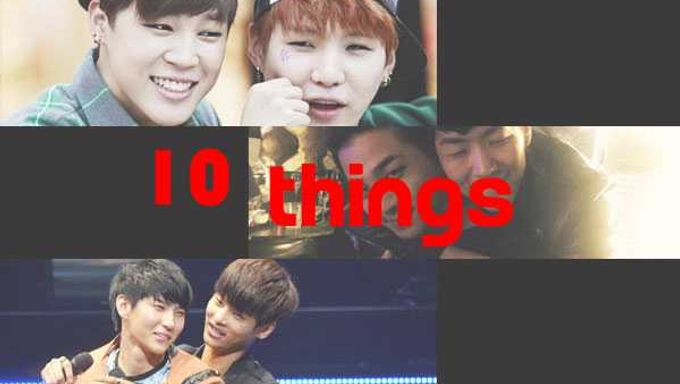 Many K-idol boys like to hang out with peer male idols or actors, and take pictures of their fun moments together.

The male couples, who are friends absolutely, get together frequently and show off their intimate friendship through their SNS by posting photos together. Their deep friendship may be resulted from that they face similar circumstances as idols have to experience. Moreover, actors also can share similar feeling and be close to idols. The bromance photos are often caught as a proof shot to celebrate their meeting. Also, many celebrities' bromance shots are caught during performances or having public meetings. The bromance aroused not only from intimacy but also from looking good together. Among numerous shots, Kpopmap has compiled the 10 photos of idol boys bringing the hottest bromance chemistry.

From Big Bang to BTS, the top male idols in the photos emitting bromance mood, and the chemistry of some go viral among fans. Fans enjoy to pick their biases together. Then, it is the time to watch who are together and show bromance.

The bromance friends' getting close shot might have been caught in the middle of their performances. The two boys of VIXX often have been caught being closer together. Leo' big smile is rare to capture, but when with N, he smiles a lot. His bright facial expressions tells us how happy he is with N. 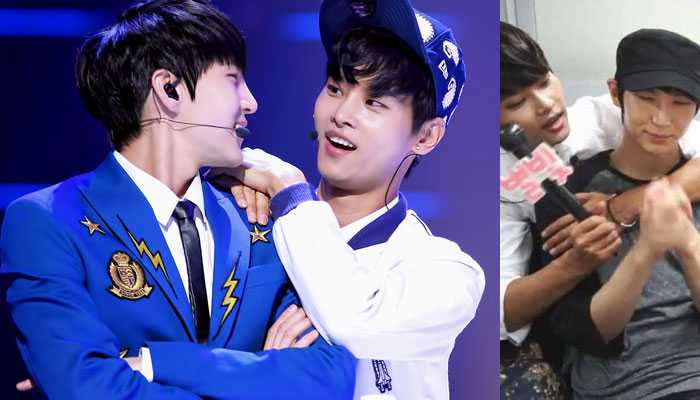 Those two hottest mans of Big Bang emit great bromance chemistry, and it makes synergy in their music as well. They released unit album, GD & TOP, including its title song 'HIGH HIGH' and HIT song 'Oh Yeah' featuring Park Bom, in 2010. The album hit successfully. Their bromance chemistry might work on the album. Look at these hot guys' eye kiss. 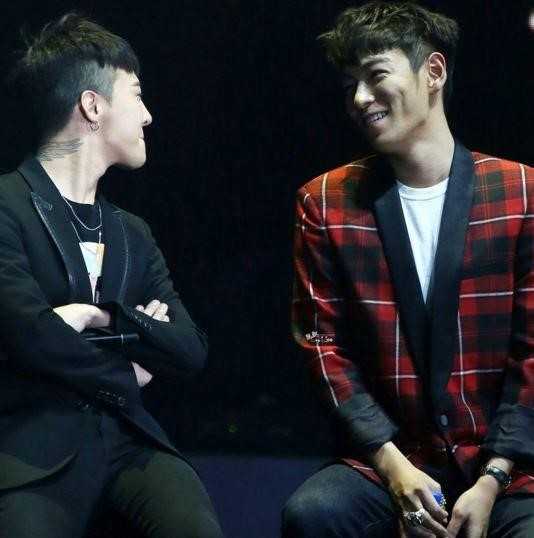 Chanyeol,EXO, and Minho,SHINee, look very similar so that they are confused to be real brothers. Their similar appearance also brings out bromance chemistry as well. The photo was taken in Hong Kong while they stayed there for MAMA 2015. The black outfits both boys wearing seem couple look. 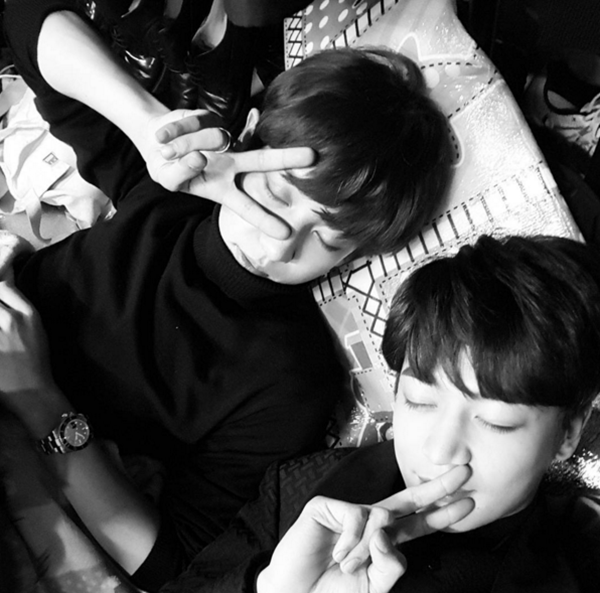 In the middle of Big Bang's performance, Seungri headed to the EXO's seats. When he got closer to Sehun, he suddenly sat on Sehun's knee and petted Sehun's head. Sehun acted as Seugri's lover to give more fun to Seungri's event. Those two seem intimate each other in reality, too. 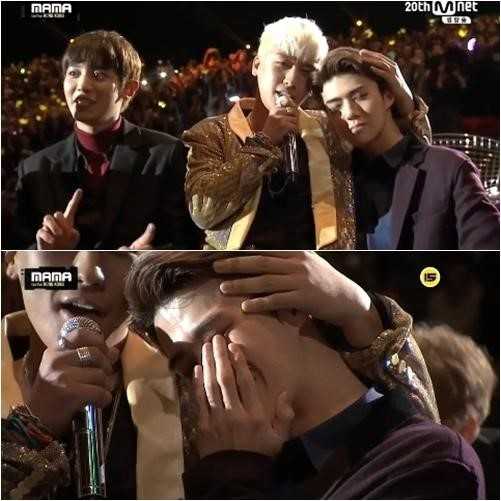 The photos of Baekhyun and V have often been compiled for their similar looks. Look at these two Mr. handsome-dols. They even make same facial expression to look more similar to each other. These twins like boys emit tremendous bromance chemistry. 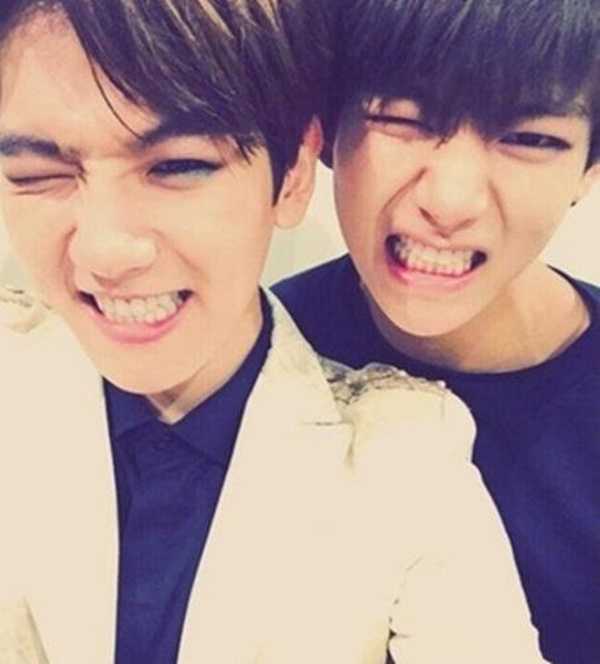 It is unexpected TOP is close with the actor, Lee Dong-Hwi. Lee Dong-Hwi recently became a HOT trendy star for his HIT drama, 'Reply 1988'. These hot two celebrities wearing same formal white shirts are staring at camera in the middle of their Korean BBQ party. They show off their intimacy through the proof shot. 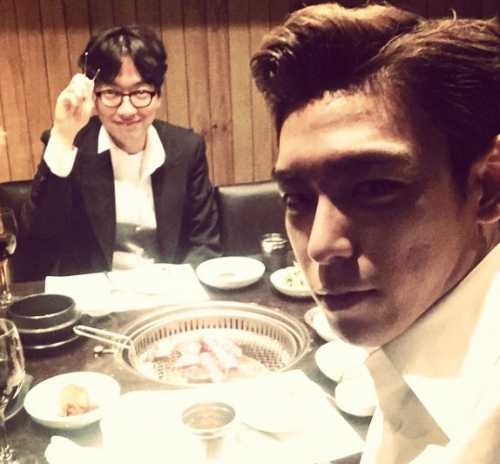 Siwan, ZE:A, and Byun Yo Han's bromance chemistry was shown in drama. This photo was taken while shooting tvN's HIT drama, 'Misaeng'. These two boys became real friends after shooting 'Misaeng'. Siwan often posts photos with Byun Yo Han to show their intimate friendship never ended. Siwan got off Misaeng, but can't from Yo Han's heart. 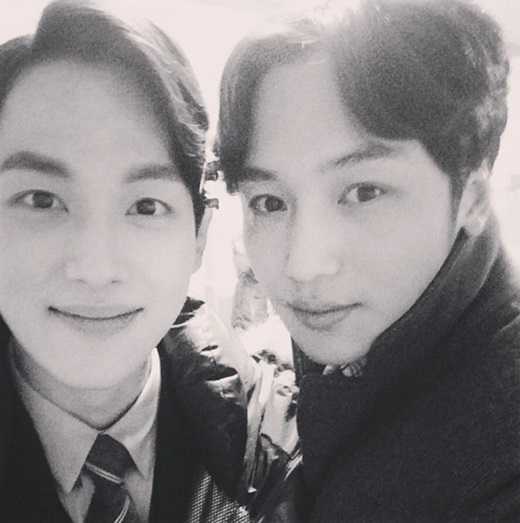 Yong Junhyung complains Yoon Dujun keeps appearing at his selfies. However, Junhyung seems happy to have Dujun in his selfie. The foolish frowns that Dujun made give more humor on the photo. How adorable the two same aged boys, of BEAST, are. 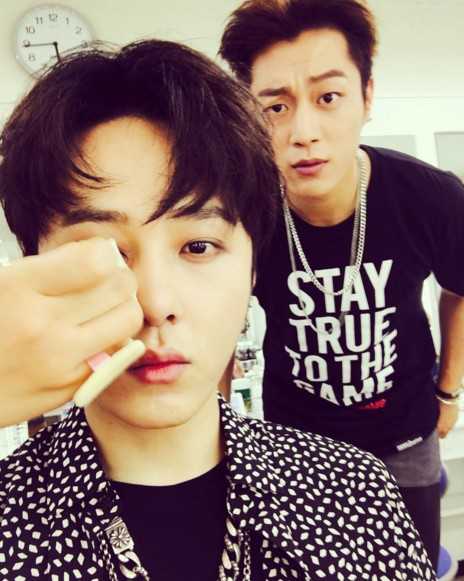 The talented Popera singer, KAI, did back hug Taeyang to show those two's unexpected friendship. The background of the photo is a restaurant so that we can assume those two went out and had dinner together. The pleasant face of KAI and Taeyang's smile raise their bromance chem up. 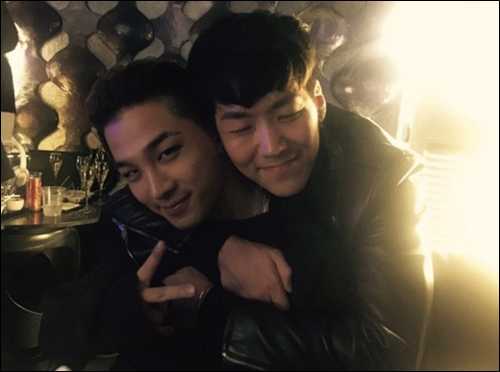 Among BTS members, SUGA and Jimin especially have the highest chemistry. They are often caught in photos either taken by themselves or fans. The most number of couple gif files posted of BTS is also theirs. SUGA is, indeed, two years older than Jimin, but those two look like peer boys. Check their bromance here. 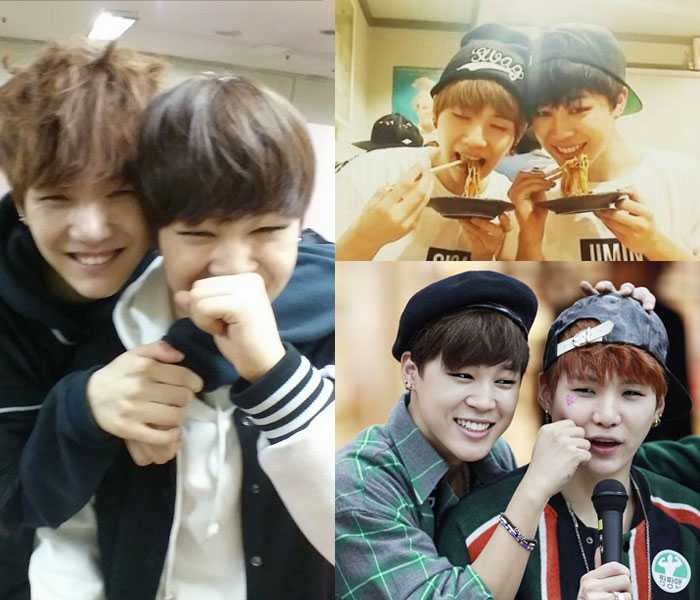