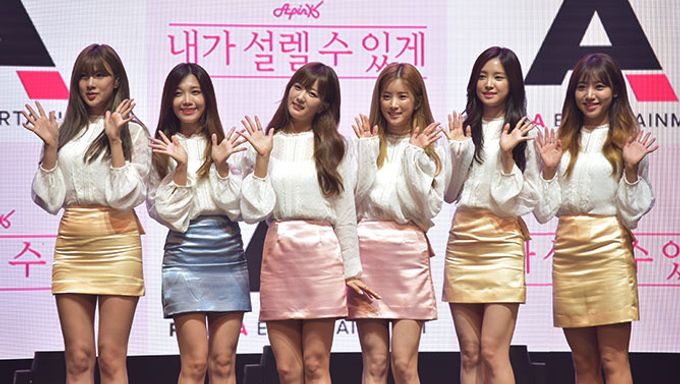 Kpopmap was invited to the showcase for APink's 3rd full album, "Pink Revolution", and we found 10 things that can only be found at a showcase hosted by the girls.

The beautiful 6 goddesses of Plan A Entertainment has made their long awaited comeback on September 26, 2016. The girls held a showcase at the New Millennial Hall located at the KunKuk University. 6 years have passed since their refreshing debut as shy, youthful girls back in 2011. Now, the girls returned with a more mature and graceful image of autumn women.

To bring the Pink Pandas closer to the girls’ new fall image for their comeback, we’ve collected the 10 things that can only be found at an APink showcase! 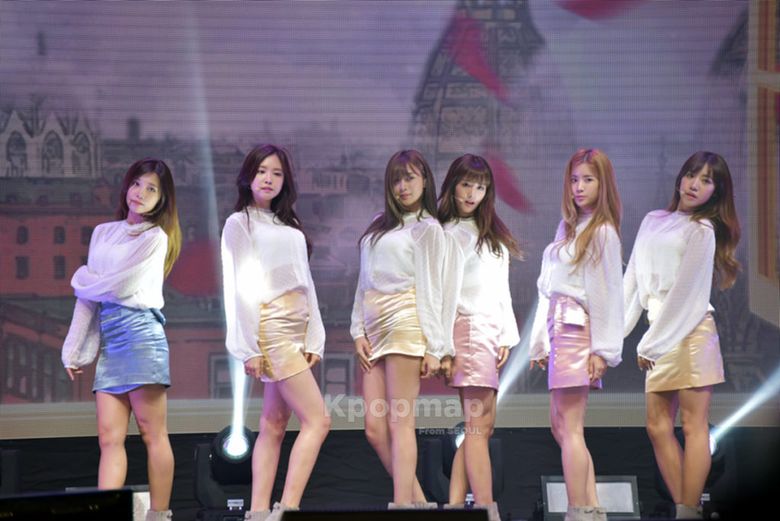 To open up the night, APink sang their new song "Ding Dong". Throughout its beautiful harmonies and the crystal clear melody, we couldn't help but wonder - is this really live? All 6 girls sang beautifully on key without a glitch to be heard anywhere. With 6 years of experience under their belt, APink has grown into a K-Pop group that sound better live than the studio version. 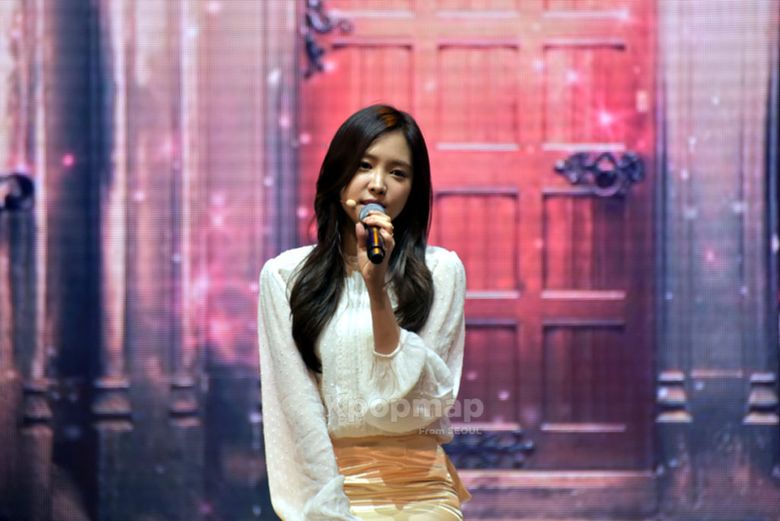 At the very beginning of the showcase, the girls performed three of their new tracks back to back for the audience. This unique performance lineup especially took us by surprise, because of how well the girls completed each performance perfectly. Performing three songs consecutively takes a clear toll on an artist, especially when two of those songs are dance tracks. The girls proved just how much they’ve grown in the 6 years as they showed true professional skill in performing each track beautifully. 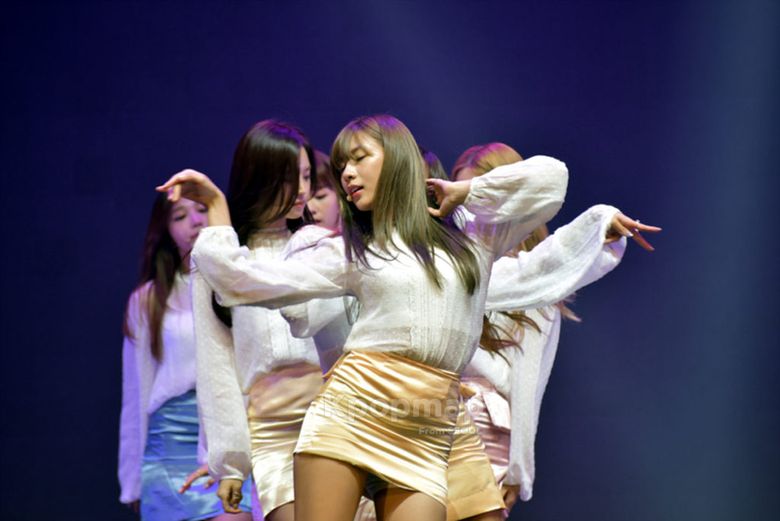 We knew that EunJi of APink was an incredible vocalist, but we were still taken by surprise as soon as we heard her live. How can someone make those high notes seem so effortless? EunJi’s notes are well known to be some of the highest in all of the K-Pop girl group songs, but the idol hit each note perfectly with such a serene expression - all the while dancing, too! 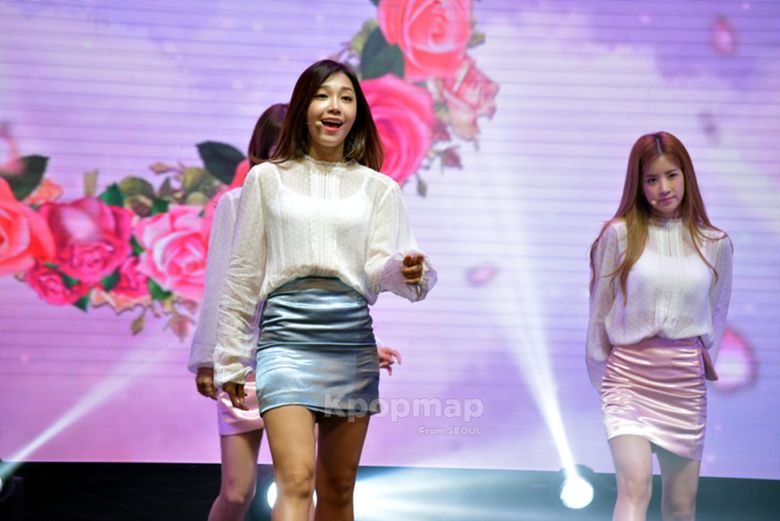 When we think of APink, we think of soft vocals and smooth feels. However, the group’s new 3rd full album is full of a variety of genres. The girls announced that the songs can be categorized into three different styles: mono-tone, pastel and vibrant. Not only do the girls have soft mono-tone tracks, but also cutely pastel and excitingly vibrant songs. The girls showcased one of their faster and more vibrant songs, “Boom Pow Love”, where we were able to see a whole new side of the girls that we've never seen before. 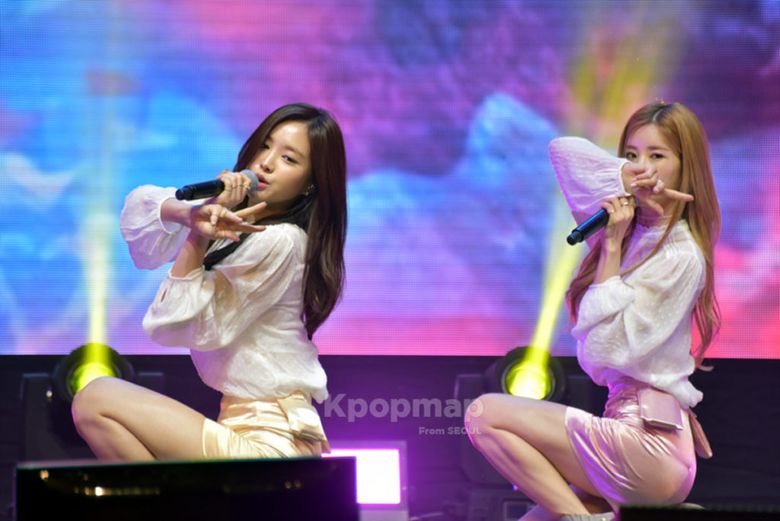 All of the girls were undoubtedly beautiful dancers, but NamJoo just had that extra something that got us captivated with every move. When the girls would swing their arms up and around or sway their hips from side to side, NamJoo just had a groove that took the choreography to the next level. The main and lead dancers of APink, NaEun and BoMi, better watch out, because NamJoo is stealing our hearts with her beautiful dance skills! 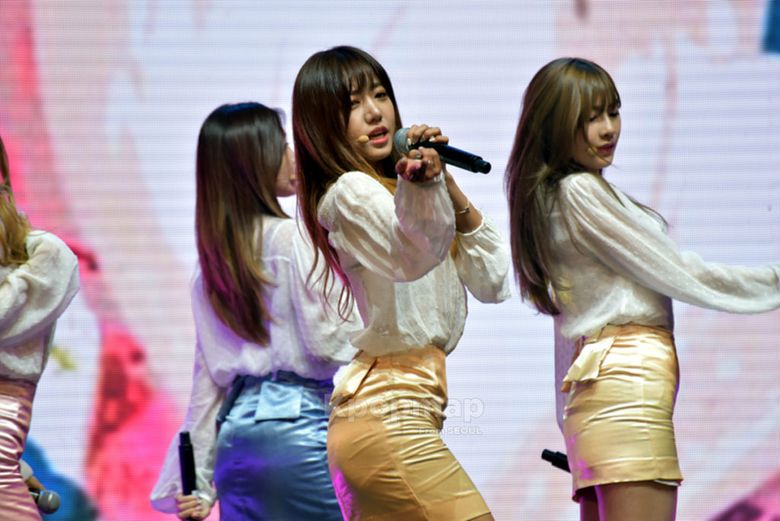 The new title track for "Pink Revolution" is titled "Only One". The track describes a love story about a girl hoping that the love of her life feels the same way about her. To fit the beautiful track, the girls showcased an equally beautiful choreography routine. One thing that we noticed about the performance was that the dance routine just fit the signature feel that makes APink. The graceful steps of the girls that we've grown to love and adore since their debut was still clearly evident. The only thing that had changed was that the overall image was more of a mature woman than a shy, young child. We think it's clear that the "Only One" will be a successful transition of image for the girls! 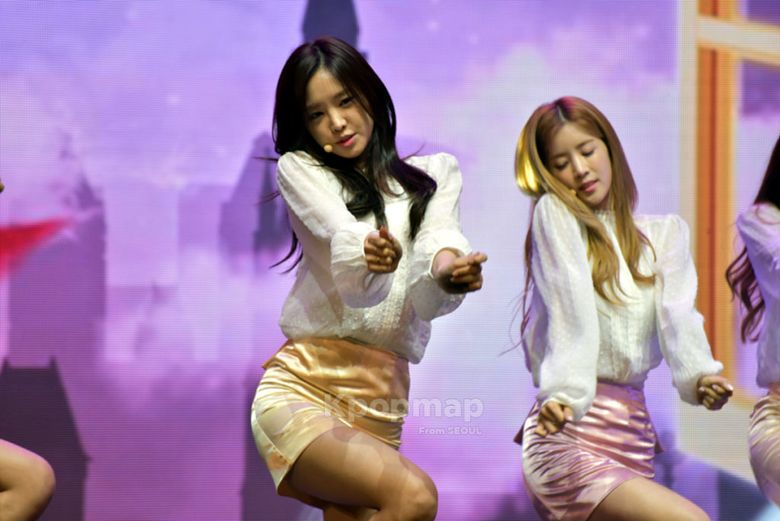 She may not be the leader, but she's frequently known as the mom of the group. EunJi's caring and considerate side just brightened up the stage today. When the girls were asked to put down their mics for the photo time, EunJi went to grab a cloth to place the mics on, while the other girls simply put it down on the ground. Also, during the interview segment, HaYoung's mic turned low and didn't sound very well. EunJi, who was sitting next to her, immediately lifted up her own mic for their maknae to make sure that her thoughts were well heard by the audience. The love and care between the members are simply to die for. 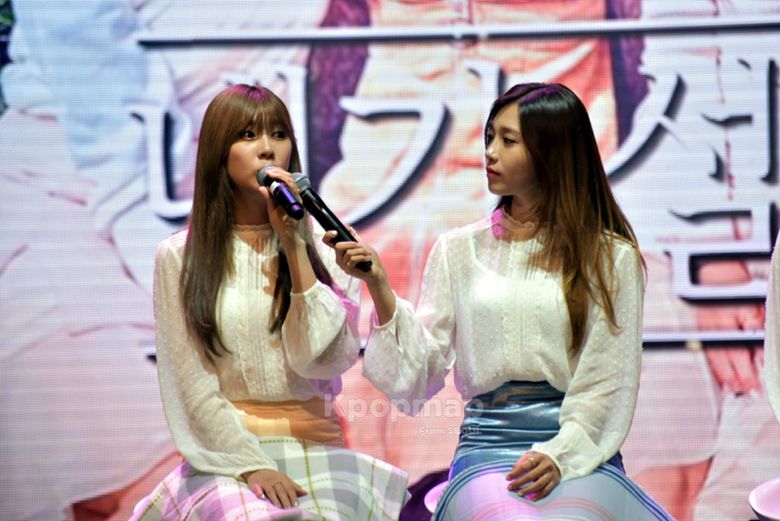 The girls announced that their new album had a special meaning for the growth of the group as artists. The reason was the amount of work and dedication that went into the album by the members. During their beginning era, the girls had little to no say in how their albums would be made. However, the girls took a major role in the making of their new album from start to finish. The girls all took part in the decision for concepts, outfits, and even the choosing of their album’s photographer and music video director. The growth and revolution of the girls can be clearly seen throughout the whole “Pink Revolution” album, as the entirety of the album just fits naturally with the girls as a group. 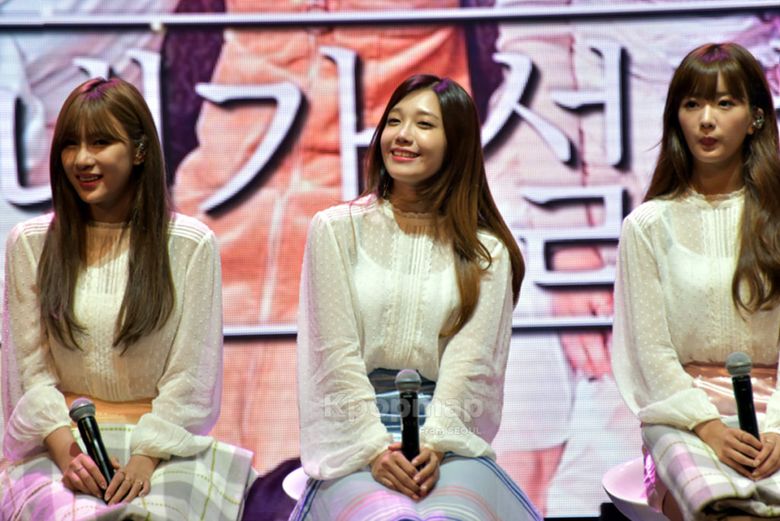 APink members all took their part in completing the album as a whole, but only one special member took part in the writing of the songs. The adorable-yet-fierce leader, ChoRong once again took to the studio to write out the lyrics for two of their new album's songs. Fans will be able to hear the personal thoughts and reflections of the idol through the tracks “To Us” and “The Wave”. With so much care that went into this album, the girls expressed how the overall quality of the album was higher than ever. 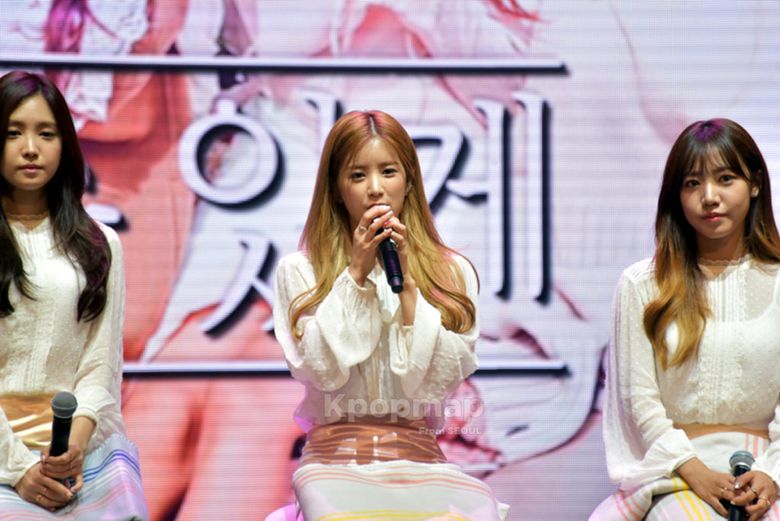 When they were asked what they hoped for through their new promotions, HaYoung took the mic to express her wish to spend more time with their Pink Pandas. It had been a while since the girls promoted all together as 6. With it, the girls missed interacting with their fans. The girls expressed how they wish to hold many fan events with their new promotion, so the girls and their fans can spend lots of quality time together. The new album also has the APink’s fan song, “The Wave” that was pre-released back in April. The new album seems like it will be a meaningful era for both the fans and the idols. 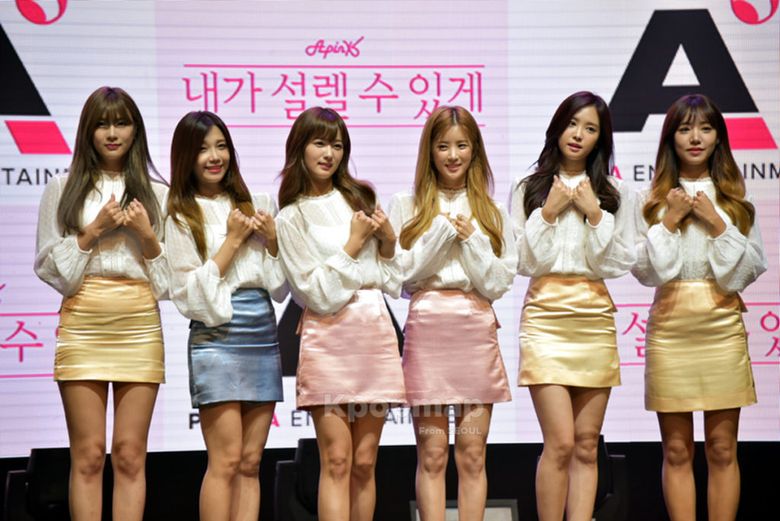 We hope you enjoyed your autumn date with the beautiful goddesses, APink!