10 Things Only Found at Gugudan Showcase 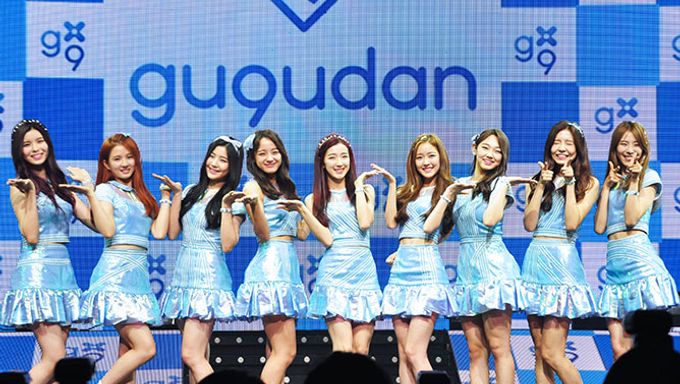 Kpopmap was invited to Gugudan's "Wonderland" Showcase, and we bring you the 10 things only found at a showcase hosted by the Gugudan girls!

Gugudan just made their long awaited debut with their 1st mini album "Act 1. The Little Mermaid" and the title track 'Wonderland'! We brought Gugudan closer to their fans through a live feed of the entire showcase through Twitter - at real time! Did you miss it? Don't worry! We've collected the entire interview and review, just for you!

The showcase showed great potential as a successful start for the girls. Numerous reporters from various news sites came to see the newly debuted Gugudan rookies (and of course, Kpopmap!). The members presented various clips, performed 2 songs in total! The girls performed their title track 'Wonderland' with that innocent and youthfulness, as well as 'Good Boy'. The girls continued on to answer personal interview questions as well as hold a session for photos.

All throughout the showcase, we couldn't help but be completely mesmerized by these adorable cuties! But thanks to the undivided attention, we were able to find 10 unique points that can only be found at Gugudan showcases! 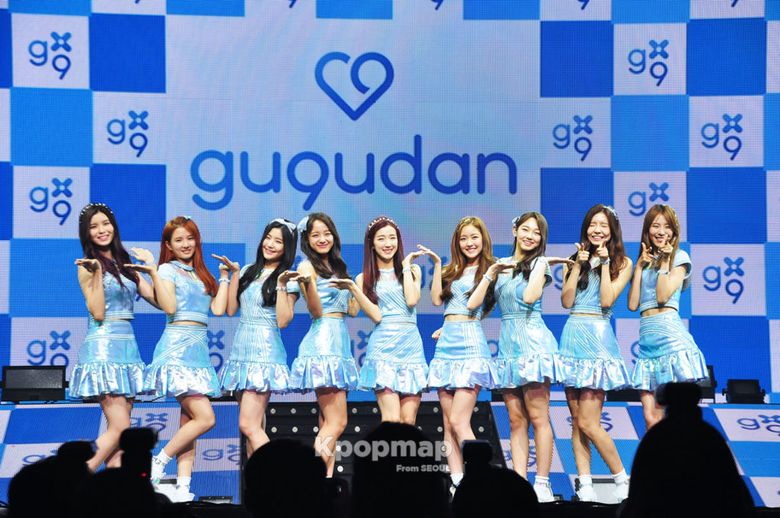 The Gugudan showcase started off on a note that differentiated them from others! The whole concept for the comeback album was The Little Mermaid and Wonderland. To get the audience in the perfect mood for the showcase, the concert hall was full with fairy tale music! While we waited for the showcase to start, we were welcomed with the sound of tracks from Disney's "The Little Mermaid", as well as common background music found in fairy tale themed amusement parks. 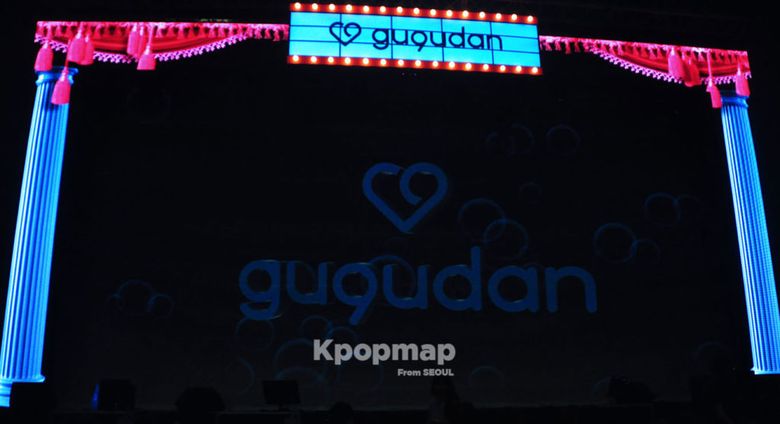 As the Gugudan girls performed their title track, "Wonderland", one member in particular caught the attention of the audience. The main vocalist, HyeBin, belted out her notes at the climax with the most peaceful expression and without missing a key! HyeBin proved that the Gugudan girls are the latest rookies to look out for by showcasing her vocal talents that are unlike a rookie, but more of a veteran! 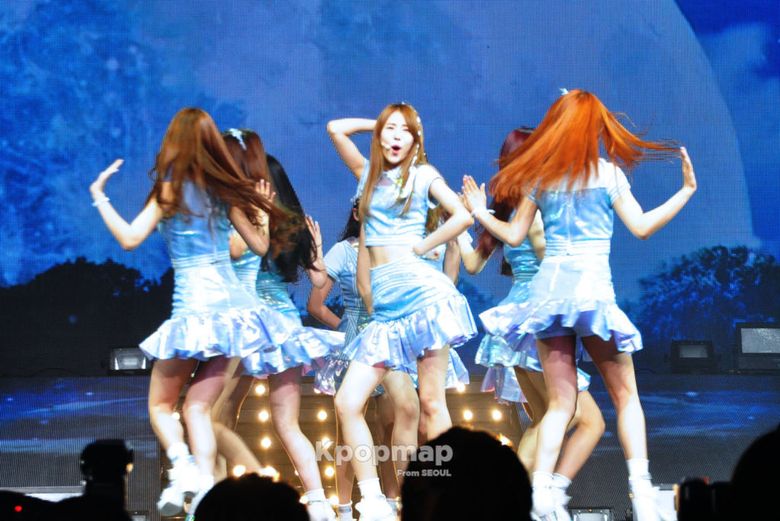 During the photo time segment, the Gugudan girls gave a surprise present for the reporters as they individually posed in what they called the "Wonderland Poses". Each girl posed in a way that conveyed their interpretation of the Wonderland concept. What was even more adorable was that the girls admitted that they had practiced the poses for 2 whole days! Just for the showcase! 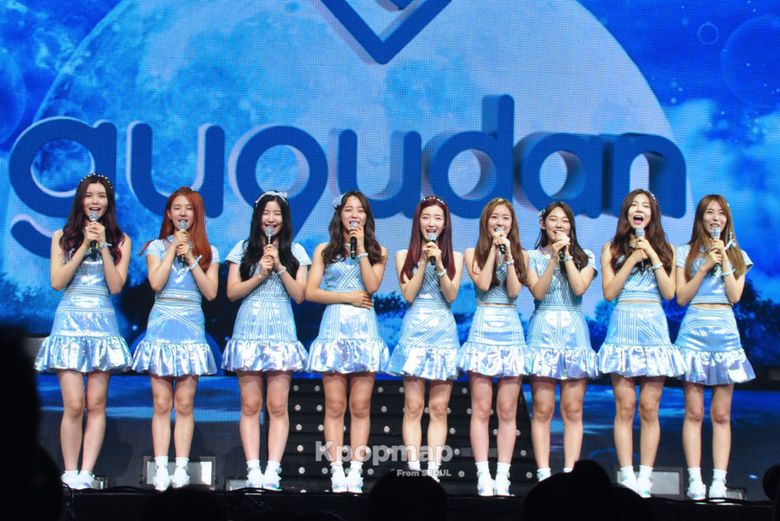 The girls certainly prepared for their debut performance! The girls had showcased the performances for their two songs, "Wonderland" and "Good Boy". Both performances were full of unique and creative choreography that kept the audience alert and completely entertained! The most powerful dancer and maknae, HyeYeon, showed us the main point dances to the "Wonderland" song that fans should be on the look out for.

6. WONDERING WHAT THE DIFFERENCE IS?

We had to ask. With so many new girl groups with similar styles, how did Gugudan prepare to set themselves apart from the rest? The girls confidently answered that their unique theme was the differentiating point! The girls plan to promote on a theatrical theme, with "The Little Mermaid" being the first act. Even their choreography contains a lot of theatrical like performances! With the latest trend being soft innocence, the girls hope to set themselves apart with their bright forwardness and strong energy. The girls had also expressed that they would like to be known as "KeukDanDols (KeukDan = Theater and Idols) aka Theater-dols! 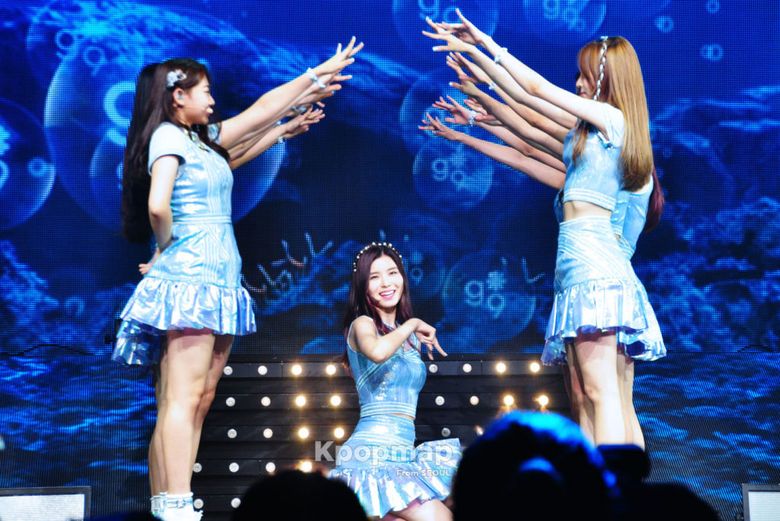 It seems Jellyfish Entertainment sure knows how to prepare their rookies! The girls were well prepared and practiced for the showcase. Their performance was on point, their reactions were on point and the in depth answers to the reporters' questions were on point! The girls carefully answered each question with sincerity, honesty, and depth. At one point, we were confused if they were rookies at all! 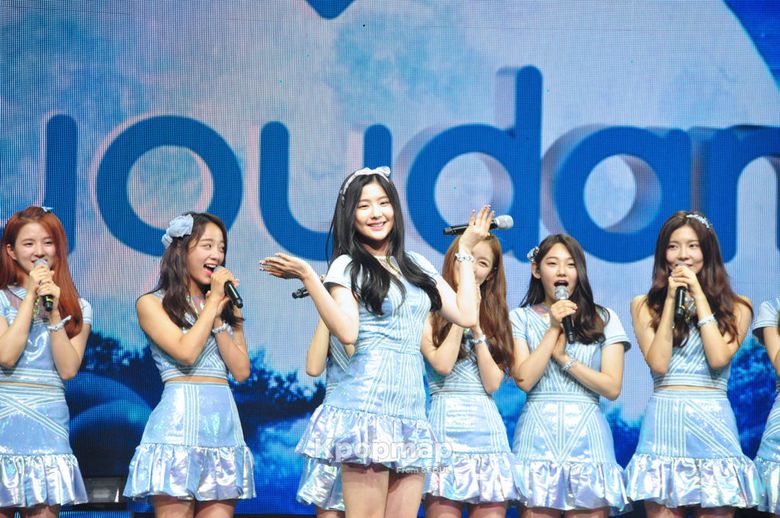 The whole showcase continued on well past an hour; however, the Gugudan girls didn't seem phased by the length at all! The girls were constantly bright and so full of energy from the beginning to the end. The girls laughed so brightly that we couldn't help but laugh along, and the girls had the perfect reactions to every joke and curve ball the host, MC DingDong, had prepared for them! 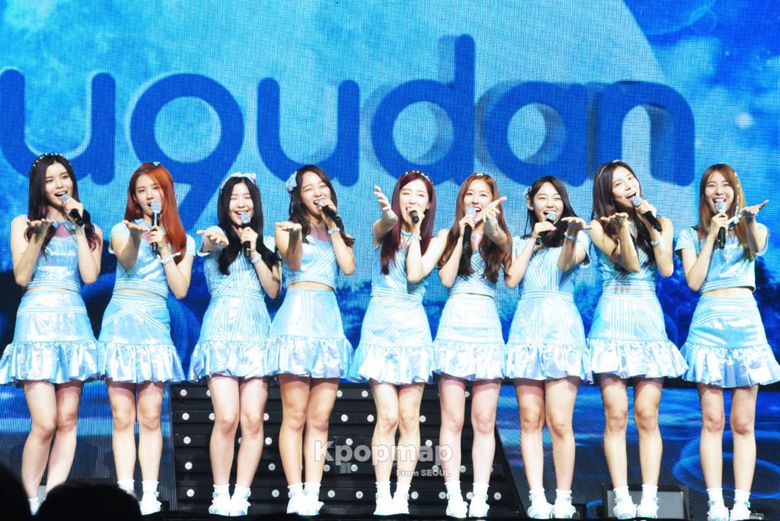 Being the first girl group from Jellyfish Entertainment, the Gugudan girls probably felt a lot of weight on their shoulders. To help them recharge their confidence and strength, the seniors of Jellyfish Entertainment had surprised the girls with a video present! Each senior from both artists to actors alike, cheered on the girls with a short but meaningful message. The Jellyfish family love was definitely strong. 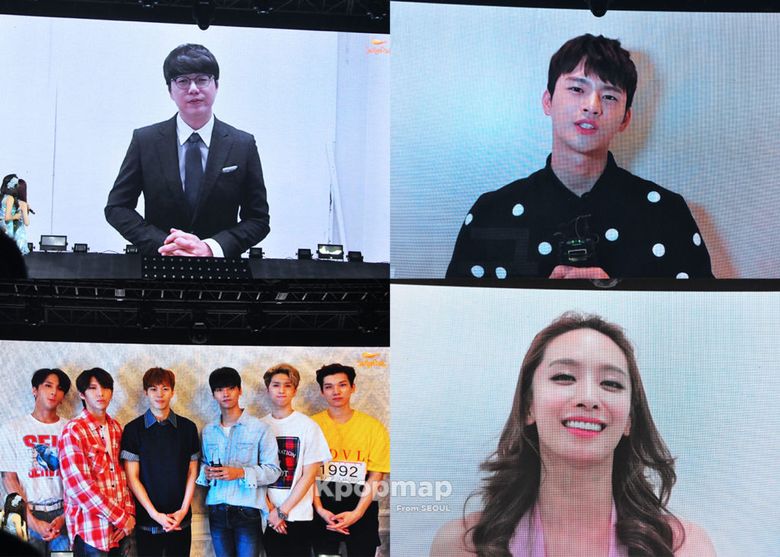 Great news for the Gugudan girls! The girls had debuted with their song, "Wonderland", placing at 17th place on the music charts! 17th place may not seem a lot, but with so many powerhouse groups making their comeback and monster rookies debuting, the 17th place for a just debuting rookie is certainly something to be proud about! The great potential for their future was ever to evident not only through their music achievements, but also the amount of questions the reporters had for the girls. Usually, a rookie team would have a minimal amount of questions from the audience, but the amount of hands of reporters that went up for questions were certainly remarkable! With so much love and attention at such an early stage, the girls had expressed that they hoped to become a group that consistently improves to present the audience with outstanding quality of  music. 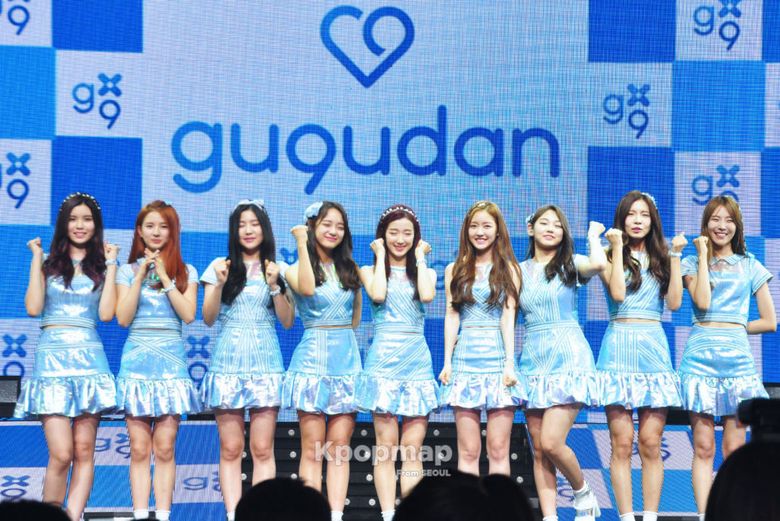 That completes the 10 unique things you can only find at a Gugudan showcase.

Make sure to stay tuned for our next showcase live feed!