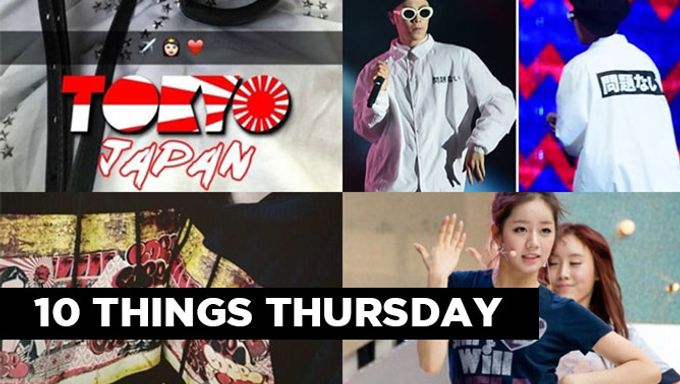 For anyone who knows anything about Korean culture, there's still some unresolved feels between Korea and Japan. The trouble stems as early as the Joseon era of 1910 to the time of World War II, when Japan forcefully occupied Korea. Much of the icky issues that arose during the time period (such as the Comfort Women) are still considered highly sensitive topics, as some issues have yet to even be resolved. With so much high tension around the subject, when one even remotely insults the suffering, all chaos breaks loose.

Must Read : 10 Things: The Greatest Scandals of Cube Entertainment

K-Pop idols are people, and people are bound to make mistakes. For this week's 10 Things, we cover the 10 K-Pop idols who have caused controversies by mistakenly looking lightly upon the Japanese occupation of Korea. After realizing their insensitivity, each idol has sincerely apologized for their moment of ignorance.

The most recent incident involves SNSD's happy virus, Tiffany. On the National Liberation Day of Korea (August 15th), Tiffany posted a backstage photo on Instagram of the SNSD girls after the "SM TOWN Live World Tour V" at Tokyo Dome. The problem stemmed when the caption included the Japanese flag. On her SnapChat, Tiffany also uploaded a chat with the words "Tokyo Japan" written in the design of the Rising Sun Flag (the Japanese Flag at the time of their imperialism era). The fact that the idol had posted such emoticons on a national holiday celebrating the Korean flag, much of the Korean netizens were up in arms against the idol. 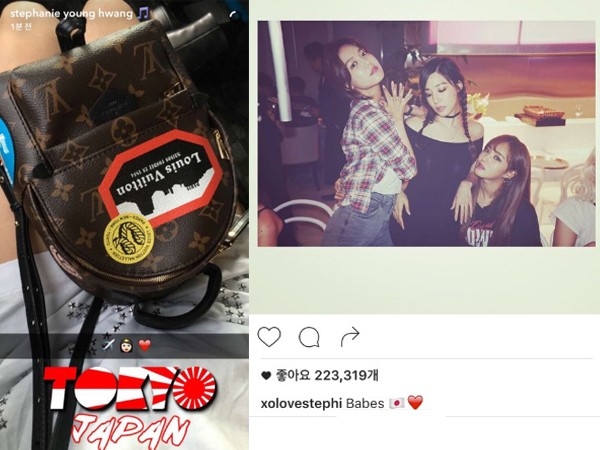 Tiffany wasn't the first moment of insensitivity by SNSD. The group's "Genie" album cover had featured a specific plane that looked a lot like the the Japanese fighter jets that were used by kamikazes during World War II. As one of the main K-Pop icons and representatives of the Korean culture, netizens felt that the album mishap was a slap in the face for Koreans. 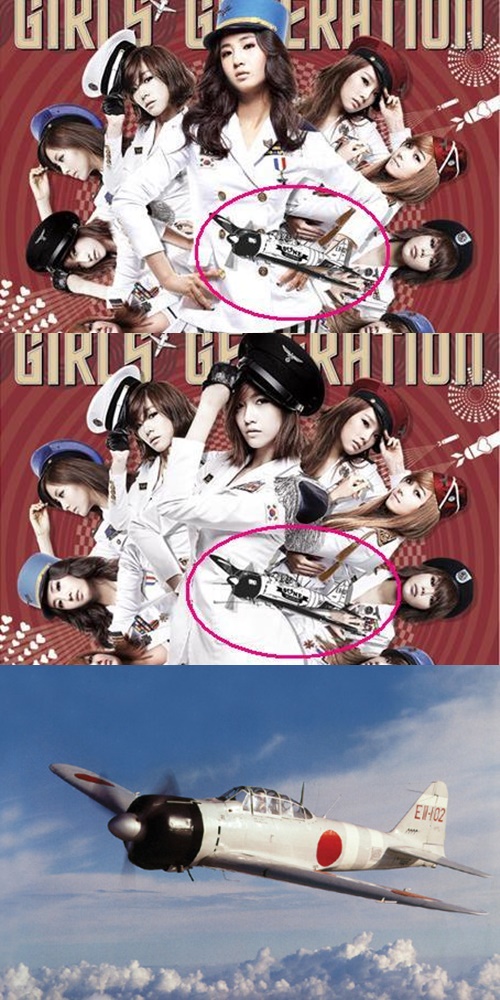 Talking about group mishaps, 2PM also caused up a riot when they performed on a specific stage. The beast idols had performed one of their hit songs in front of a rising sun flag background. Needless to say, the boys had a rough night of heavy criticisms. 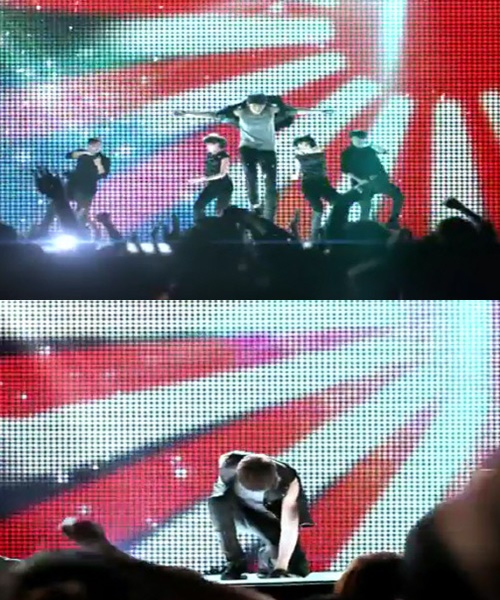 2PM weren't the only K-Pop boy bands to mistakenly broadcast the taboo flag. VIXX had visited Japan during the filming of "VIXX TV". During one episode, the boys were seen wearing a hat costume that featured the specific designs of the rising sun flag. The incident stirred up boycotts of the show as well as heavy criticism for the boys' ignorance. 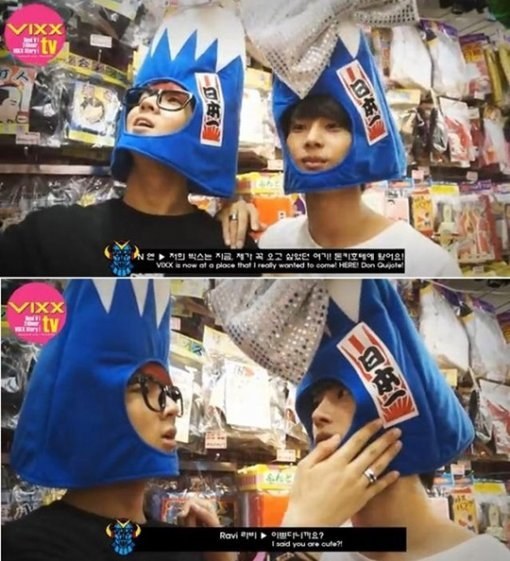 4Minute's scandelous rebel, Jang HyunSeung had also seen his fair share of the rising sun mishap. A photo of the idol with fellow Trouble Maker member, HyunA had stirred up a controversy when it surfaced online. The two idols were wearing identical sweaters, but the image that very closely resembled the rising sun flag could be seen on HyunSeung's chest. 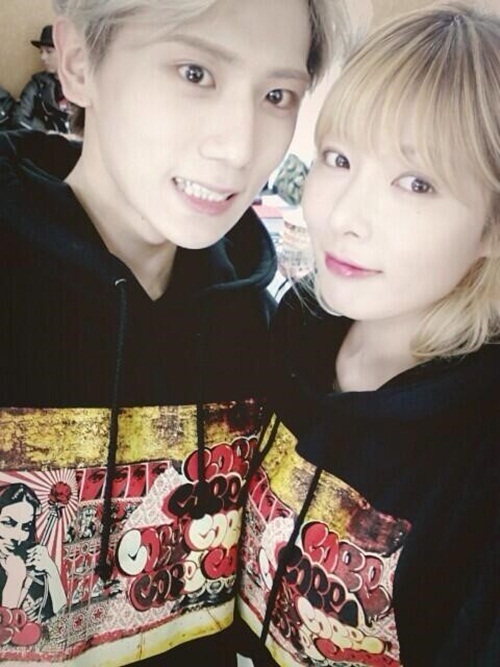 P.O probably knows exactly what Tiffany is feeling, because he made a very similar mistake just a few years ago. During the 70th anniversary of the National Liberation Day of Korea, P.O had participated in a special concert event with the BLOCK B boys. However, his choice of clothing was the root of the problem. He had worn - on the special holiday performance - a white shirt that featured the Japanese language that meant "nothing's wrong". Although he probably didn't mean it, the concept came off as though the fact that the Japanese forcefully occupied Korea was no big deal. 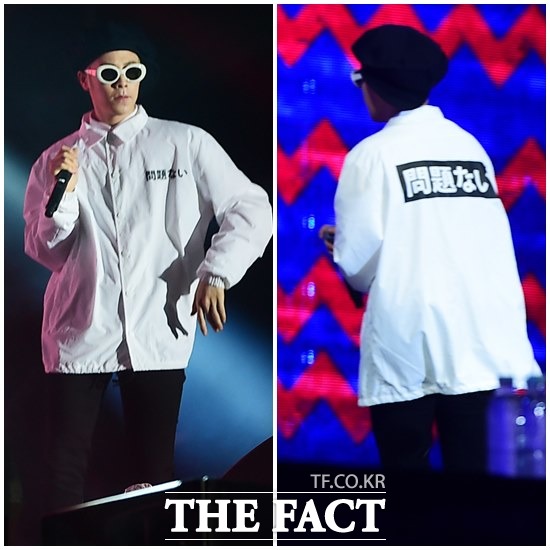 Much like P.O, Girl's Day's HyeRi had also once chosen the wrong performance outfit. The idol had worn a shirt that literally spelled out "My Shirt Will HELP Japan" with the rising sun design inside a heart. As a K-Pop artist, performing a Korean song, on a Korean stage - this was definitely not well received. 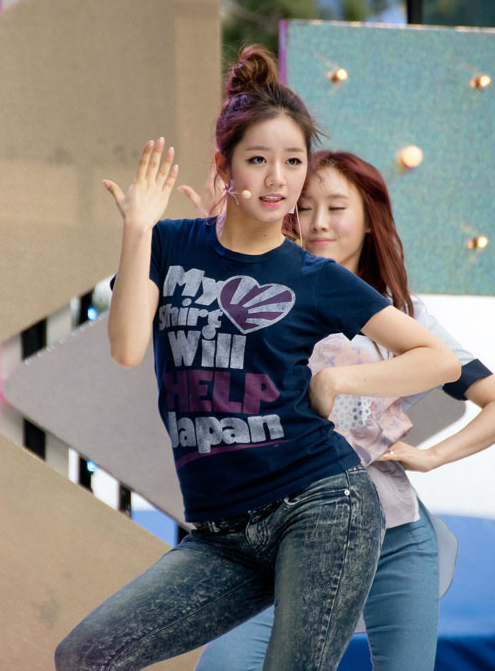 Taking a trip back in time, there was a time when the world famous star of BIG BANG had made a similar wrong choice in wardrobe. Back in the early BIG BANG era, T.O.P wore a jacket that featured a rising sun flag-like designs on the chest. He had come on a national TV show with the said jacket, enraging multiple netizens. 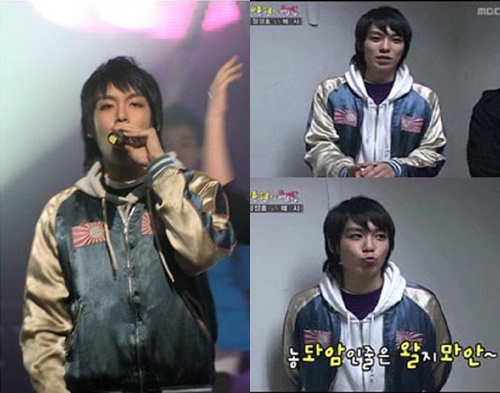 T.O.P's fellow member, G-Dragon had also been the center of hateful comments when he was seen posing for a cutout that featured the rising sun flag design. Needless to say, we believe the BIG BANG members had learnt their lessons. 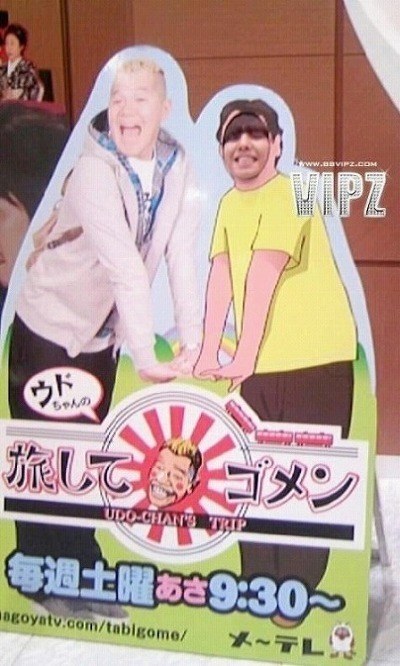 A trip back to only a few months ago, AOA was the center of controversy for not recognizing a historical figure during the Korean liberation. The said historical figure was Ahn JoongGeun, who was an independence activist famous for assassinating Japanese tatesman and former Resident-General of Korea - Ito Hirobumi. JiMin and SeolHyun continued to mistake the national hero in a joking manner, which brought on the fury of netizens. 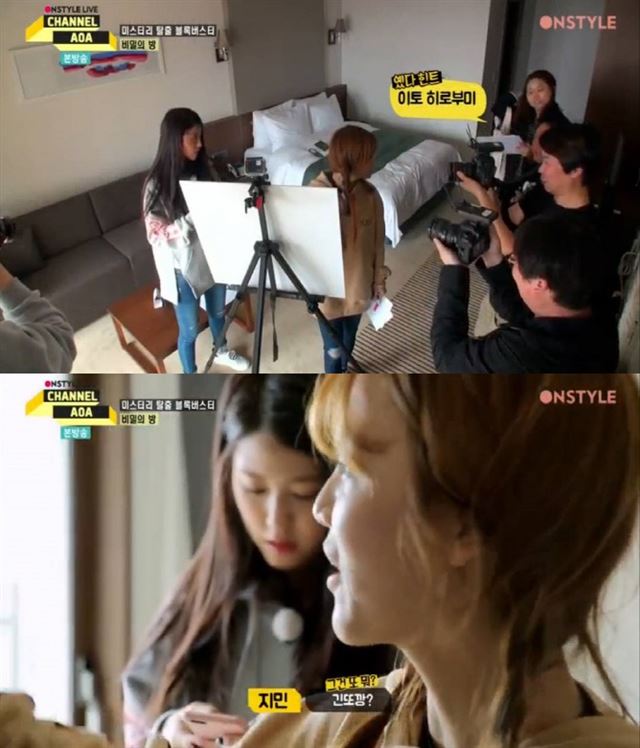 but Bella Poarch's tattoo issue was very huge... made controversy to both S. Korea and the Philippines

Yes she made me start to dislike philippines because of her and her filippino supporters.

Don't be racist lol she already apologized about it