150731 Music Bank : INFINITE talks about competing with SNSD for #1 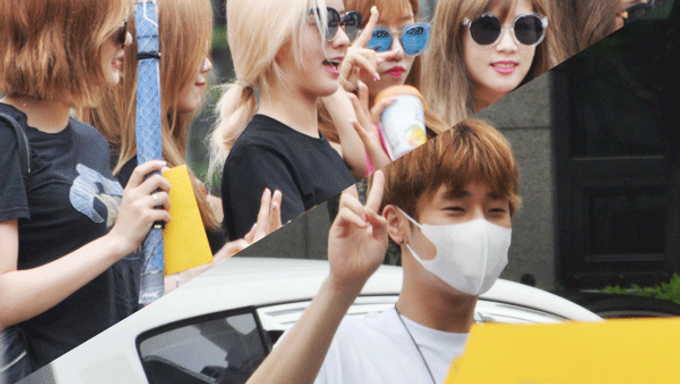 Do you remember that INFINITE express shock after 'Bad' beats Girls' Generation on 'Music Bank' on July 24. It's back for its weekly show featuring performances by your favorite artists again.

Last week, as for the winners, Girls' Generation and INFINITE were the nominees, but the 7-member male group, won an award on the episode of the show for their title song. While INFINITE has won numerous awards in the past, the seven men expressed shock and excitement after realizing that they and not Girl's Generation won the weekly award. Going up against SNSD, INFINITE won first place on Music Bank with 6,770 points. Immediately after winning, #Bad4thWin reached number 1 for worldwide trends on Twitter.

Some of 18 K-artist teams arrived at the KBS ‘Music Bank’ to have a rehearsal on July 31, 2015 in Seoul, Korea. So which teams are in the Music Bank #1 candidate this week?

Super Junior vs APINK vs INFINITE vs Hyuk.O band