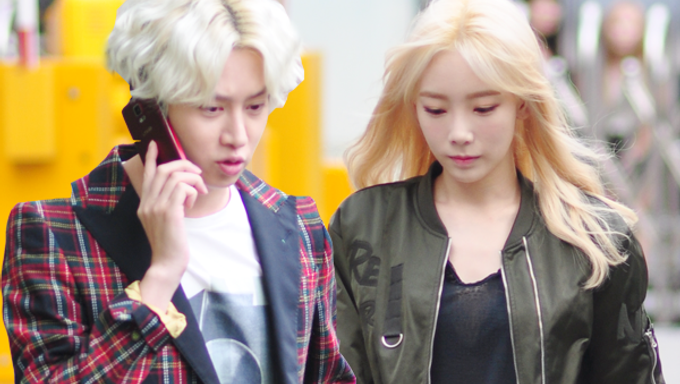 While Super Junior Heechul has no promotion scheduled, He, who is known for the best friend with Girls' Generation's Taeyeon, didn't stop him from making a trip to the KBS building to show his support for label mate girl groups including Girls' Generation and  Red Velvet.

He was keeping a wary eye when our reporter took a picture of him.

The girls gave press a sweet smile when they arrive.

For his dear friend SNSD and Red Velvet. Please show lots of love for ‘Lion Heart,’ and 'Dumb Dumb'!

Meanwhile, for a special comeback promotion for Monsta X, the seven members disguised their identity to look like secret agents with black suits and sunglasess. And then they prepared sweet things like candy at the pre-recording site of ‘Music Bank’ for some of fans and reporters as a special performance toward them, and showed their charisma side, yet remained humorous as they posed.