There were a lot of sweet and romantic scenes in the most recent episodes. This scene was selected because it shows that the couple has sincere feelings for each other.

They are facing an obstacle: the opposition of his brother to their couple. They need his approval. Seo YeJi is quite frustrated as the brother is not intending on agreeing. 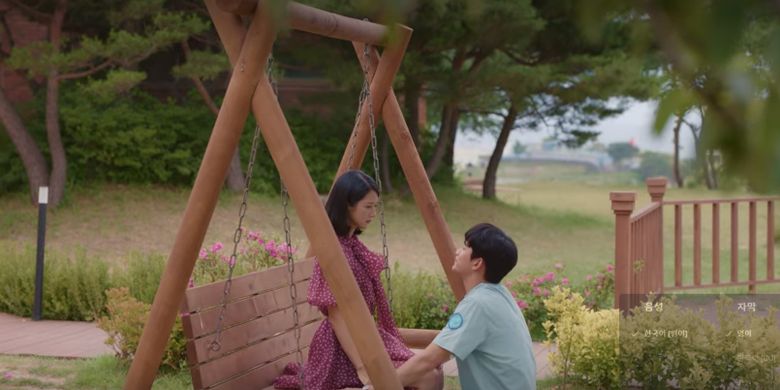 At first, she refused to wait for the brother to open his heart to her. Kim SooHyun made her sit on a bench and kneeled down to explained to her that his older brother was afraid of losing his only family member (himself). Their strategy should be to make the brother know that she will become one more member of the family instead of taking Kim SooHyun away from him.

Seo YeJi calmed down and agreed with him.

Kim SooHyun, with a sweet smile and loving stare, patted her hair and said: "Good girl".

Seo YeJi and Kim SooHyun are both finding happiness and stability through love (at least in this scene).

Kim YooJung wants to learn English but she has no time. She keeps on pushing her study to later. Ji ChangWook made a special study desk for her at the convenience store so that she can study there while working there.

She was touched by the surprise and hugged him at his surprise.

When she stopped hugging him, he shyly was the one that hugged her again.

If you missed last week's selection, you can check here. 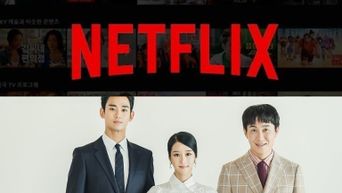 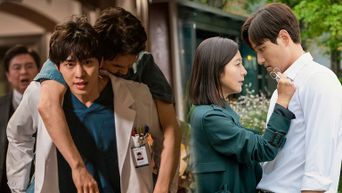 Kim Soo-hyun was so sweet in that scene