At the psychiatric hospital, Kim SooHyun punched the man who was hitting Seo YeJi. He rescued her but as a caregiver, it was wrong of him to make use of excessive force during his work time. In the end, he was suspended as punishment.

Running out of the hospital to find Seo YeJi on a soft OST, he sincerely and brightly smiled at her when he reached her in the garden. He finally opened his heart to her and for the first time seems happy and as if he was free.

Kim SooHyun: "I got suspended. They're not going to pay me during my suspension and I'm probably going to get sued."

Kim SooHyun: "Everything is so messed up."

Kim SooHyun: "You said that before, you'll run away with me whenever I want. I want to go on a trip with you. Right now."

He offered his hand and said, "Let's go".

She grabbed his hand softly and they looked with love at each other while smiling. They are finally becoming a couple.

Kim YooJung and Ji ChangWook looked for the swindler who made her lose her house and money. On their way back home (she is temporarily living at his house), they had a heat fluttering time while riding Kim YooJung's scooter.

At the back, Ji ChangWook was trying to keep his balance without touching her but because of a bump of the road, he had to grab her shoulders.

Leaving the two of them awkward for the rest of the ride.

Stay tuned next week for more scenes. If you missed last week's selection, you can check here. 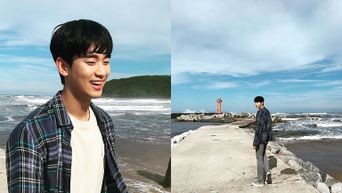 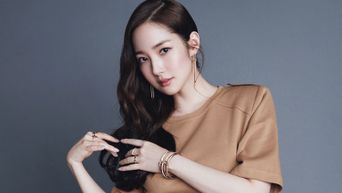 Kim Soo-hyun is sooooooo good at acting. I love this coouple. Love his smile