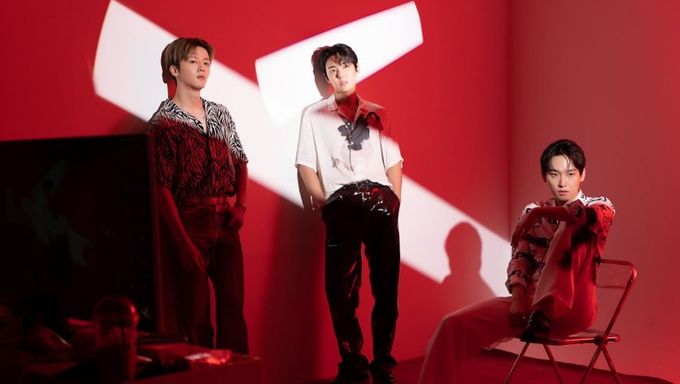 Something every K-Pop fan has to face in their lifetime is the sadness of their bias going off to the military to serve the nation. Serving in the military is an unchanging reality and the pride of all Korean men. From 2021 to early 2022, idols born in 1993, who have not enlisted yet, will have to leave for their mandatory military service. In this respect, recently, an online community posted a list of K-Pop groups, their debut year, and the year they're expected to start enlisting in the military.

DAY6, SF9, VICTON and Golden Child members have to start enlisting in 2021. SF9's Chani revealed on their latest fan meeting that it might be the group's last fan meeting with 9 members for now. This is because members InSeong and YoungBin, both born in 1993, might have to enlist soon. VICTON member Han SeungWoo has already enlisted even though he had more time to enlist since he was born in 1994 and as such, their enlistment has started earlier than expected. 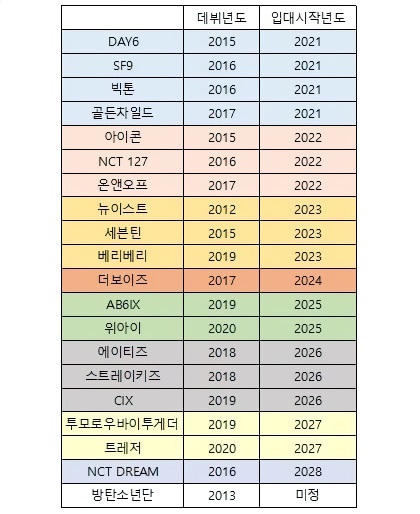 Which K-Pop group's enlistment are you dreading the most? Share your thoughts with Kpopmap in the comments section down below! 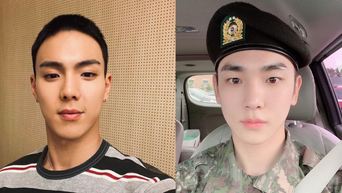 sehyoon from ace been announced he going into miltary in just three weeks time. Omg the pain is unreal. It really heartbreaking he not even gone yet and I’m dreading it.