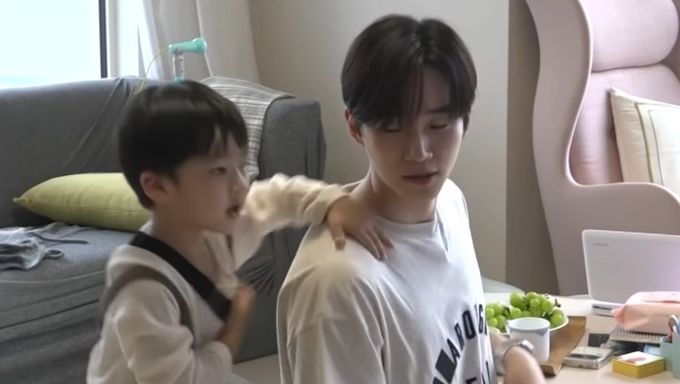 In the preview for episode 419 of "Home Alone", 2PM's JunHo is seen spending some quality time with his nephew who is simply elated by his presence. The affection he has for his uncle is clearly visible on his face as it lights up when JunHo shows up at their doorstep.

Later, they watch JunHo's performances on the TV together with WooJin (JunHo's nephew) following his every step and even copying his ending pose to a tee! JunHo's reaction as WooJin "performs" in front of him is simply adorable. WooJin also has a nickname for his uncle: "'Make It' Uncle"! For those who might not know, 2PM recently made a comeback with their album "MUST" and the lead single 'Make It', also known as "해야해" (haeyahae) in Korean. WooJin therefore lovingly calls JunHo his "haeyahae samchon". Finally, JunHo shares a very important moment with WooJin as he teaches him how to ride a bike.

You can watch the preview below!

JunHo will soon be making his screen comeback with the highly anticipated historical drama "The Red Sleeve" alongside actress Lee SeYoung. It is a historical romance drama about a determined court lady who wants to choose her own path in life and a king who puts his country first. Are you excited for "The Red Sleeve"?

What do you think of JunHo's familial affections? Share your thoughts with Kpopmap in the comments section down below! 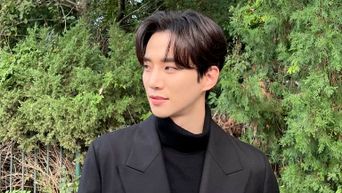