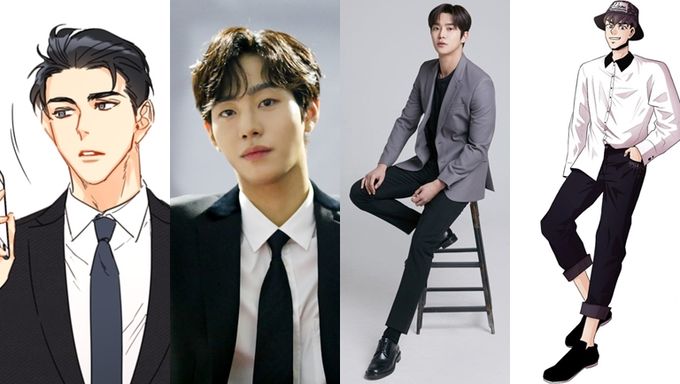 Here are the dramas based on webtoon confirmed to air in 2022. We often update the list, don’t forget to bookmark us for updates.

The web novel and webtoon "A Business Proposal" also called "The Office Blind Date" (in Korean "사내 맞선") by HaeHwa, Perilla, and Narak will be adapted into a drama. It tells the story of an ordinary office worker who disguises herself and goes on a blind date with her attractive boss in the place of her friend with the goal to end this unwanted marriage blind date after her request. 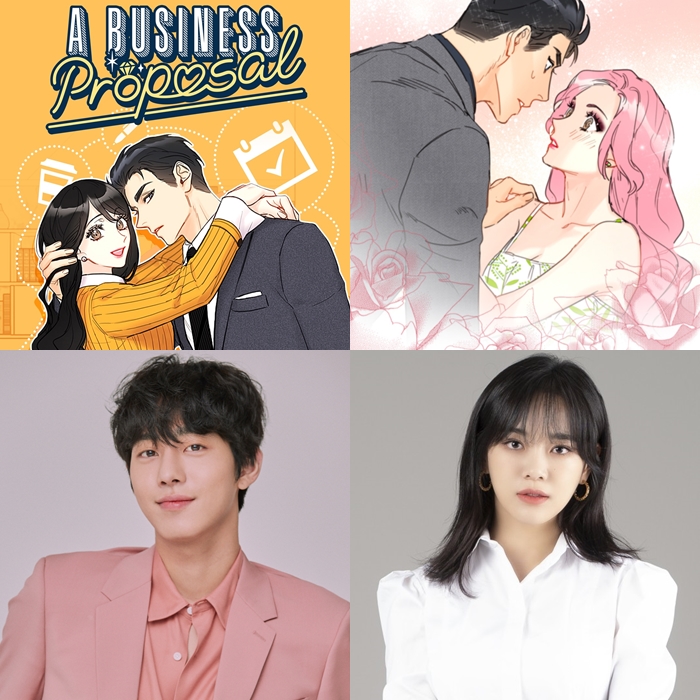 Ahn HyoSeop is confirmed and Kim SeJeong (Jo BoAh was first in talks) is in talks for the drama. The drama will air on SBS in the first half of 2022.

Find out more about the drama and webtoon the cast and summary here.

The fantasy webtoon "Tomorrow" (in Korean "내일") by RaMa will be adapted into a drama. It tells the story of the job seeker Choi JunWoong who fell into a coma due to an accident and entered the Special Crises Management Team of the underworld. The Special Crises Management Team was created because there have been too many suicides leading to an unexpected situation in the underworld. Their duty is to take care of humans with a high risk of suicide and to make them want to live. 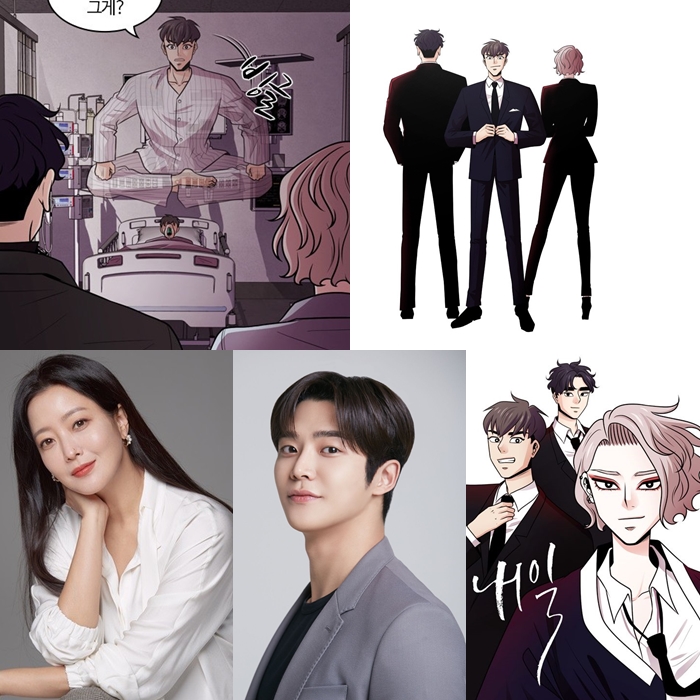 The drama will be produced by SuperMoon Pictures who previously worked on "My Strange Hero" and "Goodbye to Goodbye" and StudioN. SF9's RoWoon and actress Kim HeeSun are in talks for the adaptation. The filming would start at the end of 2021 and the drama would air in 2022.

For more information about the drama and webtoon, you can check here.

Studio Dragon announced that they will adapt the thriller webtoon "Duty After School" (in Korean "방과 후 전쟁활동", literal translation "After School War Activities") by Ha IlKwon into a drama. It tells the story of students of the country about to pass the CSAT who have been conscripted to fight an unidentified object for extra points. 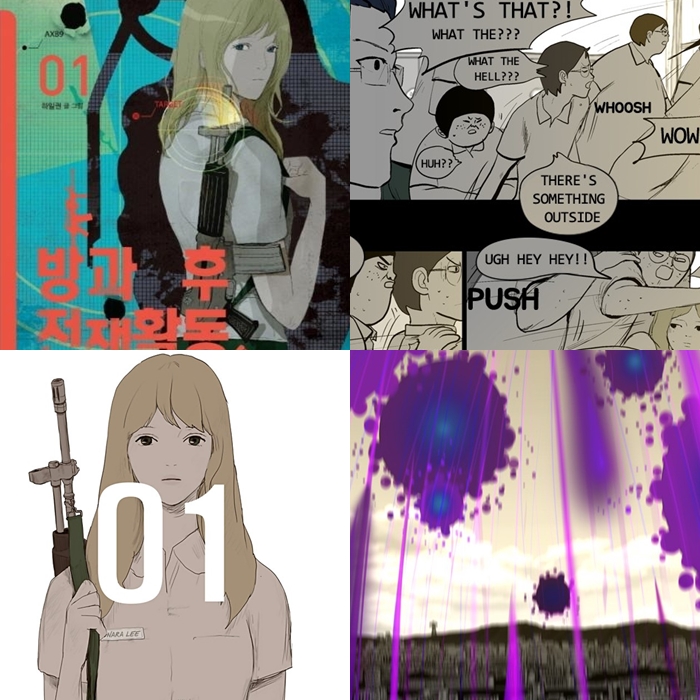 PD Sung YongIl ("Class of Lies") and writer Lee NamKyu ("The Light In Your Eyes") are in charge. They aimed to release it in 2022.

4. "All of Us Are Dead" / Schedule status: From January

The webtoon named "Now at our School" (in Korean "지금 우리 학교는") by Joo DongKeun was announced to be adapted into a drama. It is a zombie related webtoon restricted to readers under 18 years old, written in 2009. It tells the story of those isolated in a high school where a zombie virus has been spread and those who are trying to save them. 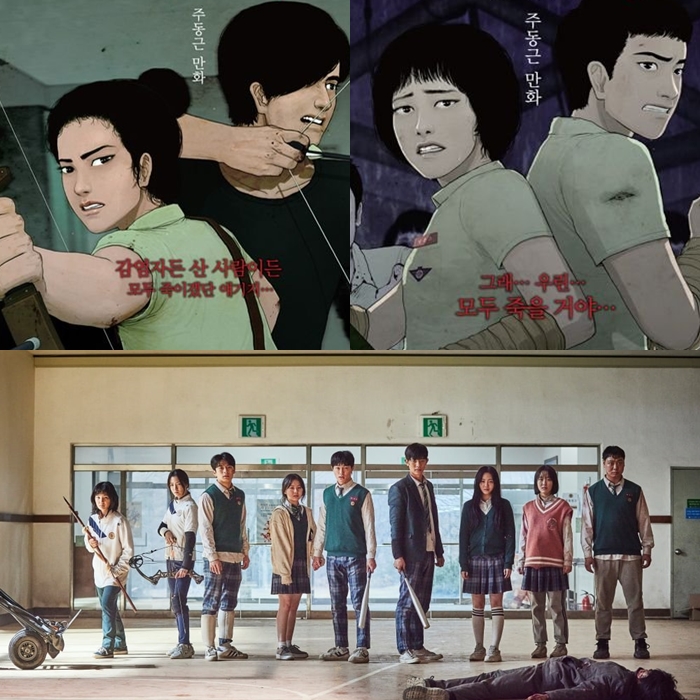 "Now at Our School" Webtoon / Netflix

The drama will be a Netflix Original Korean drama under the title "All of Us Are Dead". The PD of the drama is Lee JaeKyu who worked on dramas such as "The King 2 Hearts" and movies "Intimate Strangers", "The Fatal Encounter", and "The Influence". Yoon ChanYoung, Park JiHoo, Cho JiHyun, and more were cast.

For more information about the drama and webtoon, you can check our cast and summary here.

The manhwa (manga) and webtoon "Island" (in Korean "아일랜드") by Yoon InWan and Yang KyungIl will be adapted into an OCN drama. It tells the story of monsters of Jeju Island which have been looking for opportunities to get rid of the human world for a long time and which started to target a chaebol heiress who arrived in Jeju Island. 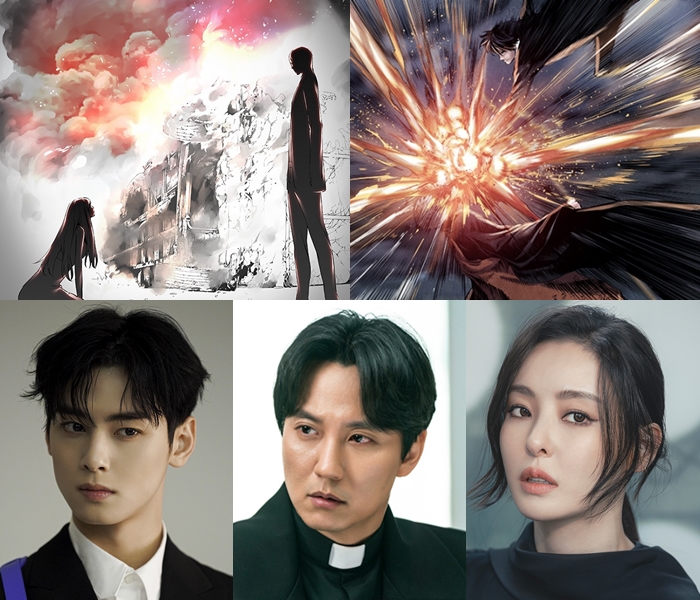 Kim NamGil, Lee DaHee, ASTRO's Cha EunWoo, and Sung Joon are the leads. The drama will air in the first half of 2022 on OCN.

Find out more about the drama and webtoon the cast and summary here.

Don't forget to check the dramas of 2021 based on webtoon. Dramas such as "Hunting Dogs" and "The Sound of Magic" are still included in the 2021 list until there are more official information about their release date.

Don't forget to also check the list of dramas based on webtoon waiting for broadcast confirmation: 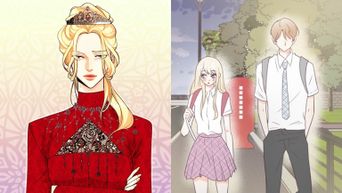 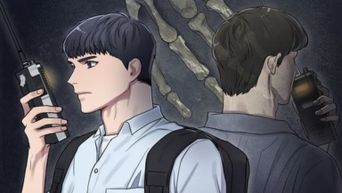