3 Female Idols Tiffany Would Want To Make Super Group With 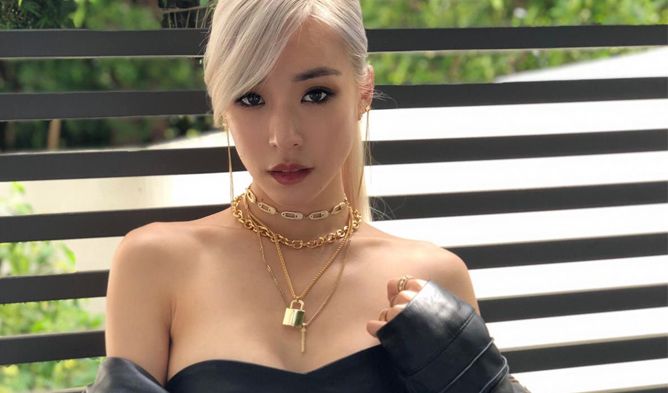 Super groups are quite the trend these days in the world of K-Pop. Just recently, Tiffany recently sat down with POP CRUSH to discuss her recent release ’Teach You’ along with various other things.

Amon them was who she would want to make a super group with. While she did say that Girls’ Generation will always be her first choice, she talked about some of the younger female idols out there in the scene that has caught her attention.

The first is none other than Red Velvet’s Seulgi.

“I love SeulGi from Red Velvet. Her performance is just impeccable. I’ve watched her grow up before she got on stage and now that’s she’s on stage, and how much she’s grown, she’s definitely somebody to watch.

The second idol she chose was MAMAMOO’s Hwasa.

“I think MAMAMOO’s Hwasa is charismatic AF. We’ll need more of her.

And the third was BLACKPINK’s Lisa.

“I love Lisa from BLACKPINK, like her performance. You know what? I think I’m choosing all of the girls with amazing stage presence. Those three are definitely ones that I’ve kept my eye on because I love charismatic girls and girls who love to try on different fashions. They’re daring! I love it.”

What do you think about the idea of a super girl group consisting of Tiffany, SeulGi, Hwasa, and Lisa?