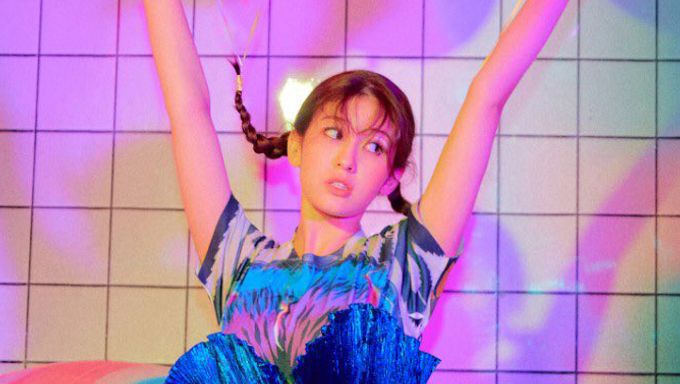 Jeon SoMi will finally be debuting as a solo artist under THEBLACKLABEL on June 13 with her debut track 'BIRTHDAY'.

It has been a long time since fans had waited for her after the end of promotion for I.O.I. For long time fans of her, you would also know that she had been busied with various individual activities.

Finally, the time for her to debut as a solo artist has come and here are 3 different reasons why you should look forward to it.

If you know Jeon SoMi well enough, you would notice that she is a young girl with bubbly personality and positive energy! With the recently released MV teaser for her debut title track 'BIRTHDAY', many of her fans are able to see that she is back with her adorable and also charismatic sides.

Decorated with balloons, bubbles and dressed in various colorful outfits, it looks like Jeon SoMi wants everyone to know that it is her 'birthday' as a solo artist.

#2 Participation in composing 'Outta My Head' and 'Birthday' 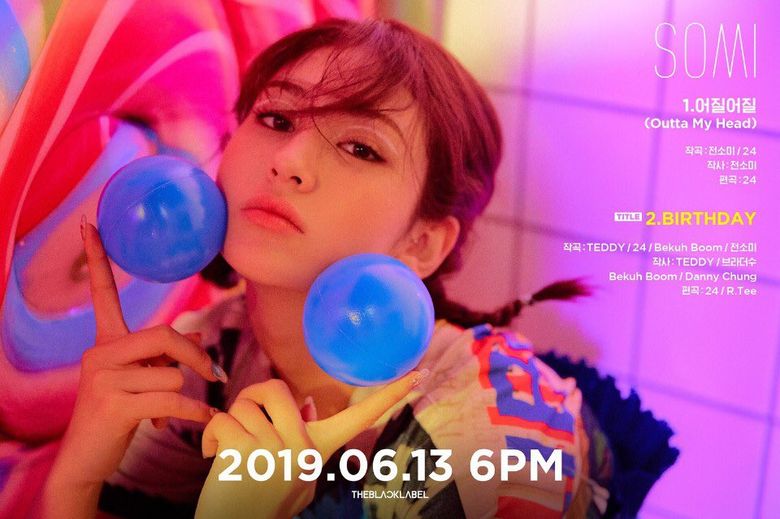 Did you notice that Jeon SoMi had actually participated in the making of both songs in her debut album? For 'Outta My Head', it was shown that she had wrote the song and the lyrics! Needless to say, Jeon SoMi was involved in the composing of the song for 'BIRTHDAY'.

It is never easy to participate in the making of songs and it seemed that Jeon SoMi had put extra effort in her debut album.

Most people actually know Jeon SoMi through the fact that she was had received the highest number of votes on Mnet "Produce 101" Season 1 and became the center of I.O.I. With that being said, it is hard to deny that she has a large fandom and support from many people.

Through her previous training and experience as an idol, many are sure that her debut would become one of the most anticipated event in the K-Pop community.

Are you looking forward to her debut?

aaa
im here after watching sixteen
ikik im late like rlly late lol its 2019 but im happy that somi did a solo album 😀
i wanted somi to be in twice but :DDDD shes great