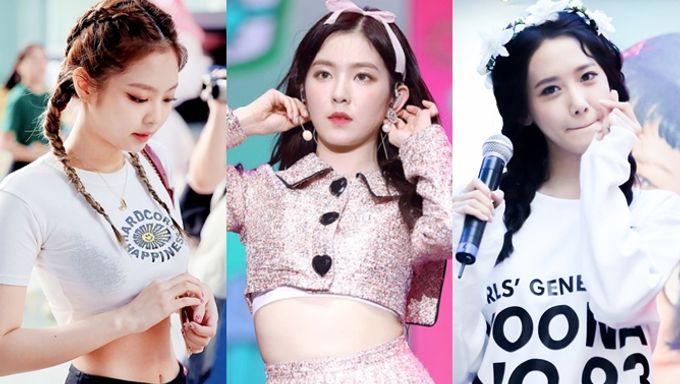 Recently, InStyle Korea released a list introducing the K-Pop idol ladies that women crush on even more than guys do. With good looks, talent, and down-to-earth personalities, any of these ladies would make for the perfect other half to a dream wo-manance. (And that's the female version of bromance, if you're not hip with the lingo.)

Did your K-Pop girl crush make the cut? Check out the list below, and be sure to sound off!

Women come to Red Velvet for their always adorable concepts, but definitely stay for Irene. And who could blame them? As the vocal-strong leader of the group, Irene not only slays with her singing, but stuns with her youthful and innocent visuals.

Over the past 10 years, SNSD's visual YooNa has become such a household name that she's shown up in commercials, dramas, and even on the big screen. Female fans are just as hooked to her acting as they are her stage presence - especially in her latest role for "The King In Love."

Jennie has only been active for about a year now, and she's already slayed her way into female fans' hearts. Not only is the BLACKPINK rapper a definite style icon, but women are particularly a fan of one very specific feature - her full and glamorously pouty lips!

Krystal's flawless appearance has made her a hit as a beauty icon, but it's her overall chicness that has been winning her over with women. Ladies in Korea are apparently hooked to her character - water goddess MooRa - in the recent fantasy drama, "Bride Of The Water God."

Must Read : Kpopmap Charts: 7 Idols Who Almost Debuted Through Other Agencies