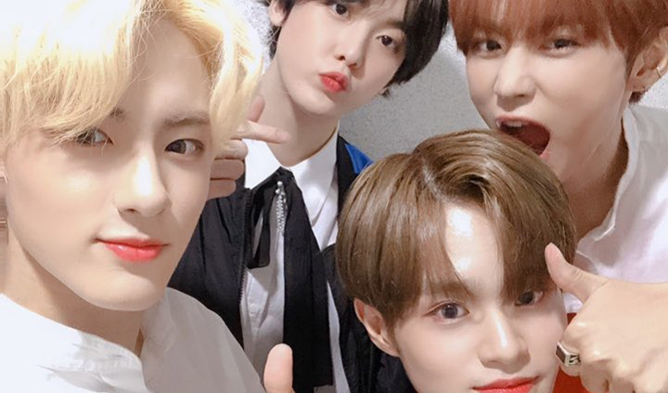 K-Pop fans love interactions between idols from different groups and here is one that they have spotted during SBS “Inkigayo Super Concert” in Incheon on Oct. 6.

If you did not already know, those who are born in the same year are considered as friends automatically according to Korean culture.

With that being said, fans noticed how AB6IX ‘s DaeHwi, THE BOYZ ‘s Eric & SunWoo and ASTRO ‘s SanHa had snapped a friendly photo together during the concert!

You can take a look below!

He commented that it has been a while since they gathered and shared his love for them.

Fans who had seen the post could not help but comment on their adorable friendship and hope that they will continue to see their interaction in the future.

Since it is not always easy to match with each other schedules’, fans are also glad that they get to catch up with one another in concerts and events like this.

Are you also loving the interaction that these 4 male idols have?