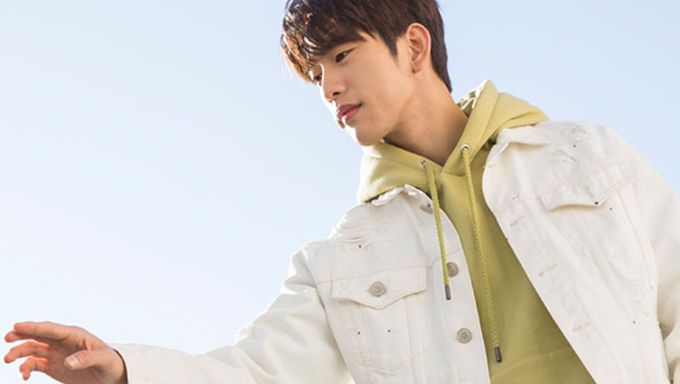 “He Is Psychometric” also named “That Psychometric Guy” is a new fantasy romance thriller drama of the cable channel tvN with GOT7‘s JinYoung and Shin YeEun. It tells the story of a girl that has a secret to hide and a boy that has ‘psychometry’ skills, permitting him to read hers and others’ secrets. The drama premiered in Mar. 11.

Many are curious about this drama because it is JinYoung's first main lead role and because Shin YeEun is a top rookie actress who has interested many since her appearance in web-drama “A-Teen”. The story of the drama also appealed to many and especially the viewers that enjoy fantasy.

You might be still wondering if you should start or not the drama. Here are the four reasons why we got hooked into the drama from its first episode.

Be aware of spoilers from only the first episode.

The plot of the drama did give hints of the dark and traumatic past of both main characters. From the first scenes of the drama, viewers are brought back to 2005. These are crucial scenes to understand the drama plot.

The drama opening was thrilling and sad. We are the witness of a premeditated and violent murder in a building and the killer started a fire. In the same building, JinYoung (as Lee Ahn) is a young boy with his parents trapped in the fire. He was saved by Jo ByungGyu (as young Kang SungMo) and they jumped out of the building while his parents passed away.

How will JinYoung be able to get over this traumatic past? How will he find the real culprit of the fire?

JinYoung has these special skills: psychometry. It is introduced to the viewers and it was fascinating. With a simple touch on a person, he can know all her/his secrets. His skills work also on corpses, he was then helping his 'friend' at the morgue. She is a lieutenant investigating the death of 3 women. But it seems that his skills are limited as the numbers he saw in each corpse where none other than their bra sizes!

How will he get to develop his skills?

The first meeting with the main girl was uncommon. Shin YeEun (as Yoon JaeIn) was changing her clothes in the restroom where a pervert kept watching her. She noticed him and ran after him. As she was following him, she noticed JinYoung wearing the same clothes as the pervert and talking on the phone about suspicious content. Shin YeEun then mistook him for the pervert that was watching her.

Their first encounter is funny but also realistic of the situation in Korea where hidden cameras and perverts in restrooms are a daily worry for women. It is raising awareness on the issue and makes the drama looks down to earth.

How will both of them get to love each other?

4- Main Female's Dark Secret That Got Us Curious

Shin YeEun has a secret and that was highlighted during all the episode. The girl also seems to have panic issues. Viewers know that she transferred in school various times and that she was bullied.

What is her secret? (Even if we got a huge hint at the end of the episode)

Read More : “He Is Psychometric” With GOT7‘s JinYoung Trends On Twitter And Naver With First Episode