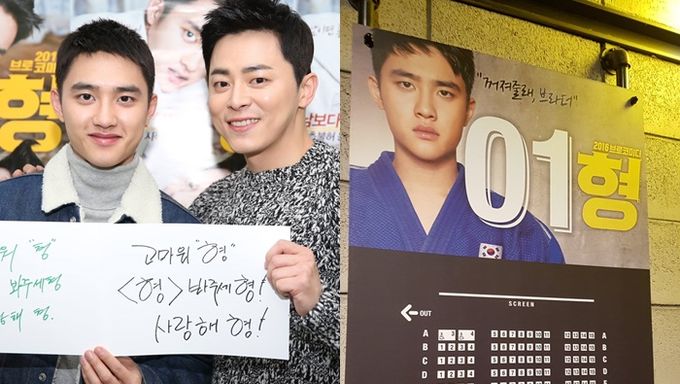 5 lucky K-Pop idols received a special gift from their loyal fans as a celebration for their acting careers - a movie theater named after them!

When K-Pop idols turn into actors for their big screen debut, their fans want to support them with all that they can. What better way to celebrate their success by re-naming a movie theater room after the idol! The fans pay for a specific movie theater room to be re-named after their idol for a specific amount of promotional period. So when people reserve tickets for the movie at the specific room, the room name is printed as the idol's name! It's a special opportunity for fans to meet other devoted fans and for the idols to cherish a very special moment in their careers.

Must Read : 8 Reasons Why You Should Buy Tickets to K-Pop Fan Signings

Which 5 lucky idol-actors received their very own movie theater room?

"SeonDal: The Man Who Sells the River"