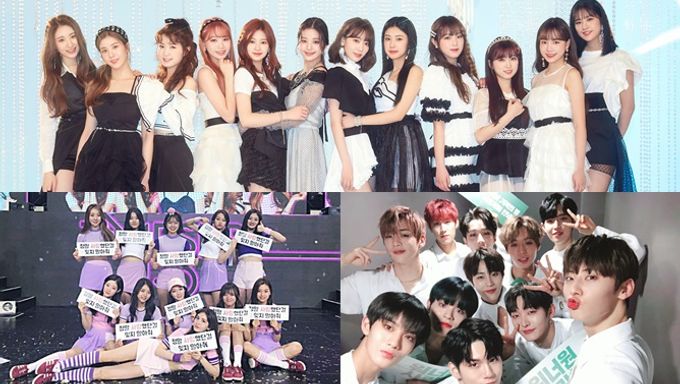 Mnet "Produce X 101" is finally happening today on May 3 and many are anticipating for the premiere of the new season. For more information about the new season and where to watch the live streaming, you can check it out here.

Before we get too excited, netizens notice similarities for the past 3 seasons, "Produce 101" Season 1, Season 2 and "Produce 48". It is rather interesting and many wonder if the same thing will happen in the upcoming season.

#1 Center of all 3 seasons debuted 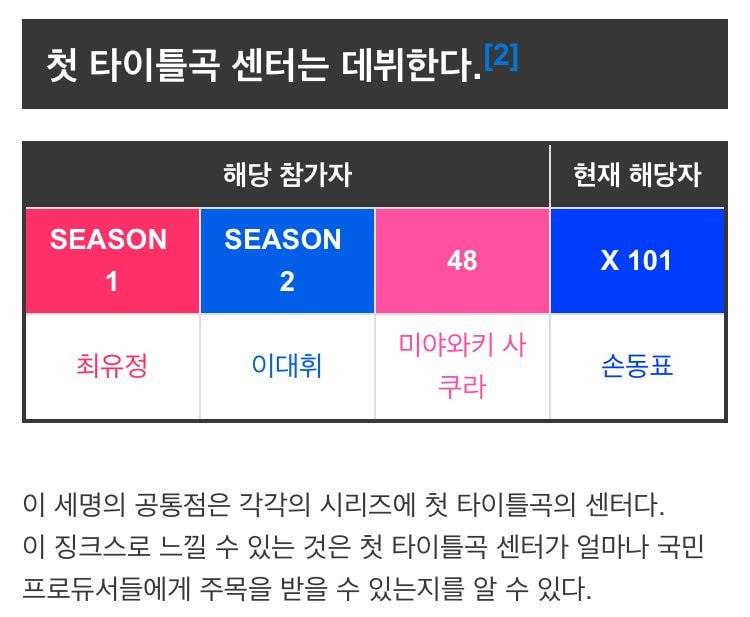 We all know how important the center position is and it looks like it makes a very huge difference for the trainee! From Weki Meki's YooJung, AB6IX's DaeHwi to IZ*ONE's Sakura, all of them eventually entered the debuting group. This season, many are also wondering if trainee Son DongPyo will be part of the debuting group too.

#2 Centers of the final elimination round debuted 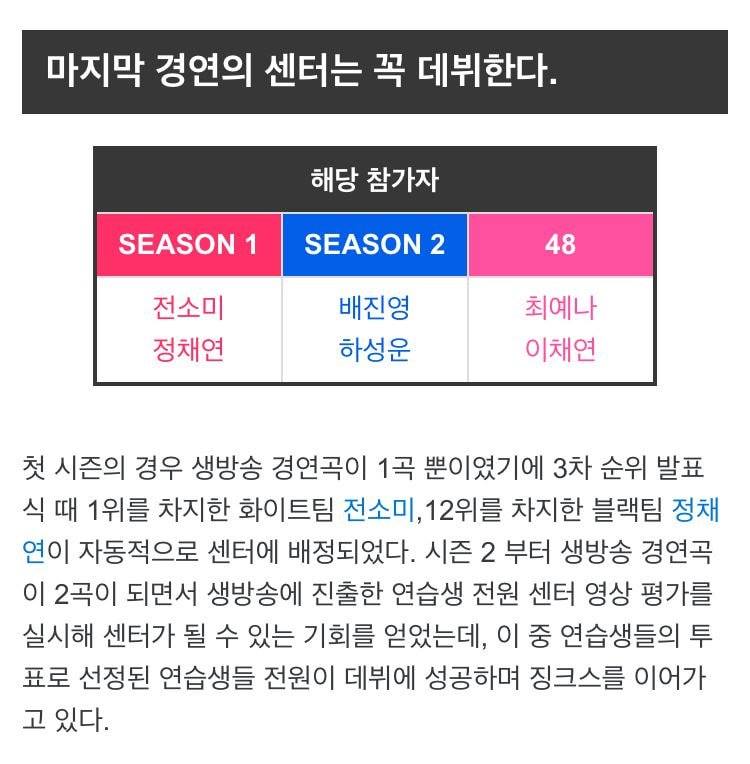 Do you remember during the final round, trainees were divided to perform for 2 different songs? It came to the attention of many that the centers for both songs eventually made it into the debuting group! Jeon SoMi and DIA's ChaeYeon for the 1st season, Bae JinYoung and Ha SungWoon for the 2nd season and IZ*ONe's YeNa and ChaeYeon for the 3rd season.

#3 Center of special stage during the final elimination round debuted 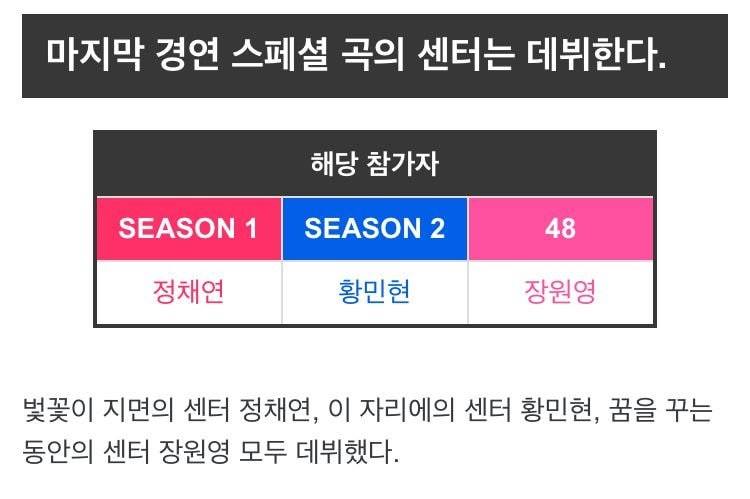 Aside from the main songs that they were competing for the final round, the trainees were also given the chance to perform a special song. For the 1st season, 'When the Cherry Blossoms Fade' was sung, 'Always' for 2nd season and 'While Dreaming' for the 3rd season. During those songs, the center was noted to have also made it into the debuting group for each respective seasons. 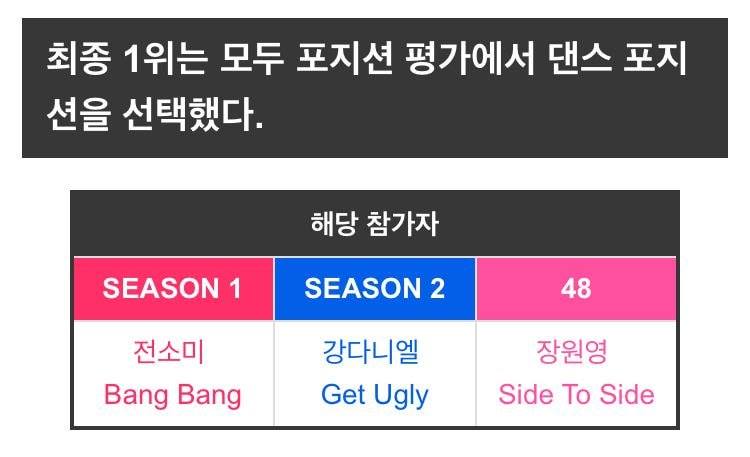 Another interesting fun fact regarding the number 1 trainee for each season was that all of them had chosen to be evaluated on their dancing for the position evaluation. Jeon SoMi danced to 'Bang Bang', Kang Daniel for 'Get Ugly' and finally IZ*ONE's WonYoung for 'Side To Side'. 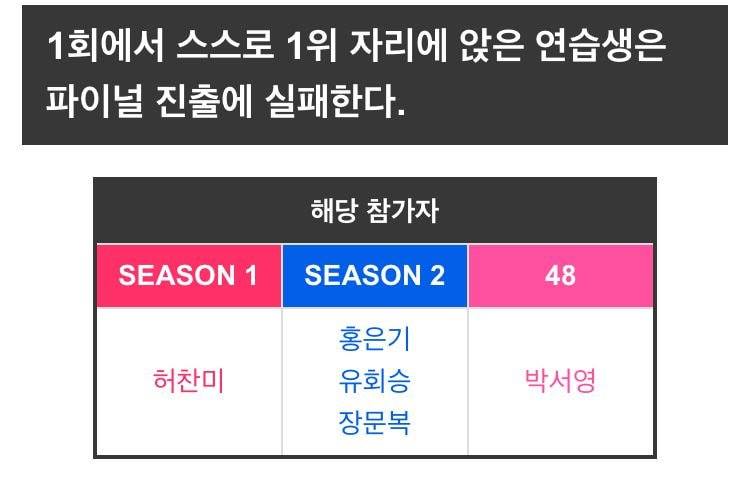 This fun fact might be considered as a jinx but it looks like trainees who had sat on the number 1 spot during the very first episode eventually did not make it into the final round. Heo ChanMi in season 1, Hong EunGi, N.Flying's HueSeung, LIMITLESS's Jang MoonBok for season 2 and finally Park SeoYoung in season 3. 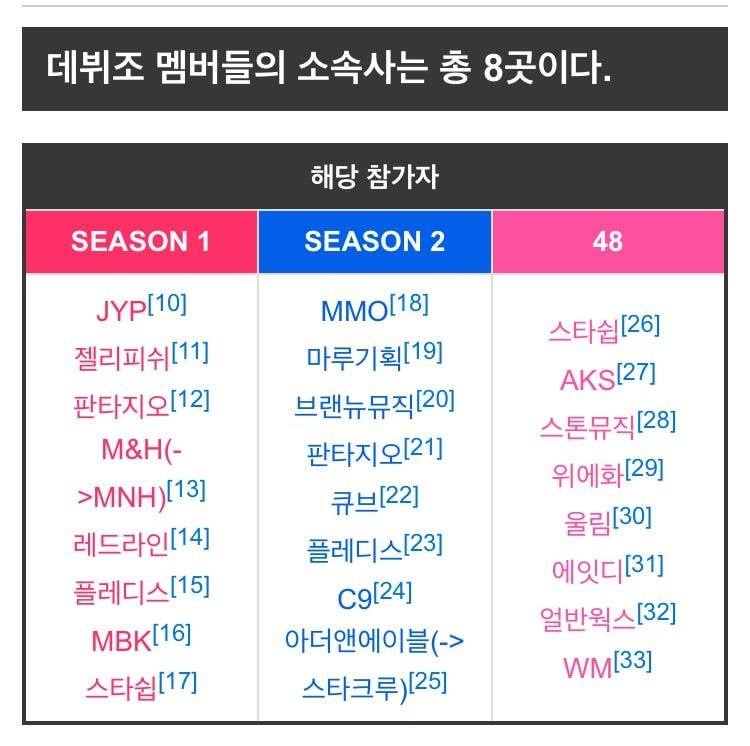 For I.O.I, Wanna One and IZ*ONE, it is very interesting to learn that all of them come from 8 different entertainment agencies. Perhaps for this new season it might be the same?

So far we only know that the number of trainees that will debut in the new season, "Produce X 101" will not be 11. Some are guessing that it might be 10 since X in Roman number refers to 10.

In addition to that, with the introduction of level 'X', viewers will be able to see how this season differ from the past 3 seasons.