7 Rookie Groups That Are Opening The New Year 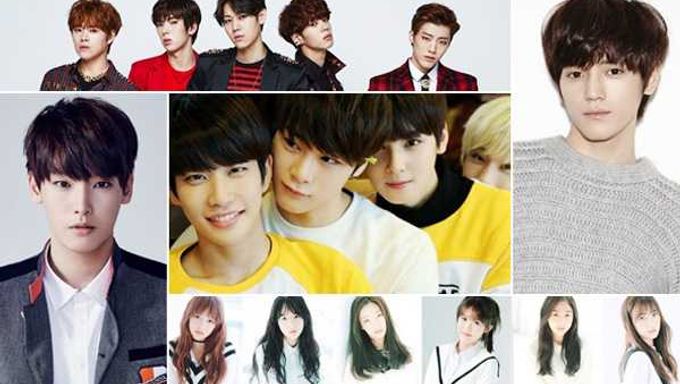 Who is the first rookie opening the new year?

In the last year, 2015, the massive number of rookies came out; iKON, MONSTA X, TWICE, Oh My Girl and etc.

Since the early of 2015, boy or girl group rookies have debuted almost every month. This trend is predicted to be continued in this year as well. Especially, early of this year, the sign of debut tornado has been gradually discovered, and many rookies admire GFriend’s case as their successful debut in the early of the last year. The 2016’s new rookies’ final goal of this year is to spend the whole year with busy schedule and fans’ love, and to win the rookie of the year at the year ending award 2016. In the late 2015, many rookies, who would debut in 2016, were previewed based on the announcements their agencies had provided. Then, it is time to look over the list of rookies waiting to debut soon in 2016.

The first runner is IMFACT, who follws its senior groups, ZE:A and Nine Muses, of Starempire Entertainment. It is 6 years after of ZE:A’s debut that Starempire’s new boy group debuts. According to the agency, IMFACT is composed of 5 members; Ji An, Je Up, Tae Ho, Ung Jae and Lee Sang. All attractive looking members are competent in writing, composing and producing music. The name, IMFACT, involves two meanings; to impact on Kpop world and to give truthful music like ‘I’m fact’. The members’ training process to prepare for debut is published through their agency’s reality program, ‘IMFACT ALIVE’, on their official websites.

Fantagio’s new boy group, ASTRO, announced their debut in Feb 2016. The boy group fulfilled their exceptional pre-debut project, starring at the web drama, ‘To Be Continued’, last year. Due to their active pre-debut, they already have many fans. ASTRO members have been acknowledged as acting geniuses, and will show their amazing singing capability soon.

The binational girl group, WJSN, produced by Korea’s Starship Entertainment and China’s Yuehua Entertainment, will debut simultaneously in the two countries, Korea and China. Their debut is predicted to be in February or March. Starting with the first unit, Wonder, two more units, Joy and Sweet, have been published, and the last unit is about to be discovered soon. WJSN is composed of 12 members; Korean and Chinese girls. The number of members are the biggest ever for the K-pop girl groups and the fact that two nations’ representative agencies cooperated attract many people’s attentions.

In addition to the defined debuts of rookies, more major K-pop agencies plan to show off their rookies in this year.

SM Entertainment is planning to debut their 2016’s boy rookie group soon. The time has been not decided yet, but the training has been completed according to the insider. The members of idol group are mostly from ‘SM Rookies’.

YG Entertainment pre-announced about their new girl group in 2016, but still it is veiled. Jang Hanna from K Pop Star 3, Kim Jenny, who performed with G-Dragon on the stage, Kim Jisoo, wo has appeared at numbers of music videos and drama ‘Produca’, and Suah from Unpretty Rapstar 2 are the most effective candidates to be members of the rookie.

FNC Entertainment also plans to launch boy rookie group, NEOZ 1, in 2016. This is the agency’s first boy dancing group ever. NEOZ 1 is composed of 9 boys, who were picked from NEO School, but the members are not fixed, so the upcoming news is necessary to watch.

CUBE Entertainment prepares the debut of their new boy group, PENTAGON, and this is 4 years after the debut of BTOB. The members are not determined yet, but competent trainees and overseas are included according to the revealed information. Moreover, it will be the singer songwriter group, who can produce its own songs, and this is absolutely different from the agency’s senior boy groups, BEAST and BTOB. 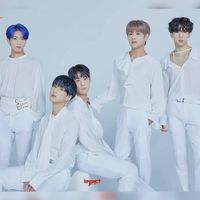