8 Reasons Why We Must Love Kpop Rookie, THE LEGEND 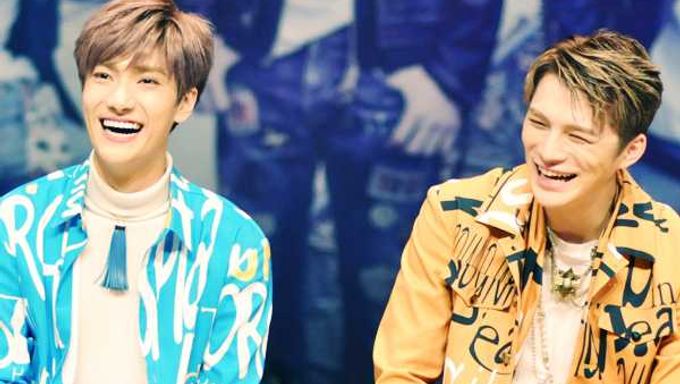 The Legend rookie of Kpop is back.

The 5 membered Tall-dol, showing off their model-like visuals, THE LEGEND, held its showcase for their second mini album, ‘Sound Up’, at 11 am on the 21 at the Il-Ji Art Hall. The average height as 184 cm brings good-looking on the five members, and they showed how excited they are about facing public with different concepts from their past albums. Kpopmap was invited, and enjoyed their hot and fantastic comeback showcase together. Before the beginning of the show, all the staffs there were busy to prepare for setting for THE LEGEND’s LIVE air on Africa TV. The stage was located aside of banners, each member’s face was drawn on, and the Africa TV logoed standing signboards. The title song, ‘Crush On You’, of THE LEGEND’s 2nd mini album shows the members’ bright energy and new looks, different from their previous album, ‘NAIL’. The noteworthy is that Lito wrote the title song. 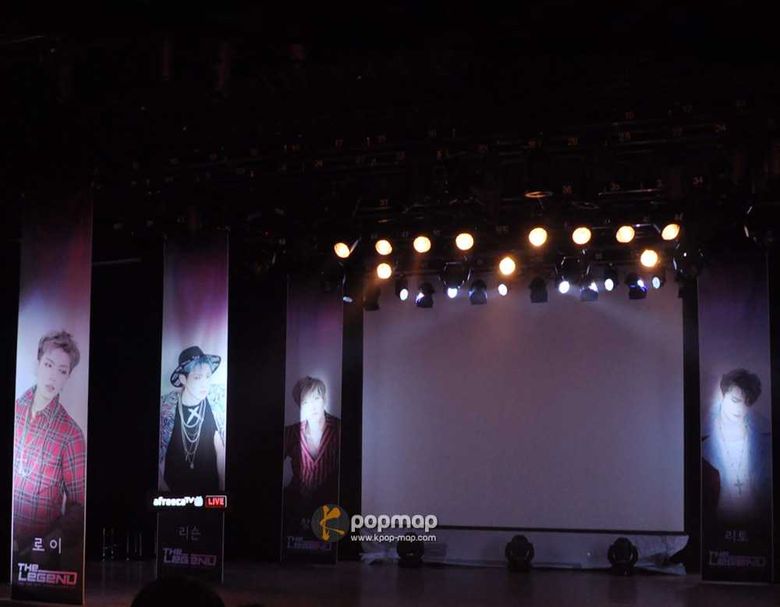 Once the showcase started, the 40-minute date with them was begun. MC Ding Dong, famous for his talented talk, also not missed humor, led the show as he did for the boy band’s first showcase. With the MC’s introduction, 5 boys with colorful fancy hairstyle and stage outfits. They came up the stage with saying the team’s chant, “Be the legend”.

Must Read : Power Of THE LEGEND In China: Comeback Soon

The members let the audiences to know it was the beginning of the show with posing the key point of choreograph of their title song. In the showcase, they demonstrated the music video of ‘Crush On You’, published for the first time, and showed off other songs included in the album, ‘Sound Up’. The five members emitted new charms, which we have never known before, at the showcase stage. The 5 boys, full of contrasting charms, had a sensible interview and this is predicted to attract many fans’ interest. Thus, Kpopmap has prepared their 8 kinds of charming point.

8 Reasons Why We Must Love THE LEGEND

Q: THE LEGEND is famous for not wearing heel insert among boy idol groups. Did you know that?

A: The average height of all of us is 184 cm. The shortest is Roi. He complains about his short height in this group, but MC got embarrassed when heard the shortest height of the members was 180 cm. 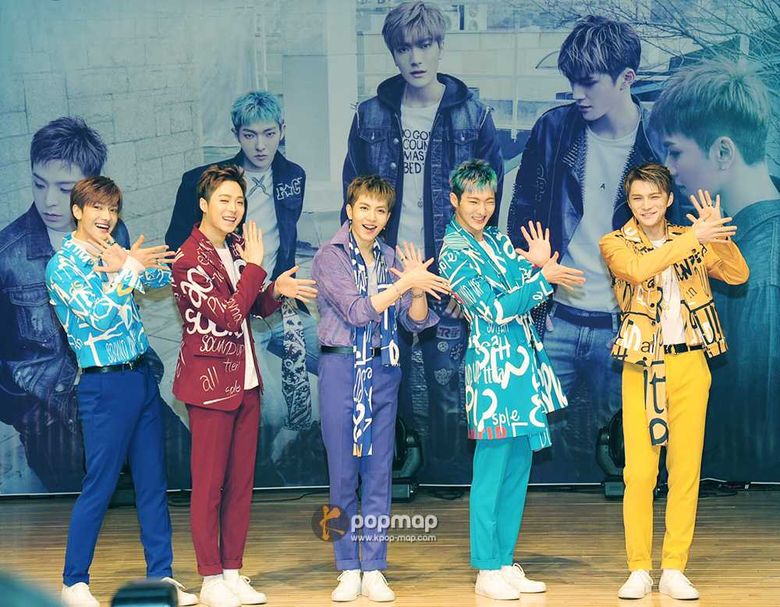 Q: We already know all members of THE LEGEND own stunning bodies. Then, whose is the best?

There has been no enough time for workout, but we all agree to pick Listen as the best. His robust six-pack abs sexy enough to attract girls’ heart.

Q: In the last showcase, the fan meeting was set. How was it?

The name of our fan club is Heroes. We are so happy to have them as our fan, supporting every moment of our activity, and they give us full of safety. Love Heroes!

4. The team’s energy: Jehyuk’s back

Q: Because of Jehyuk’s injury, he did not participate in the last album’s promotions. Jehyuk, how do you feel about having a comeback stage together?

Indeed, it has been a long time not to go out together as a team. I enjoyed so much and got lots of energy from the stage together. I felt like an ordinary person, no singer anymore, while I was off for the injury. 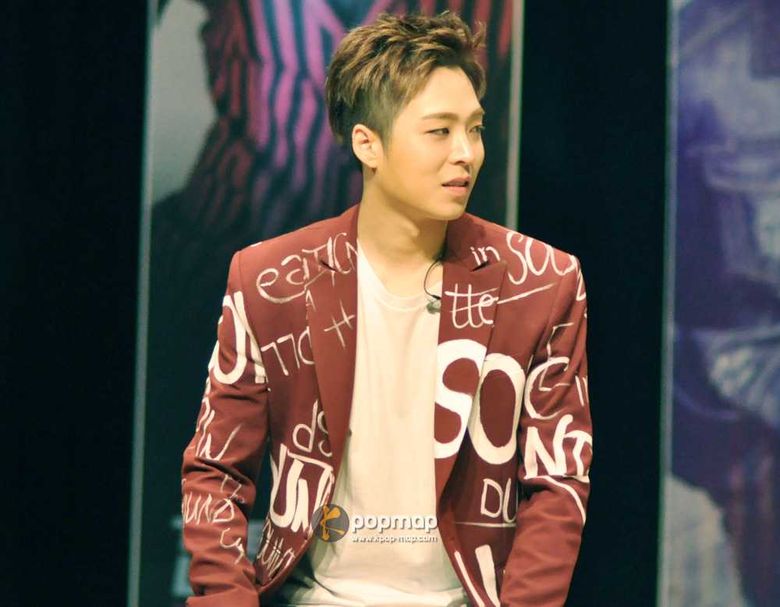 Q: The parody clip of Reply 1988 has brought striking attention.

We were so happy that many people showed positive reactions about the parody. We didn’t expect that good. Well, the shooting was very fun. We liked it.

Q: Roi, what was the most difficult when you learned Korean?

Communication and eating Kimchi was the hardest. It was so stuffy that I couldn’t say what I wanted to spit out. At first, I hated Kimchi, but I like it the most. I can’t even eat without it. Also my favorite Korean food is Cheonggukjang, fast-fermented bean paste. (Everyone got shocked.) I am already half-Korean now. 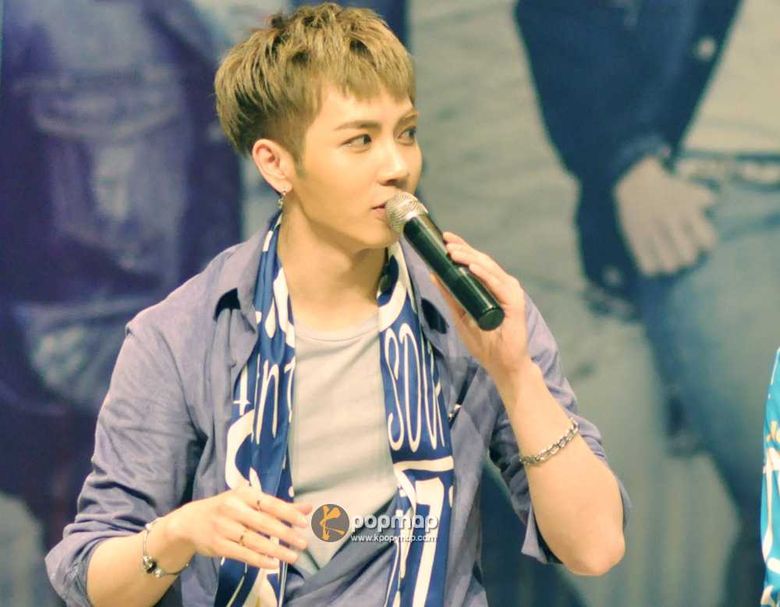 Q: What is the most representative charming points that you own? 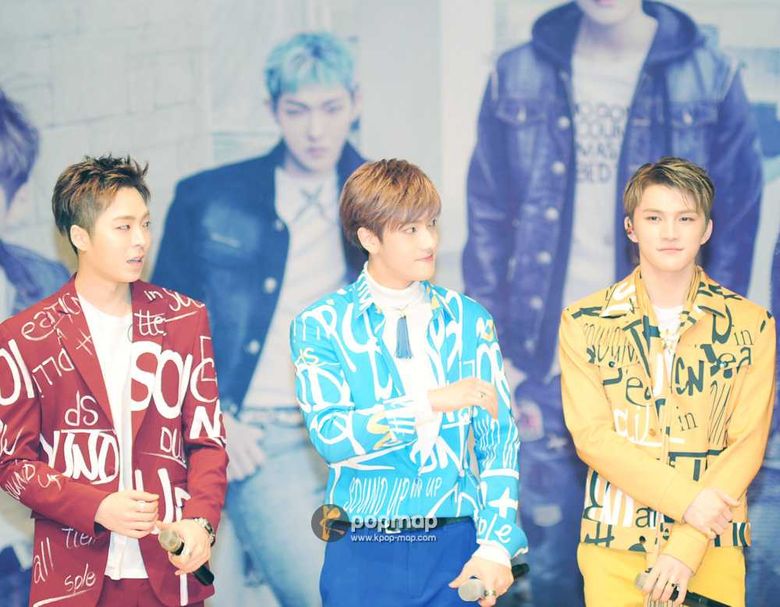 MC asked them to sing a cappella performance, and they showed perfectly harmonized singing. The main vocalist, Listen, revealed his wish to challenge at MBC’s hit program, ‘Mask Singer’.