Anyone who harms dogs should seriously be put to shame for life!

According to South Korean news agency Insight, former Wanna One member Yoon JiSung has rescued Hodu, a dog that has been abused and been passed around between five different owners.

But how Hodu came into Yoon JiSung’s life is an interesting story itself as well.

Yoon JiSung was actually hesitant about getting a dog after his previous dog Sarang died after seventeen years. He stated in an interview that his mother wanted to get another dog, but he did not want to since he wasn’t up for going through pain from losing a beloved pet again.

But one day, his mother brought home Hodu. Hodu was physically abused by previous owners, and not to mention, abandoned five times as well.

“He was abandoned five times. Imagine how painful it must have been for him to endure everything alone five times..dogs too are aware of what is happening around them.”

Hodu was initially scared of Yoon JiSung due to the trauma received from previous owners, but eventually opened up slowly and learned to trust him.

They are currently one happy family. 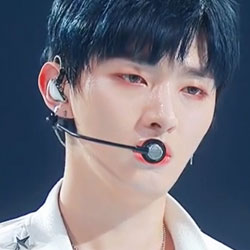