Her new hairstyle is very different from before! It is the first time she has this hairstyle. Usually actresses, because of their roles in dramas, do not go for extreme colors. But surprisingly she decided to do so!

She used to have long hair, then went for short hair. 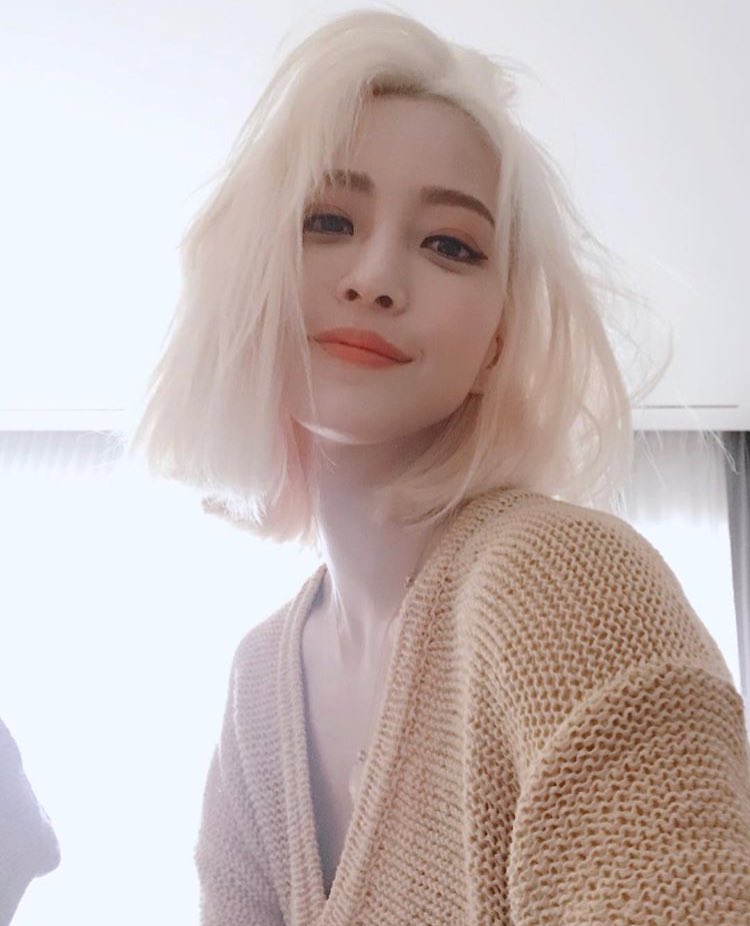 It is almost an idol’s hairstyle. Blonde hair does not suit everyone but it does for her. Netizens commented how pretty she looks with this new hairstyle, how she did not age, etc.