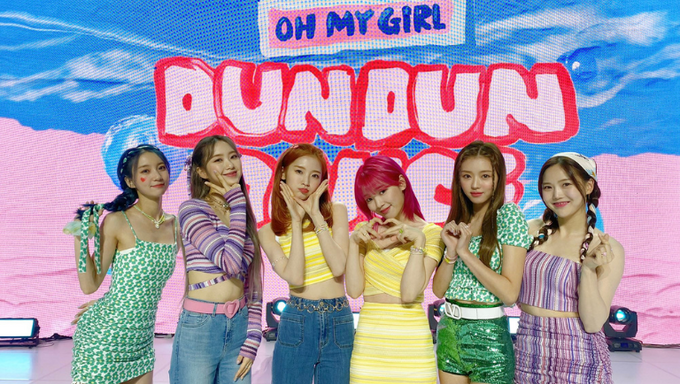 OH MY GIRL is back with their 8th mini album "Dear OHMYGIRL" that was released on  May 10! After the success of their b-side track 'Dolphin,' this comeback has been much anticipated by their fans.

The girls celebrated the comeback with an online showcase where members answered questions about the meaning behind the album and the production process. Watch OH MY GIRL's online comeback showcase here.

Leader HyoJung said that, as a group, OH MY GIRL contemplated the type of music they wanted to put forward in this comeback a lot. They felt a bit of pressure releasing it after such a long break, but overall just hoped that the fans would not be disappointed.

Lead vocalist and visual JiHo then explained that the album is a story about how the group, as eight strangers, ended up spending 6 years together. Here is the album tracklist: 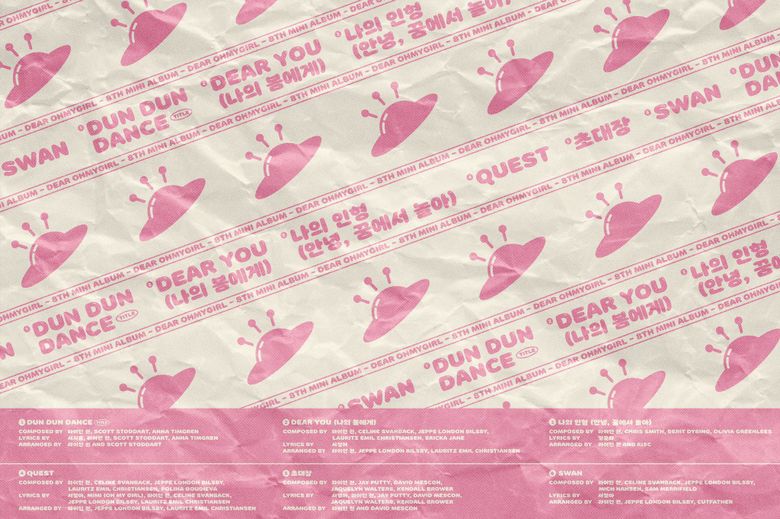 The title track 'Dun Dun Dance' is the feel-good summer bop that you've been waiting for! It's all about the good vibes and escaping into a world where you can just enjoy yourself without worrying about the pressures of daily life. With upbeat bubblegum pop sounds and visuals, this song will have you dancing to the catchy retro melody in no time. The music video features a lot of secret codes and signals that represent communication between aliens. This alien aspect represents the OH MY GIRL members and the telepathy they have as a group.

The second track on the album 'Dear You' is filled with lingering emotions and a refreshing spring feeling. It's a breezy pop song with a bright melody and calm metaphorical lyrics about somebody who is so much like the spring, that you can’t resist wanting to be around them. This would be the perfect addition to your spring playlist.

OH MY GIRL sings the next track 'My Doll' by accentuating each lyric as if they are telling a story. The melody is nostalgic and the lyrics speak about childhood and, in particular, a doll. The girls seem to be revisiting the doll that was an integral part of their life growing up. They apologize for forgetting about it and invite it to play with them in their dreams. The doll in question is called Dun Dun (as seen on the album cover) and represents the girls' past and how they've had to let it go and move forward. The song becomes slightly distorted as it progresses and it makes the track that much more emotional.

The next track 'Quest' starts with the familiar sounds of video games. It focuses on the relationship between friendly rivals. Main vocalist SeungHee explained that sometimes she thinks of her members as lovely competitors because they always motivate each other to do better. Featuring lyrics such as, "I'm a tulip and you're a daisy... I hope to go up to the top with you, power up more my best player," it's clear that despite the unspoken contest, the girls only want the best for each other. Of course, who doesn't love a little friendly competition?

'Who Comes Who Knows' sounds very similar to lo-fi with its relaxed beat. It tells the story of the time before OH MY GIRL became well-known; when they felt the most ambitious and wondered about the future. It is an invitation to anyone listening to walk with them on their journey. "I'll invite you every day, leaving the first footprint." Are you going to accept this invitation?

The final track 'Swan' has a rock beat as the foundation of the song and a cynical atmosphere. The track encourages listeners to venture forward and find what they're looking for, even if it feels like you're not sure what you're doing. It is fast-paced, implying a sense of urgency. The post-chorus changes up the sound to a trap beat mixed with EDM notes. This is definitely the most experimental track on the album. 'Swan' would be the perfect track to listen to on a day when you feel like you're not doing your best and need a confidence boost. Check out this article for more songs with the same effect.

The members have mentioned that they felt an emotional exchange was essential for this album. They wanted to convey vulnerability and hoped that the fans would perceive it. It is evident from the many styles and messages portrayed across their tracklist, to the detailed backstory and imagery. Which "Dear OHMYGIRL" song was your favorite and why? 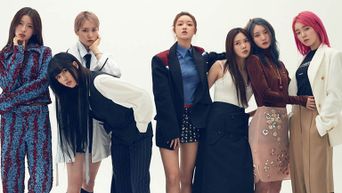 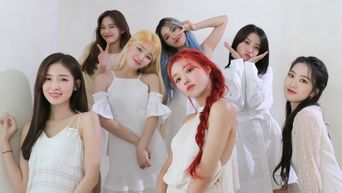