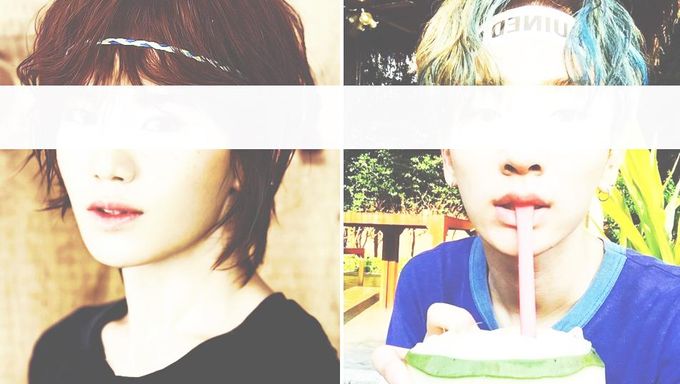 Have you ever thought that one of your favorite celebs could possibly be gay and just hasn’t “come out” yet? Those acquainted with the K-Pop scene for a long time may have heard of these rumors which suggested that some of idol boys are gay and have a boyfriend. The rumors became very widespread and although no one could really produce any evidence.

Last April, one Korean web community, Nate, revealed some juicy gossip on a gay idol there who dare to come out. Recently, its rumors resurface after the news of some of major boy groups' comeback this summer. 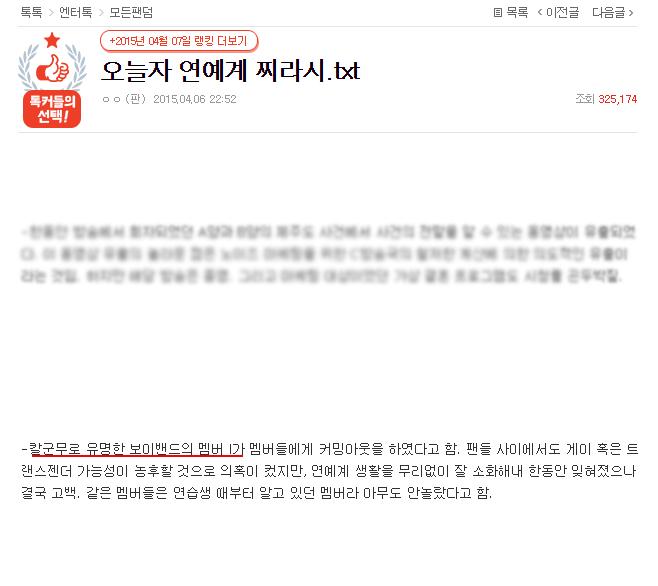 [TRANS]  Member "I" of a boy group turned out to be a gay. The fans had suspected him to be gay or transgender, but it was forgotten because his celebrity career went well for a long time. "I" eventually came out as gay to his group which are well known for their synchronized choreographies. Surprisingly, the members had already suspected him to be gay since he was a trainee due to his obvious behavior, so they weren't much surprised.

Although it was often rumored that the idol boy might be secretly gay, he would not tell the truth. And it seems that the rumors about his sexuality will be continued without end.

You can't always believe what you hear, that could just be gossip talking, but, sometimes, it hard to believe that it might be true. So, do you know who this guy was?

I'd honestly prefer to keep the speculation of idols being gay to FanFics please. Causes less problems and I don't think bringing up the 'possibly gay idols' situation again is smart. You hit Jo Kwon and the UKiss dude pretty hard and I don't think using close friendships between two people of the same gender to create a scandal is wise, the backlash is on you.

Thank you for your feedback Feedback is always welcomed! Have a nice day<3

They are speaking about Infinite....
Not only bts exists

What a bitch lol

Are y'all so damn pathetic as to spread a rumor and then use SHINee's Key and Infinite's Sungjong's picture with their eyes cropped out? Because y'all honestly think those two could be gay? You don't know them? And if/when the idol is gay, it isn't any of your business. Learn some respect, you inconsiderate fucks.

"Have you ever thought that one of your favourite celebs could possibly be gay and just hasn’t “come out” yet?" This is just ridiculous. You know, its like asking me would your feelings change toward them after coming out? And the unexpected answer is "No''. Well, sorry to burst your bubble, but I'll keep on liking them whoever they date. The only thing I'm worried about is their happiness. Are they happy with their partner? If yes, I'm happy for 'em too. 🙂