Apink Proves Their Never Dying Popularity With Release Of 'Dumhdurum' 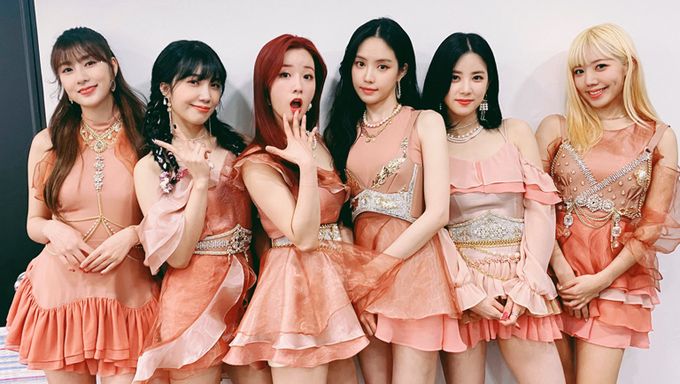 After 1 year and 3 months, Apinkhad proved their never dying popularity by 'killing' all the music charts with the release of their 9th mini album "LOOK" and title track 'Dumhdurum'.

On Apr. 13, the girls had made their return and if you have yet to check out their music video, you can do so below.

At around 11 pm KST, their title track 'Dumhdurum' had reached the number 1 spot at various Korean music streaming sites such as Melon, Genie, Bugs, Soriboda, Naver Music and so on.

Having debuted back in 2011, the girls are in their 10th year of promotions. The last time which Apink had 'all-kill' the music charts was back in 2015 when they had released their 2nd full length album "Pink MEMORY" with title track 'Remember'.

It was definitely a joyous moment for Apink as well as their fans since it had been a really long time that they had reached the number one spot on music sites again.

Earlier in the evening, Apink had also greeted fans through their online showcase. They communicated with fans and played games before showing them the long awaited performance for 'Dumhdurum'.

Apink will be making their first music show appearance on Apr. 17 through KBS "Music Bank".

Are you loving the new album by Apink?