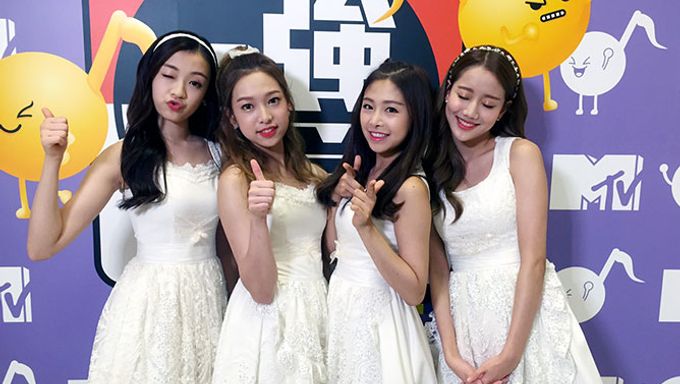 APRIL won over the hearts of the Taiwanese by showcasing their enormous popularity through Taiwan MTV's music programs!

This past Friday and Saturday, APRIL was busy filming for impressive stages on Taiwan MTV's "IDOLS OF ASIA" and "ASIA MUSIC STAGE".

"IDOLS OF ASIA" is one of the hottest music programs in Taiwan, where they feature exclusive interviews and stage performances by some of our most favorite artists. Through the program, APRIL showcased their exclusive song for Taiwan, "Rainy Day", along with "Thriller". 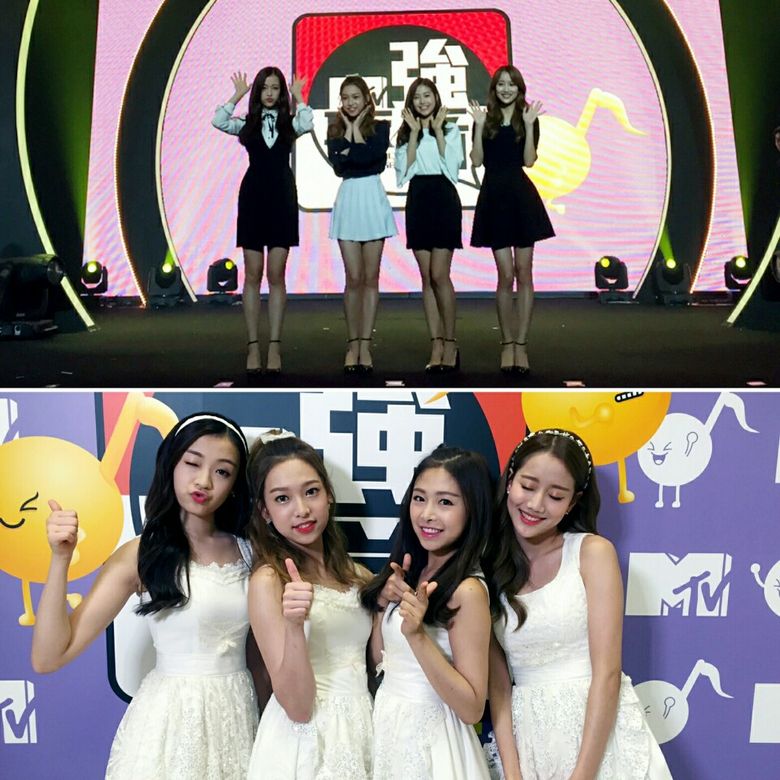 On their third day in Taiwan, the girls featured on MTV "ASIA MUSIC STAGE", where they performed 6 songs: "Dream Candy", "Tinkerbell", "Rainy Day", "M.F.B.F", "Thriller" and "Muah!". For the exclusive song, "Rainy Day", the girls performed with their special guest, producer AJ JangJi.

The girls' Taiwan tour didn't end there. APRIL stayed afterwards to spend some quality time with their fans, where they took Polaroids and gifted their fans. APRIL also visited the set of "VINGE", one of the most popular magazine among the Taiwanese ladies.