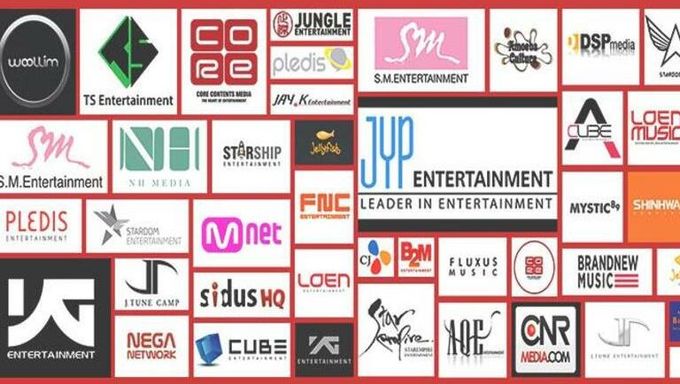 One of the things that domestic K-Pop fans of  popular online community have recently been talking about a lot is the issue of copying.

Originality isn't always easy to achieve, especially in the K-Pop scene where there's a widespread belief that only the idol groups and agencies with the biggest influence are able to present something new and different while receiving favorable feedback from fans. But more than that, because it has become increasingly difficult to reinvent the wheel and people are somewhat more comfortable listening to what they're familiar with, the limitations that it puts on everyone in the industry is the tough reality that they are faced with.

Netizens have been saying that a lot of mid-sized agencies have been blatantly plagiarizing off of the works of major idol groups under the biggest K-Pop entertainment agencies.

"Why are mid-sized companies ripping the hell out of big agencies?"

And it's not just the music. From the album's concept, theme, and artwork, a lot of these elements seem to be caught in a cycle of being recycled.

While we're not going to mention any particular names, it's worth thinking about whether mid-sized agencies should invest more in to creating and producing contents that are relatively newer instead of looking to what the big K-Pop agencies have already done with their artists.

This also begs the question of:

Would smaller and lesser known K-Pop idol groups attract more listeners and popularity if they released music that was similar to hit K-Pop songs of the past? For instance, if a certain group released a song that contained all the important elements of a popular song by a popular idol group, let's say EXO's 'Monster' for example, would they be able to gain more fans and grow in popularity?

The problem that most producers and agencies probably face in any music industry, not just K-Pop, is how to make something new and fresh while maintaining familiarity. This means that some kind of inspiration must be taken from somewhere but not to the point where it is obvious, as plagiarism issues can come up.

By looking at the current idol groups in the scene actually shows it actually may not be about what the big agencies are doing. Just because highly successful groups signed under big agencies such as BLACKPINK, Red Velvet, TWICE, and etc. having gone global doesn't necessarily mean that other idol groups signed in the same agencies have found the same amount of success. In contrast, BTS and Big Hit Entertainment, who were actually the underdogs of K-Pop in their earlier days, are now arguably the most influential K-Pop stars. All of these groups have most likely succeeded because they were themselves and worked hard at perfecting how to express their art their own way.

One other example worth noting is ATEEZ.

Still rookies, yet somehow managed to sell out their U.S tours. Their music? Doesn't exactly sound like what the other more experienced groups are putting out. Yet, they gained momentum and a substantial number of fans.

In the past when the K-Pop scene was lesser known in other parts of the world, the old ways of K-Pop music business seemed viable and perhaps even inevitable, meaning music executives and agency staff members looking for a producer who could create similar songs to past hit songs.

But K-Pop is no longer limited to the scopes of South Korea as it currently has the full attention of the world. It actually might be the best time for experimentation and challenges that could not have been taken on in the past.

Do you agree with domestic K-Pop fans? Are mid-sized companies being a little too obvious in where they are getting their ideas from?