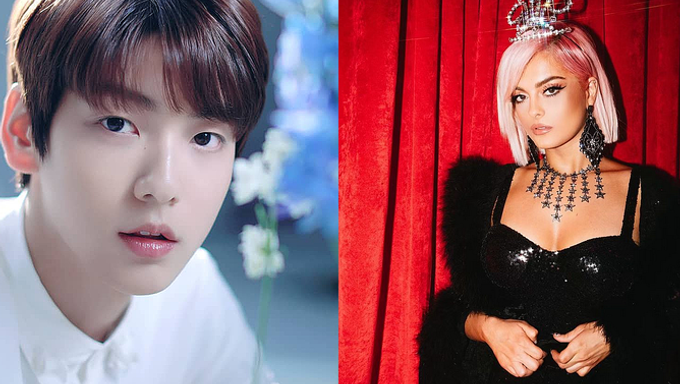 Just recently, Bebe Rexha responded to TXT member SooBin being a big fan of her, and fans will be pleased to know that things took a turn for the better.

'Teen Vogue' revealed that SooBin has two of Bebe Rexha's song, 'Ferrari' and 'I Don't Wanna Grow Up' on his ultimate playlist for life.

After watching, Bebe Rexha tweeted asking if anyone could give her SooBin's phone number so that they can hurry up and get on with that collaboration they were talking about a while back.

I can’t ?❤️ someone send me his number. Let’s collab already https://t.co/Z4esFb4EsP

Hopefully, now it's just a matter of time before it actually happens! Keep your fingers crossed!

At least can you reply to our texts
You know you can say either yes,maybe,maybe not or no﻿

Soobin can you give me ur number
pretty please

Txt you are my bias I want to talk with you I am so big fan please reply me my life I am from India but from my heart am a Korean namaste , bye , anneyong.

Soobin I want your phone number

It is actually pronounced” Soobin SARANGHE

soobin i love you your my bias

When I clicked this, I got SO scared that she asked for his number to go out with him! 🙁

just as long as she doesn't touch our baby boy, i'll be fine

Soobin and Bebe Rexha is omg