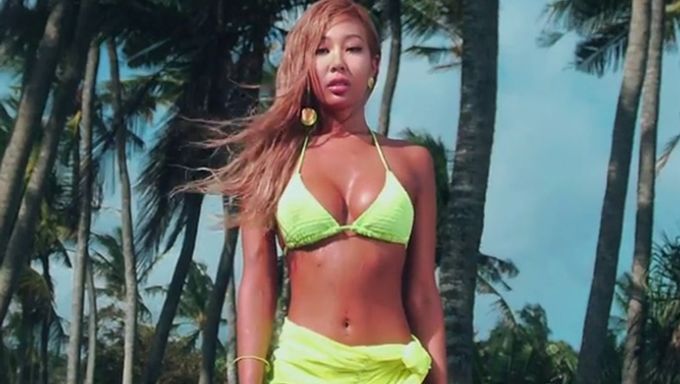 2018 has had some pretty decent sexy concept releases from K-Pop idols.

Notably, it was the solo artists that have pulled it off the best with overall elements including choreography, styling, and the song itself.

Below are some of the most steamy sexy concepts of 2018 so far.

Dally is no doubt one of K-Pops most iconic sexy concept of 2018. It is also arguably HyoLyn's most successful solo single to date.

As HyoLyn did with the now disbanded Sistar, GyeongRee is able to channel the sexiness of her affiliated group Nine Muses into her solo performances. Her debut as a solo artist was something that was very much needed in the K-Pop scene.

With the release of Down, Jessi has been a hot topic among netizens lately. She, along with HyoLyn, is pushing the limits of K-Pop.

OMG! I love HyoLyn so much these days!

i like how they're challenging the norms of K-Pop and Korean society.

they have other talents too. jessi has a great voice and is really good at rapping. i actually if they want to take off their cloths they can do it as they like bc their bodies are great and there is nothing bad or shaming about it.

Now if only they had other talents besides taking clothing off and shaking their hips up and down. Right?

I'm not too sure about Jessi's song. It sounds kind of average to me. The video tho....

this kind of stuff would have been good only if the music was good....unfortunately, it's not the case. i'm sure people watch the MV's with the volume muted because they're not even worth listening to