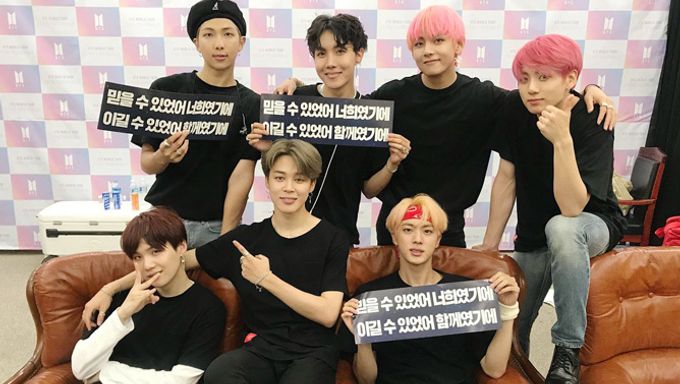 On August 27th, it was announced that BTS will be making their presence for the Grammy Museum Event this coming September.

Previously on August 24th, Grammy put up a notice on their official homepage that they will be holding 'A Conversation With BTS' event on September 11th.

According to Grammy, art director Scott Goldman will also be attending the event together with BTS. BTS will be sharing more details about their latest repackaged album "LOVE YOURSELF 結 ‘Answer’" as well as their upcoming world tour in the U.S.

It was known that before BTS, Taylor Swift, Post Malone and many international musicians were invited to this prestigious event. As it is considered to be a small event, tickets for 200 fans were reported to be already sold out.

Continuing, Grammy revealed that they will be discussing with BTS on how their life and music have changed after receiving the limelight for being international artists with high potential. Grammy is known for their conservative personality and with them recognizing BTS, many are already curious to see how the event will turn out.

Big Hit Entertainment also commented that it is true that BTS will be making their way to the Grammy Museum event.

BTS just finished their concert "LOVE YOURSELF" in Seoul earlier on August 25th and 26th with a total of 90,000 audiences in Seoul Olympic Stadium.

Read More : BTS MV For ‘Idol’ Crashed Servers The Moment It Was Released