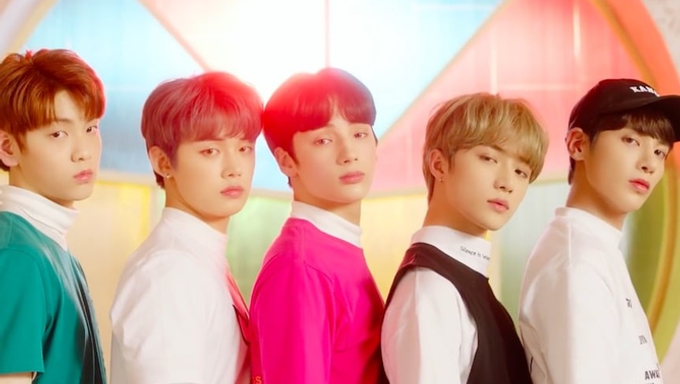 A while back, TXT's fandom name being the same as Tiffany's generated some backlash from fans of the latter.

The fandom name in question was 'Young One', which is quite desirable for its simplicity and cool meanings. Big Hit Entertainment released an official apology to fans for not checking if the fandom name was already taken and have also asked TXT's fans for help in deciding on a new official fandom name.

According to Big Hit Entertainment, the fan who comes up with the name that the agency likes and ends up choosing will win an exclusive polaroid photo of TXT.

The details are shown in the following announcement below.

Have any ideas for TXT's fandom name? Make sure to submit it if you feel like it might work!

I think it should be dreamers or crowns. Maybe even stars.

if crown is taken by c-clown then i suggest catdog

I don't know if that makes sense but i tried 🙂

Dude, that's amazing. You are really creative. Lol I was messing around saying that TXT should make their fans "BRB" Because txt means text and brb means be right back. wth was I thinking. I ain't creative at all.

Btw what was your fandom name idea

That's a good idea, you should send it, I sent my idea 😀

I thought so too! But then I had a better idea and sent it to them, let's hope I am considered!