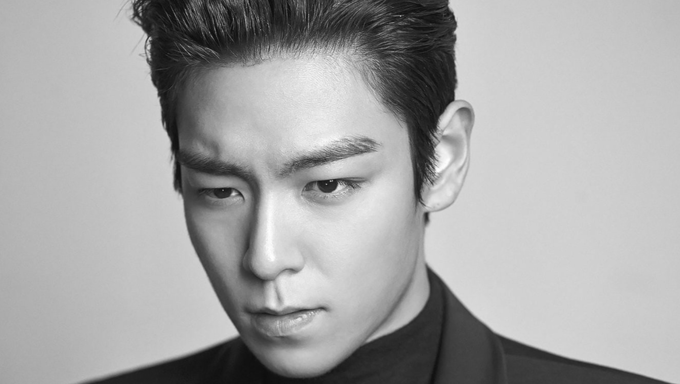 While the year 2020 will no doubt be an exciting year for YG Entertainment's iconic boy group BIGBANG, group member T.O.P has recently made a statement on a live broadcast that has many South Korean netizens left in confusion.

"There won't be a comeback in South Korea. I don't even want a comeback at all."

T.O.P looked somewhat agitated and distressed during the live broadcast.

There definitely is different perspectives to look at whenever it comes to celebrities making statements that causes many people to either react in return with criticism or confusion.

They too struggle with different things like the rest of us, and sometimes may not always be perfect. But some netizens have also been pointing out that celebrities who have succeeded through the support and money of fans should be more cautious and be responsible as well.

Netizens of an online community have been criticizing T.O.P for his statements while also mockingly saying that it's good news that there won't be a comeback in South Korea. They have been condemning his attitude saying that he should be putting on an apologetic one instead of a retaliatory one. And we suspect that netizens are referring to his past marijuana incident. But that's the thing, from the perspective of Western fans, a marijuana incident is hardly anything that would require an attitude of reflection, let alone have any significant impact on an artist's career. 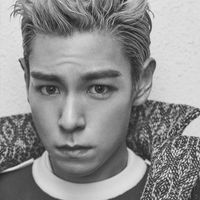 he is only human and people make mistakes and I will stick by his his decision if he doesn't want to make a comeback oh well we'll live. T.O.P is a human just like you and me and if you don't like that he not making a comeback I respect his decision.

I still love Top no matter what! ❤ Everyone makes mistake. What makes him so different from us? He is still young. Let him make mistakes and learn from them.

It doesn't matter at all ... take care of yourself for us, because we love you

We are not stupid to take and believe everything the press and the entertainments say.... take good care of yourself ... the most important thing to be satisfied with yourself ... we love you just as you are

South Korea needs to learn that the bullshit they spew at their musicians is the reason they are killing themselves. They are supposed to be held on a pedestal and be perfect all the time and its bullshit. You can't imagine the stress that being a musician alone causes them but having to be perfect also it's unbearable to some and it should not have to be that way. Come to America and we don't give a shit if you smoked weed, hell some of our musicians have been in prison for murder and we still listen to their music,… Read more »

I can't believe how fans in South Korea treat their musicians, not just TOP but all of them!!! It is ridiculous, do they not know they are human beings? Yes, the fans buy their stuff but that doesn't give you the right to criticize. The weed issue is stupid, it is becoming legalized all over the US, it's not a big deal. And it is known for helping with mental health, you'd think they would care about that? That's just my two cents.

I think people should stop trying to play God, look in the mirror, and handle their own shortcomings before pointing fingers. If they did that, this issue would not be an article because they would be too busy.

I am ur big fan first time I saw u in Commitment then Tazza ..wuffs that such brilliant acting .. I dont care what u did as personal as a fan I have no right to critize u since I am not a perfect too .. frankly I love u as an actor than a singer.

He isn't wrong... What local 'fans' have done to their idols,to the point of ending their lives is appalling. He has every right to feel that way...

Are knetz just forgetting that T.O.P has had suicidal tendencies because of what their hate has put him through? They're so hypocritical, one minute they're hating bigbang and telling them they should quit and then when bigbang agrees and say they wont have a comeback suddenly that's rude and ungrateful?

I was actually one of the people who saw his vLive and commented several times. I could tell he wasn’t doing so good and was very worried about him. What his fans need to realize is he’s as much as s human as us. While I can’t say I agree with the way he acted during his vLive, cause face it you can tell he had too much to drink, I could also tell he was worried and scared about how everything is going to turn out. He needs our love and support not criticism.

han seo hee ruined his life in korea. if only marijuana wasn’t as big of a deal there as it is in the states, she would be seen as the more evil person.

She ruined so many people's lives at this point. It's scary. T.O.P, B.I, Wonho... when will she stop

It makes sense why he wants nothing to do with the korean fans. How fast they turned on him, he posted a photo of art he liked after he got out of the military and they ripped into him telling him to die or hide.....why would he want to deal with that sort of humanity? If more artist started refusing to deal with that behavior over there maybe it would change. Or at least the artist wouldn't have to bow to the pressures of negative toxic people because the only ones their companies cared about were true fans.

I honestly don’t mind. I just want him to be happy. SK can be so toxic for idols they’re forced to follow so many rules while dealing with so much hate- they’re pretty much robots. Whatever TOP wants to do is okay. Whatever is better for his mental health.

Make your comeback abroad. Come back to So Korea in about 5 years. Hopefully these same evil netizins would have grownup by then.

Where i live it is legal here in America in State of Colorado.no one care about someone smoking.top you keep being you love your music and movies you handsome man.

Can you blame him? Korean netizens are evil

Or if Bigbang wouldn't have a comeback in Korea, then probably they would make it to America. And they'll get bigger that'll make dogs..I mean Armies bark like an ass. Then here comes the severe fanwars of Talented "criminals" vs LESS talented mysterious "ignorants".

Guest
Queen B
Reply to  YuddleiBlinkeu

That was very rude and unecessary is people like you that starts fans wars and you're are very disgusting for calling humans dogs. Why are you so bitter about BTS'S success?

Talented smokers are better than not smokers but absolutely talentless. Btw, that knetizens are so funny and aweful. Who are they to order an apology from higher than them?

Just culture difference. You dont see western pop artistes suiciding over online hatred... And thats because western fans are supportive but korean fans are just next level trash and toxic. Not to mention theyre all BTS fans anyeays ??? thats probably why they dont want bigbang to come back and take the throne

What does BTS and Army got to do with this? BTS make it big right in front of Big bang so what are you talking about

So he smoked weed big f-ing deal it's not the end of the world. Hes a great person who's extremely talented let him live and make good music and art.

Dude.....don't you go breaking down on us. The heck what people say..love the long hair. Remember. You are not a kid anymore. You are a man. A beautiful looking man at that. Love you.

Nevermind the retaliatory stance. Suggest some people stay close and look after him.