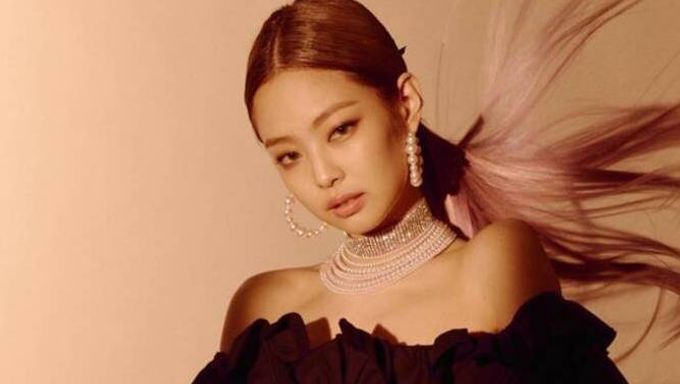 Fans of BLACKPINK or any YG Entertainment group can all agree that it's quite frustrating when the agency doesn't seem to give as much input into their groups as much as the fans wished.

When it was time to say farewell and thank you to all the fans, group member Jennie expressed her unwillingness to say goodbye to the fans and stated that she would have stayed and performed ten more songs for all of them, that is, if she had any.

I wanna do like 10 more songs if I had any sjsjsjsjsjsj Miss Jennie dragging YG with elegance pic.twitter.com/WnOSqnqZxt

While it can be argued that every single song released by BLACKPINK were worthy of being the titles given its quality production and memorableness, they still have yet to release a full-length studio album.

One theory behind why YG Entertainment is somewhat holding back and not giving a full length release could be to generate more hype and "tease" fans with a taste of what the girls are capable of with every release. If such is the case, the problem is that it has been done for too long and has only resulted in frustration from fans. An expert within the industry has stated before in the past that it is YG Entertainment's specialty to build a certain hype before releasing anything, and going all in on the release, creating a high risk and high reward scenario.

Below are some of the reactions from fans to Jennie's statement.

jennie saying "I wanna do like 10 more songs if I had any" actually hurts. we all know they would love to release more music just as much as we want more too. they seriously need a full album soon

Perhaps it's because BLACKPINK are so popular and generates enough results from a company's perspective that YG Entertainment doesn't feel the pressure or need to produce a full length album for the four talented individuals.

Its tough being a K-pop star... a lot of work involved, she's probably just been tired of it all. Her wanting to do more songs is a positive.. it should be a good thing lol.

Girl, you forget the dance steps to your own song SOLO and can't even perform the steps/remember lyrics for the songs you do have. How you gonna manage 10 songs?

she kinda has nerve to say that...she says she wants more songs to perform but she cant even perform the ones she has properly. maybe she looks bored BECAUSE she doesn't have many songs to perform. she might want to be challenged. idk but they do need more songs.

10 more songs to perform?! she can't even perform few songs properly coz of her laziness damn it

it's rude to say she is having sex and enjoying the life op wouldn't decline?

I agree with what u said but lmao u just assumed that the op is a fan of boy groups or likes guys and also it’s pretty pathetic because ur standing up for Jennie which is good bc I 100% agree but ur literally disrespecting her in the same comment by saying “she out there banging y’alls oppars” when you think about it, it’s really rude to say that

rosé said she gets out of breath and stamina quickly. she even checked up on her multiple times during coachella. how about you inform yourself first... talking without knowing it's because of her health condition makes you look kinda dumb lol

edit: commenting this twice is pretty pathetic btw. so unnecessary. meanwhile she out there banging y'alls oppars and counting the cash while you guys stay pressed. she don't even have to try lmao :')

Lazy? haha get out of the rock you're living under and realise she is definitely not lazy, it was just a period of time not even her whole career, she definitely has the best stage presence in 2016 and the best now, just look at their Coachella performance.

Well did you maybe think about the fact that she may be lazy because she's sick and tired of preforming the same songs everytime. I know KTL came out recently and all that, but soon enough, she will get tired of those songs. I think she's lazy because she is sick of preforming the same 12 freaking songs every single day. That still isn't an excuse to be lazy but still, give her a bit of slack.

Interesting idea about BLACKPINK being successful even without a studio album. But I’m sure YG isn’t making a full album for them because they simply aren’t listening to fans. We’ve been complaining for years since even 2NE1 but never saw any results.