BLACKPINK Lisa Left Out Again This Time From OLENS Ad 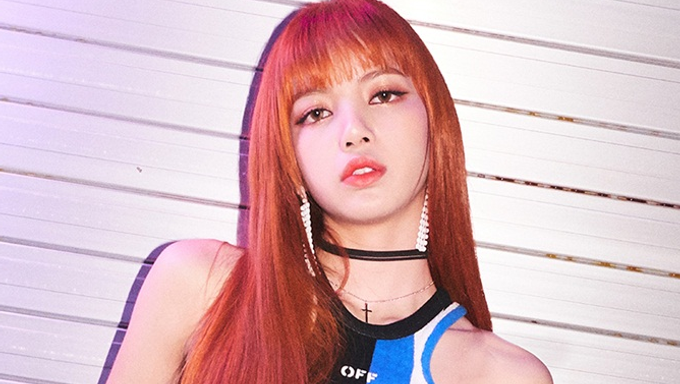 BLACKPINK member Lisa has been left out once again after fans noticed how she was the only group member without her face shown on the OLENS store.

The girl group and OLENS began a partnership back in the summer of 2018.

Only the faces of Jennie, JiSoo, and Rose could be seen on the store front of OLENS, a very inconsiderate move that was basically just asking for it from the fans.

How would Lisa be feeling when she's shooting for this clapped brand they didn't even give her new outfits i really feel bad & disappoited some of y'all literally have the audacity to say that she isn't the most mistreated member and it shows pic.twitter.com/Xl5XPhk1NB

Lisa is actually very popular, just as much if not more than the rest of the BLACKPINK members, as even US pop star Justin Bieber began to follow her on Instagram.

And it's obviously not the first time that Lisa has been through something like this, as she was seen wearing the same stage outfits or ones worn by backup dancers before in the past.

Here we go again..Should i repeat it? NO LISA NO MONEY pic.twitter.com/9RGNxCPB23

this is so disrespectful & a blatant slap in the face to lisa. even if they say it was an oversight, you can’t tell me that using 3 people out of a 4 person group was an “accident”. it also makes zero business sense considering lisa sells whatever she’s seen touching

Guest
i dont have a name lol
Reply to  Guest

I hate how people say YG just picked her because of her looks. Like, come on, it's not like you can dance and sing in your third language or anything but ok, good job for wasting time with bashing her when you'll be proven wrong with facts.

I love Lisa, seeing this makes me angry. This brand doesn't deserve Lisa.

Why should you make it such a big deal. Maybe they just made a mistake, the shop already apologized about that and is willing to do something about it

I could see that but what's up with her wearing the same outfit in each shot though?

Recently, I have come to realize that Lalisa is intensely pretty,,,, shops bad!

It looks really bad, sure. but until a statement is released, then we know nothing about the situation, just what we WANT to believe. Lisa's my whole bias, but I can't be mad if I don't know the real reason behind it. Misplaced anger begets hate (like I'm seeing here)

What's the point of leaving Lisa out?? What are they trying to get from it

F em thats so petty why would they do that to Lisa. Whatever Lisa is doing amazing. This is still heartbreaking though...

Imagine Lisa seeing all of this discrimination from Olen and how they left her out like this after requesting ALL of BlackPink to sponsor them? I wonder how Lisa felt when they were telling the other members to go change their outfits and makeup while she was wearing the same outfit and waiting for them. How about seeing how the brand had left her out of everything? Lisa is extremely respectful and humble, and seeing an actual brand treating her like this is heartbreaking. I am glad they got exposed because no one deserves this discrimination, especially someone like Lisa… Read more »

Boycott their products to give them lesson.

This hate/discrimination was something which was displayed again and again by Olens. It just shows how much they dislike her for not being Korean. I am honestly shocked that a whole brand would so blatantly show their hate towards her so openly. Since they treated the only non-Korean member like this, then this means that their brand is not marketed towards non-Koreans, therefore we wont support them, ever. They left her out of the display, made her wear the same outfit in every shot (she was the only one), they followed all of the other member's fan accounts except for… Read more »

Are we starting this again with leaveing out a member and picking favorites. I am getting tried of this its ether pick the whole group together or don't

bruh..do betterrrrrr...shes the most popular member. thats why people are getting so pressed. they need to treat her fairly. just cuz shes not Korean shouldn't matter.