Block B's P.O dabble in music, variety and acting, and is known as a 'all-rounded entertainer'! 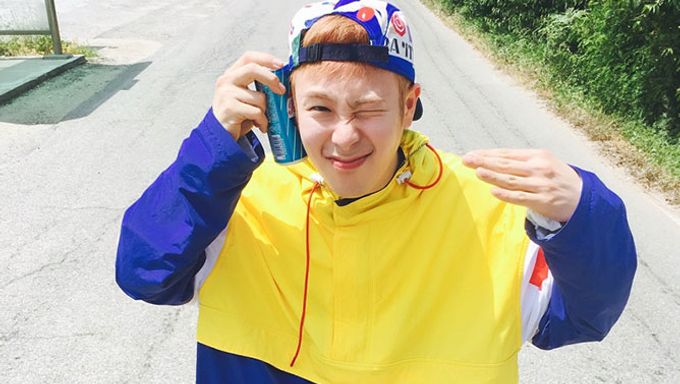 - Block B's P.O, an artist who goes into the different spheres, from music to variety, and that's the reason to look forward to his future activities!

- P.O, protruding into variety shows such as 'Cover Brothers', 'The Great Escape', the route to an 'all-rounded entertainer'!

Block B's P.O is reborn and is known as an 'all-rounded entertainer'.

'Cover Brothers' is a show whereby popular videos will be covered and make into new contents, and it is expected that P.O will showed off his witty, acting ability and his unique sense of humor in the show.

P.O established himself as a unique character with frank and varied charisma on various variety shows such as 'Lipstick Prince 2', 'Living Together in Empty Room', and it is expected that he will be even more active in variety shows in the future.

P.O not only dabble in variety shows but also music and acting, displaying himself as a true 'all-rounded entertainer'.

P.O showed off his distinctive performance and unique timbre through his activities with his group Block B and sub-unit Bastarz. He released his solo album, in which he took part in the lyrics writing, music composition and producing, and he received lots of love and is known as a 'talented musician'.

In addition, P.O transformed into the role of an actor through drama 'Temperature of Love' and theater play 'Superman.com', receiving positive responses for his ability to digest his distinguished character and his stable acting skills.

P.O is not afraid of taking up new challenges, transcending into the different spheres, trying to build up his own diverse filmography.