Brief History Of BLACKPINK: How They Were Formed & Original 5 Member Debut Lineup 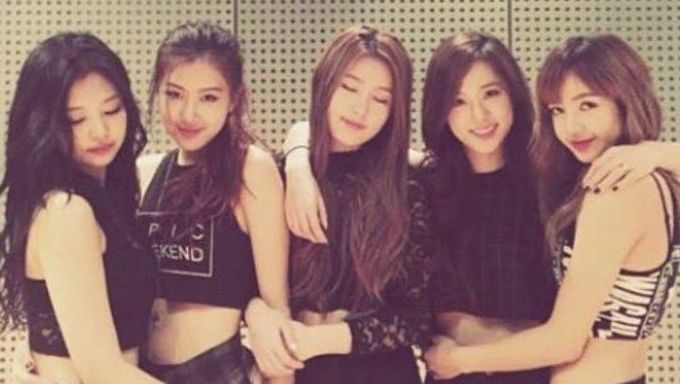 BLACKPINK is arguably this generation's most successful and popular K-Pop idol girl group.

They don't even have a full length studio album yet, but they've managed to release hit after hit with just singles and dominate the US music market with major record label Interscope gladly taking them under their wings.

In addition, they were recently announced as the very first K-Pop girl group to ever be performing at the Coachella music festival this year, and their performance is reportedly going to be live streamed in New York City Times Square by YouTube.

So how did YG Entertainment manage to duplicate 2NE1's success and even take things to the next level? They formed a new girl group at the most needed time in the agency's timeline with four very likable characters.

JiSoo, always having an interest and hopes in becoming a singer, auditioned for YG Entertainment back in 2011. During the audition, YG Entertainment founder Yang HyunSuk asked her if she had a boyfriend. The reason was because JiSoo had a ring on her left ring finger. She passed the auditions and became a YG trainee in July 2011. And before her debut, she appeared in various CF's and music videos for other artists. SM Entertainment even approached her and suggested that she try auditioning for their agency, but she turned it down as she was already affiliated with YG Entertainment. 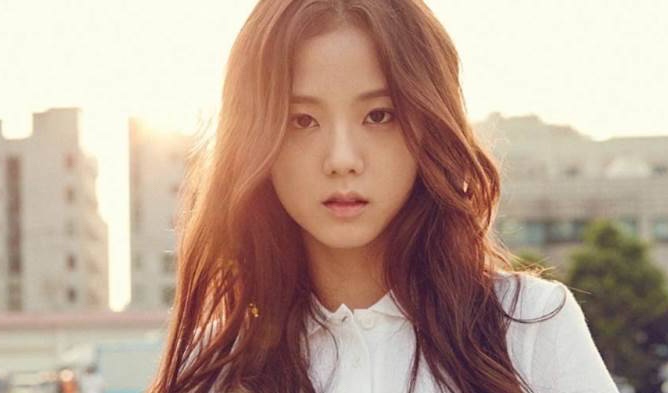 Before BLACKPINK even existed, JiSoo was the first confirmed member of the girl group that was still in the works during that period.

And then came along Jennie, often referred to as the 'human CHANEL' for always being seen wearing CHANEL clothing or accessories. Jennie was studying at the ACG Parnell College in Auckland, New Zealand during the time when YG Entertainment was recruiting trainees for BLACKPINK. While her initial life plans were to move to the US to continue her studies, Jennie told her mother that she wanted to try pursuing her dreams as a singer and performer, leading to her auditioning for YG Entertainment. And it seems that Jennie and YG Entertainment were clearly meant to be together through fate, as the K-Pop idol has stated in the past that she had eyes on YG Entertainment only. Jennie actually became a trainee in YG earlier than JiSoo, as Jennie became an official trainee in 2010, whereas JiSoo became a trainee in 2011. But YG Entertainment for some reason decided to announce JiSoo first as a member of BLACKPINK.

Lisa was always known to have a keen interest in dancing. Hailing from Thailand, she quickly signed up for the YG auditions that were taking place in her country and became the only applicant to pass. 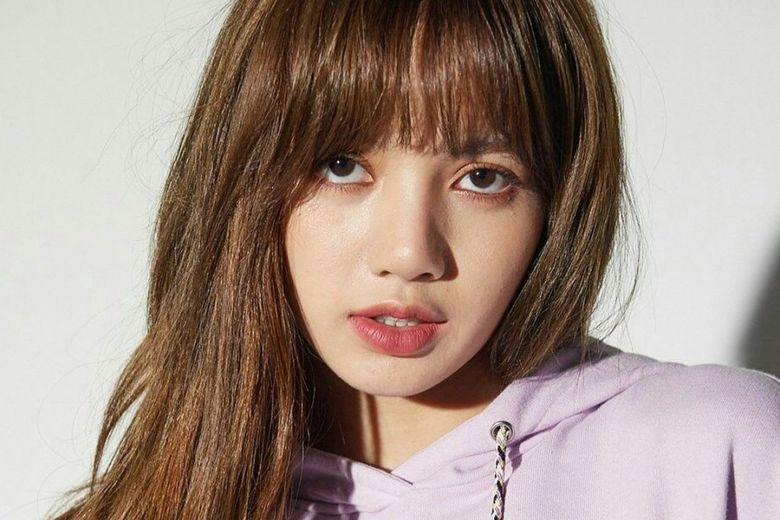 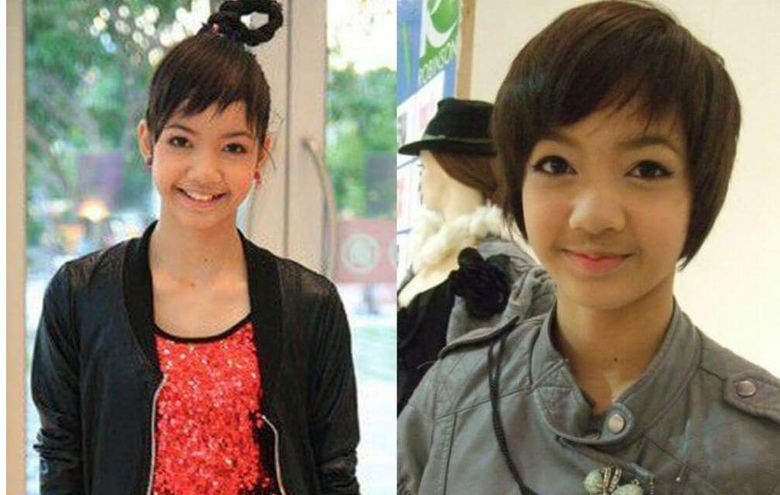 In April 2011, Lisa became an official YG Entertainment trainee. Because she was from Thailand, she did initially have a language barrier problem but was able to learn the Korean language quickly through private classes, along with the help of the other members too of course.

And last but not least, Rose actually might not have ended up in BLACKPINK if her dad had not booked a ticket to the city where YG auditions were being held in Australia. Rose lived in the rural area of Australia, and her dad always knew that his daughter had dreams of becoming a singer, which explains why he was swift to get her a ticket to the city and have her try out for the auditions.

She ended up killing it in the auditions and coming out as first place in the YG auditions in Australia that year. 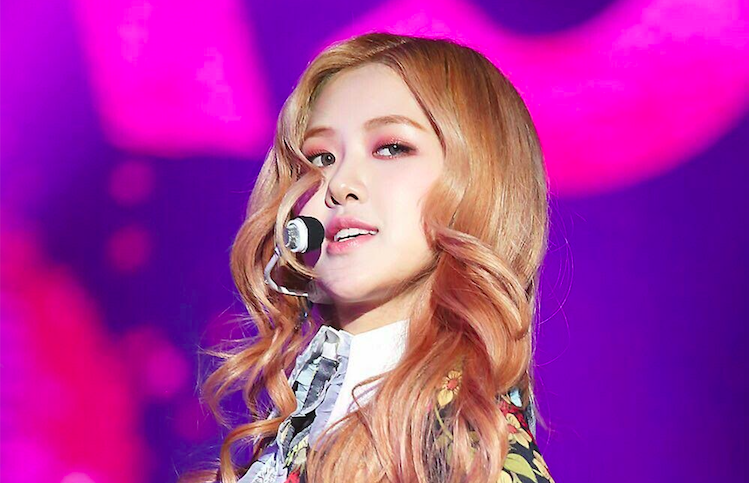 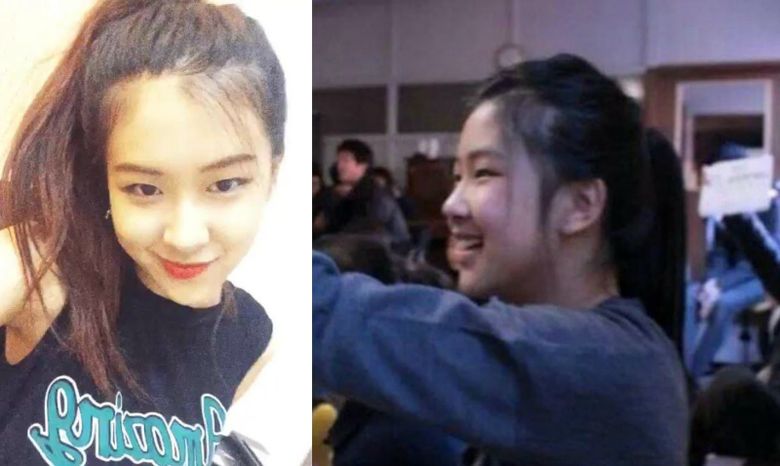 But besides diehard BLACKPINK fans, not many people are aware that the girl group was originally supposed to have five members. And according to an insider at YG Entertainment, before the temporary five-member lineup, Yang HyunSuk even had plans to have the group consist of nine members in total, with two separate units. While information regarding who all of them were have not been revealed, we do know that current (G)I-DLE member MiYeon was part of the five-member lineup. 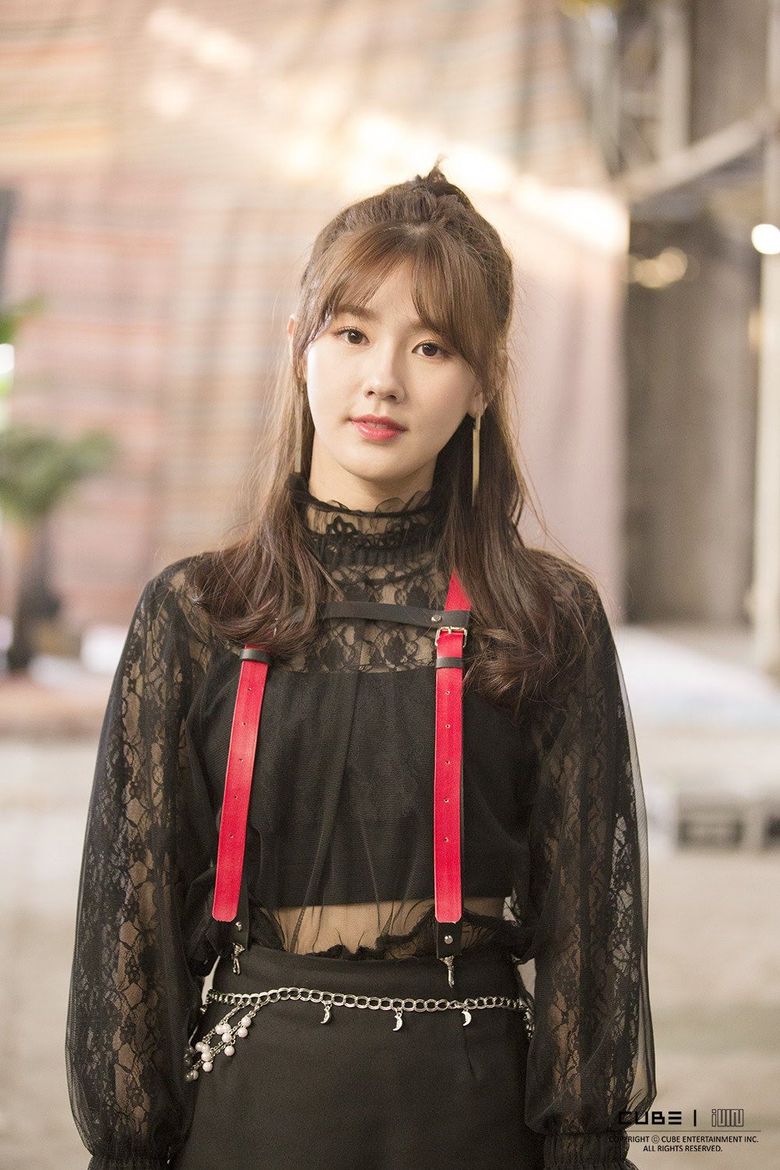 The exact reasons why MiYeon didn't debut as a member of BLACKPINK still remains unclear today. One possible explanation was rumors of her breaking YG Entertainment's dating policy. 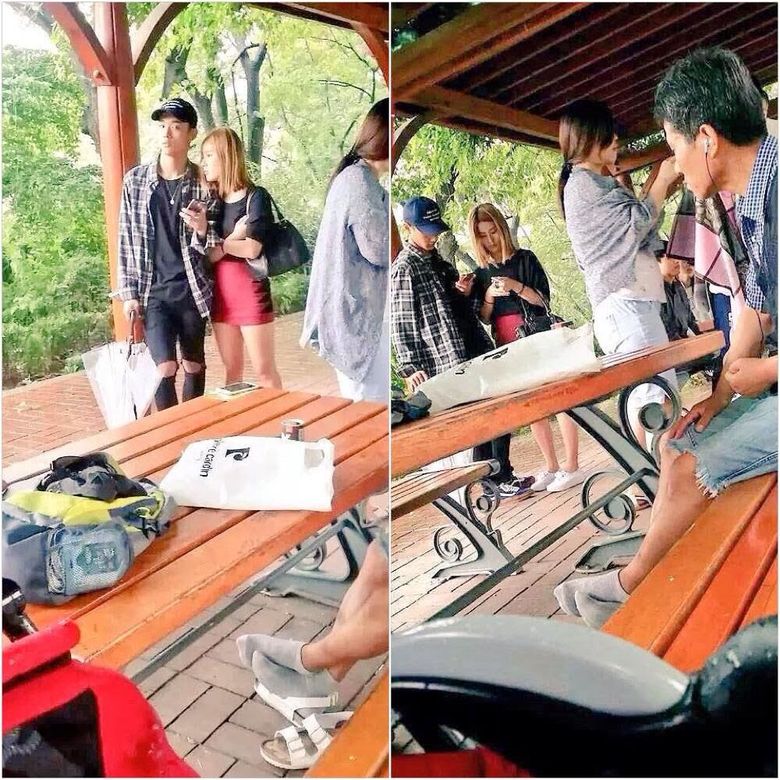 Blackpink makes a perfect combo♡♡♡♡
I will be BLINK 4ever!!
Jennie Jisoo Rosé Lisa are angels!

Yes, Blackpink is doing great as four members, but if they actually had debuted as 5, yall wouldn't be talking trash about Miyeon then, would yall? Exactly. Thats like saying that originally Rose wasnt supposed to debut, and we just know figured out, so we started hating on her. Thats how much sense yall are making. All 5 of the girls are beautifull and talented, stop arguing over the gayest stuff, stop saying that Blackpink is WAY better, or that Gidle is WAY better, it doesnt matter. Nobody will win the argument when its about opinions, so shut up. There… Read more »

miyeon is a vey good singer and so is blackpink ok ? pls stop saying bad stuuf about miyeon.

Its for a reason tho

Yes, it's full of shit

OMG! I was sure that blackpink was not 4 they were 5 because if I ask my GOOGLE MANAGER IT ALWAYS SAY TO BEFORE IT WAS 5 BUT NOW 4 !

Why are yall so mean to Miyeon? she is BEAUTIFUL and as if she wants to be in a group with a comeback once in a blue MOON. Yall just jealous cuz (G) Idle gets more comebacks and are getting more known than Blackpink. Go suck a dick

BLACKPINK may be the most popular girl group in the world but that doesn't mean (G)I-DLE isn't. Stop hating on the (G)I-DLE because Miyeon trained and was supposed to debut with the members.

Bro chill the f*ck out. If dating is so important to you, you much hate Jennie when she dated Kai. Such toxic behaviour. SMFH

i agreed with your first statement cause it was funny but that last one i didn’t. gidle aren’t getting more known than blackpink

you are right there she need to comeback !

Ok, now I'm defenitly going to YG when I audition. Not exactly first because I have seen some videos of how YG doesn't promote their idols well, and that they mostly pay attention to BLACKPINK's Jennie than all the others. And I don't know why, but nowadays, I have a heard that Lisa and Rose get the worst clothes. Like in BLACKPINK DDU-DU-DDU-DU Lisa got this cute outfit with these mismatching ugly laundry gloves. THIS HAS TO STOP. I think this is going on because of them being from outside of Korea. Please BLINKs, we need to stop this.

A lot of Blackpink's stage outfits look like they should be in a reject pile. It's just so bad it's not even funny. Imo, they are all pretty enough to look fine in that shit, but it's just so bad. They should definitely be able to wear things that would actually look nice.

UMMMM they were kinda cute...

Yes. That is unfair

NO Miyeon couldn’t just kicked out I think she should be in blackpink.How dare you guys to kick her out

Miyeon is the prettiest member in (G)I-DLE (in my opinion). Stop being a toxic BLINK.

Come on, Jisoo, Rose, Jennie, Lisa are hitting it off amazing
They are enough, Mi Yeon wasn't so pretty like them(My honest opinion)

Yeah I agree BLACKPINK is more prettier than Miyeon

Um excuse me? Yeah, I get it, the group is doing well but that doesn't give you the right to just say someone isn't pretty. Yes, it may be your opinion, but saying it like that can affect people. It's disrespectful so next time do a favor and keep it to yourself. Everyone is beautiful in their own way. And if she doesn't meet your standards then sucks for you. People shouldn't be disrespecting people. And like I said, I understand it's your opinion but it is also rude.

If you don't have something nice to say, why don't you just keep things to yourself instead of dragging Miyeon down?

My opinion is that jennie lisa & rose are way less pretty than her & the 3 of jennie rose & jisoo are less talented than she's ...

Umm... excuse me, writing that would be dragging BLACKPINK down, why don't u write that in the Idle section and don't compare group to group

Well then, if they don't meet your standards then do a favor and keep your opinion to yourself. Insulting people for things they don't have control of is rude. So, find yourself taking a step out of this please.

You sound stupid please be quiet. You are embarrassing.

I hoped she actually debuted

omggg I wish she actually debuted!!!!!!

Didnt the article say she already was a member of g-idle? ?

Miyeon is 100% better looking than Lisa!

Miyeon isn't ugly. Stop comparing Miyeon to YOUR standards, if that's your opinion, you can keep it to yourself.

SHUt. The. FuCk. UP.
LISA IS BEAUTIFUL AND SO IS MIYEON

No one should judge a book by its cover
Lisa is just perfect herself
That myo...... Whatever she doesn't suit this girl group

Ok, great. But no one asked for your opinion. You can say anything, but when you are comparing beauty standards then please leave.

Shut the hell out to say bad things to lisa ? isn't lisa best in her own way !?
Miyeon couldn't be a member of Black pink doesn't mean it's because of lisa that you are saying miyeon is 100% better than lisa
Am sorry if I judge it wrong but I have not seen Miyeon dancing better than lisa or Rapping songs better than lisa

Ur the dumbest thing I've seen on this planet

Ur dumb stop being a hater

Wow how ignorant are you?, she hasn’t had any plastic surgery, stop spreading lies like facts when you have no proof at all,

There is something called contouring?? And her nose is still the same , as displayed in almost all Blackpink house episodes

You must look like a half bred mix between a cow and rat, look at yourself first before calling someone ugly

Miyeon and lisa are both beautiful
There must have been some issue if miyeon didn’t debut under Blackpink , but she is thriving in G - Idle now.

Jennie was actually the first one announced to the public as an official member, followed by lisa, jisoo and then chaeyoung.

4 members is enough not 5 members only 4 members

Cry about it why dont you

Hey what's your problem??? I have seen you attacking username GUEST many times before for things that are not even wrong or disrespectful. So please stop with your bullshit and play with your mama if you got nothing better to do.

Hah...it's good enough for me to have the 4 talented members in blackpink..?

It would have been cool so shut it

look why are you so rude?? some people just want to share their opinion okay, so YOU should shut it if you have nothing nice to say

Or u could just shut up?!

stop spreading hate. It's immature and looks bad on BP. Miyeon is talented and so is BP so there is no need to bring anyone down.

Jennie was the FIRST member announced to the public

Miyeon would have been perfect for blackpink

Well then too bad Miyeon isn't in twice ?

Why would it matter? Just keep it to yourself.