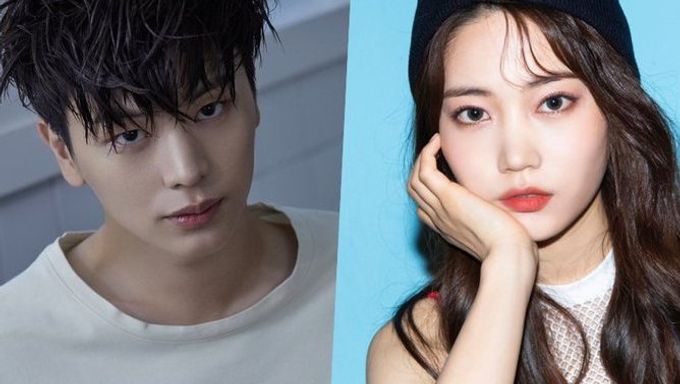 It seems that the saying "It never rains but pours' is just about the right way to describe what the K-Pop scene is these days.
With Pentagon plus HyunA, and Kang DongWon plus Han HyoJoo as a couple examples of dating rumors that blew up recently, there's another one to add to the list this year than involves BTOB member SungJae and DIA member JuEun.
So far, JuEun's agency MBK Entertainment has denied the allegations and have stated that the dating rumors are groundless. The agency also added that two aren't even close acquaintances and find the dating allegations absurd.
And it turns out that the whole dating rumor started after a news agency published an article claiming that SungJae and JuEun began getting in contact with each other beginning on January this year.
Besides MBK Entertainment claiming that any information that says the two are dating is false, no other information about the two idols have been confirmed.

Still not over Sungjae and joy. ??