A new evidence was found that will assure us of the fact that we already know of and heard of like a million times.

The first-week album sales of "Love Yourself", the new album of BTS, has grown twice as high as that of the last album "You Never Walk Alone." The first-week album sales of the previous album were about 373,000 and the sales for this comeback was recorded as 759,000. Just another fact check that the group is an "Icon of Record Breaker" and that they are growing as rapidly as ever. 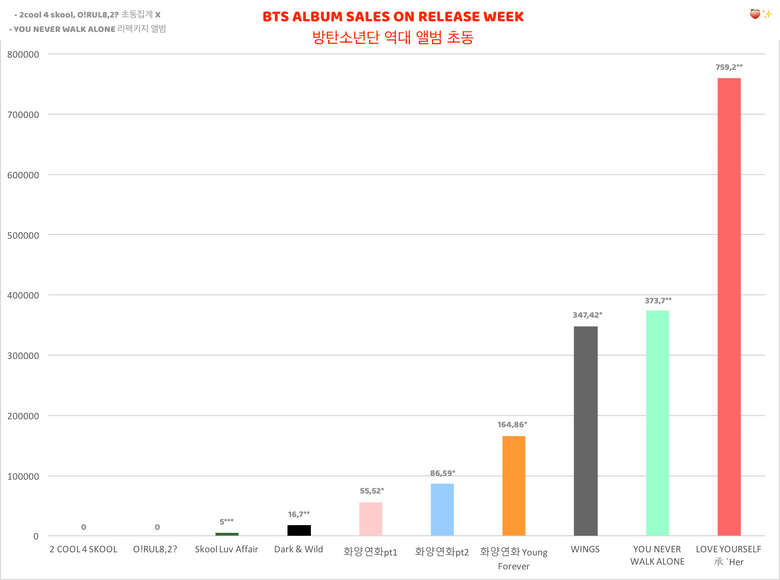 It's quite rare for a group to start so low and grow this huge. Most idol groups who have succeeded this much started at some point high, having a strong entertainment supporting them or having a reputation even before the debut. However, BTS is one extra-special precedent who shows talent and hard work can get you through the way up high.

If an idol or a group reach a certain point of their career, fans worry of idols taking a wrongful path by sudden fame and money flooding in. However, fans of BTS don't seem to be concerned but to have a strong belief of every member.

Fans believe that though the graphs are growing drastically, the groups won't change drastically, but continue their work humbly.

Must Read : BTS Tells Fans to Stop Screaming Over Them and to Behave