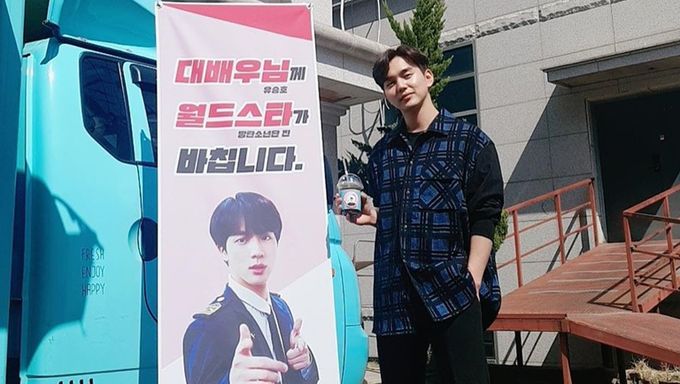 Another 'mysterious' friendship had been uncovered between BTS's Jin and actor Yoo SeungHo!

On Mar. 27, Yoo SeungHo had uploaded pictures on his Instagram, thanking Jin for sending a coffee truck to the filming site of the drama, "Memorist", which he is currently acting in.

On the caption, he wrote "World Star Jin, I will drink the coffee well. From great actor, Yoo SeungHo".

Fans of both Jin and Yoo SeungHo were surprised to find out that they actually know each other. Many are also curious to know how they became close.

Needless to say, they were also hoping for future interactions from one another now that they knew about their friendship.

"Memorist" airs every Wednesday-Thursday on tvN.