BTS's Jin Trends On Twitter Because Of See-Through Top In 'Black Swan' MV? 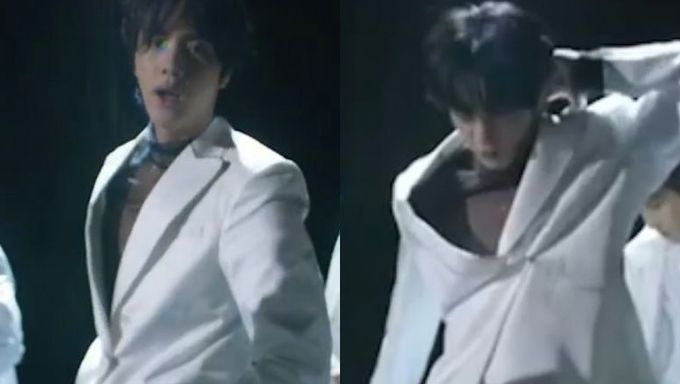 BTShad suddenly released the music video for 'Black Swan' on Mar. 5 and it had caused a mayhem among their fans, ARMY.

If you have yet to check out the spectacular music video, you can do so below.

The choreography, lighting, location and so on are so perfectly set that ARMY is literally going head over heels for the 7 boys.

If you also take a close look at their outfits, you might actually also notice that member Jin was wearing something rather sexy.

Apparently, it looks like he was wearing a black see-through top!

It became such a huge topic that the term 'Kim SeokJin see through' actually trended on Twitter.

It looks like many are loving the way that Jin was wearing a see-through shirt and many are also hoping to see that he would be performing to 'Black Swan' in that outfit in this week of music shows.

Are you loving it too?

Read More : ARMY Cannot Get Over How Vein-y BTS's JungKook Arms Are