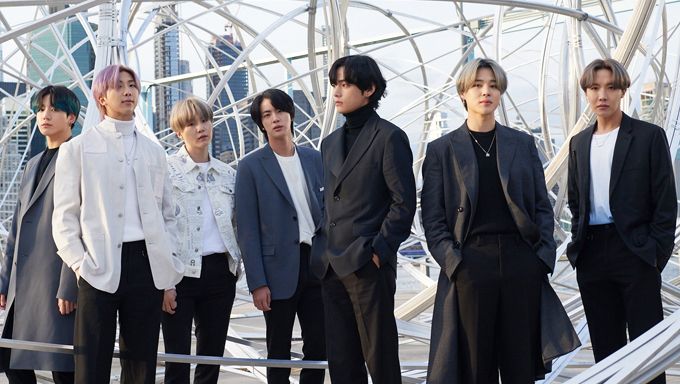 BTSwill be releasing their 4th full length album "MAP OF THE SOUL : 7" on Feb. 21 and they are causing ARMY from all over the world to feel more excited than before.

Prior to the album release at 6 pm KST, they had teased fans with their 30 seconds of title track 'ON' that was released at 6 am KST through 'TikTok'. With that being said, it is no wonder that the server for 'TikTok' had crashed, proving once again their massive popularity.

On Feb. 21, Big Hit Entertainment had also shared more details about their upcoming album. 'ON' is said to be a powerful, energetic and sincere hip-hop track.

If you happen to have a 'TikTok' account, you can join in the fun and participate in the #ONChallenge by BTS.

In addition, it was also noted that members had also participated in the writing of the B-tracks songs, including rap-line and vocal-line tracks.

Needless to say, one of the most anticipated aspect of this album is probably the collaboration for title track 'ON' with singer Sia. When the tracklist was first released, it was mentioned that ARMY could not believe that BTS was able to work with Sia. This had caused many fans to look forward even more for the comeback.

BTS will be having a comeback live through their official V-Live channel at 12 pm KST and you can check it out below.

Are you ready for their comeback?

Read More : BTS Breaks Their Own Record With 4.02 Million Pre-Orders For "MAP OF THE SOUL : 7"