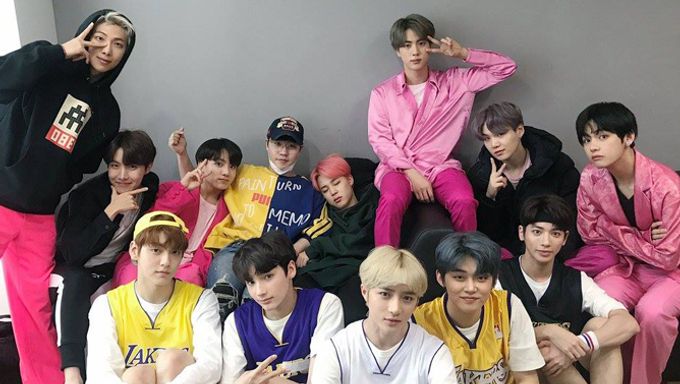 On Apr. 27, singer Lee Hyun uploaded a picture of him together with the rest of Big Hit Entertainment's artists, BTS and TXT.

He said that he had dropped by MBC and thanked the boys for welcoming him with such open arms! In commemoration, the singer had taken a photo with the rest of them.

However, fans seemed to notice that BTS's JiMin actually had his eyes closed and appeared to be sleeping! They were unsure if he was really sleeping until JiMin replied to the tweet by Lee Hyun.

JiMin said that he had no memories of taking the picture and asked when they had actually taken it!

With that, fans could confirm that JiMin was really sleeping when they photo was taken! They talked about how adorable JiMin was and wondered if  he was very tired from the busy schedules.

BTS will be performing 'Boy With Luv' together with Halsey on Billboard Music Awards 2019 (BBMAs) on May 1.

Love it! It’s too funny.

Jimin is too cute <3 Sleep sleep~~