Find out the profile of Korean actor Kim SungCheol.

Kim SungCheol is a Korean actor.

The actor began acting in the musical "Puberty" in 2014 and is strengthening his position by acting in various areas.

Until 2017 after his debut, KimSungChul had constantly acted in various musicals and afterwards he has been building his filmography on movies and dramas.

In 2017, the actor made an appearance in "Prison Playbook". In this drama, he acted as a strong supporter who helps the lead actor and gained a lot of compliments and popularity by showing a clear pronunciation and deep emotional acting.

The actor graduated from Korea National University of Arts in 2010 which is known as the legendary year of graduation. There are many popular stars including Kim GoEun, Park SoDam, Lee YooYoung, Lee SangYi, and Ahn EunJin who graduated this year. Compared to other graduation years, the ratio of stars acting is high after their graduation. These stars have appeared in many popular dramas with excellent acting skills. Still, these members of the same graduation year comment on each other’s Instagram and show their close and solid relationship.

Let’s take a look at his filmography below!

- Arthdal Chronicles Part3: The Prelude To All Legends (Minor Role)

TBA - Us That Year (Major Role)

The Silence of The Dogs 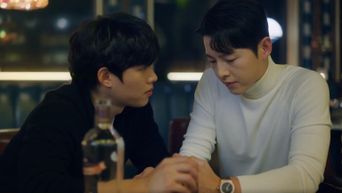 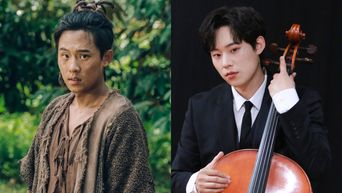 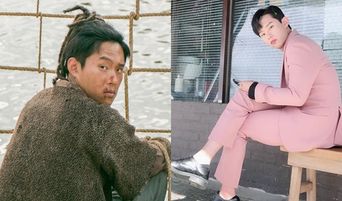 Which "Do You Like Brahms?" Couples Are You Cheering On? (VOTE)