Kwak DongYeon Profile: A Talented Actor From "Love In The Moonlight" To "Vincenzo" Profile

Find out the profile of Korean actor Kwak DongYeon.

Kwak DongYeon is a Korean actor.

He was originally a singer trainee who was preparing the band. He first came to Seoul at the age of 14 to live as a singer trainee and has been living alone in Seoul since the age of 16. In the meantime, he made his debut in 2012 by appearing in "My Husband Got a Family".

After appearing in the drama "Jang OkJeong, Lives In Love" he began to worry seriously about acting, and as a result, gave up his singer's path and entered the path of a full-fledged actor.

Since then, he has been building solid filmography in various genres such as dramas, movies, and musicals.

He appeared in several works, showed a variety of different acting, and was imprinted on the viewers as a good acting actor.

In addition, he uses a diary for each filming of each work and strives to find out what he lacks and what he has to learn for better performance.

He showed a special bromance in the drama he appeared in.
Actor Park BoGum in "Love in the Moonlight", Yoo SeungHo in "My Strange Hero", and Song JoongKi in "Vincenzo"! He showed fantastic chemistry by working with top actors.

An actor who is expected in the future!

- The Master of Revenge (Minor Role)

- Love in the Moonlight (Major Role)

Love in the Moonlight

My ID is Gangnam Beauty


It's Okay to Not Be Okay 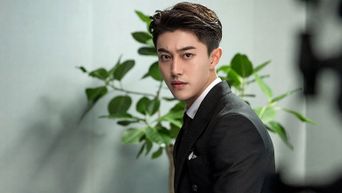 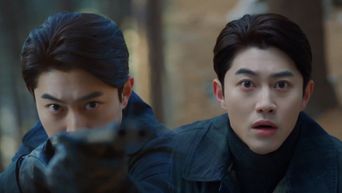