If you're looking for a Korean actor Lee KwangSoo's profile, come here.

DongAh Institute of Media and Art

Lee KwangSoo is an actor and model with a tall and unique look.

Lee KwangSoo is also very active in other entertainment programs. Have you ever heard of the popular TV show "Running Man"? That's right, he's very popular with the nicknames: giraffe, traitors, All thumbs, yamseni(selfish person) and many others. Lee KwangSoo is very popular overseas.

Also, his friendship is amazing. Female entertainers close to him include Park BoYoung, Shin SeKyung, Han HyoJoo, Park MinYoung, and Lee SungKyung, while male entertainers include Song JoongKi, Jo InSung, Kim WooBin, Park BoGum, Yoo YeonSeok, and Nam JooHyuk. According to an actor who is close to him, his character is actually silent and gentlemanly, unlike his image of being talkative and playful in show business.

Let's take a look at his filmography!

2016 - Descendants of the Sun (Cameo Appearance)

- The Sound of Your Heart (Major Role)

- All About My Wife (Minor Role)

Star - You are the best

High Kick Through the Roof!

The Sound of Your Heart

The Accidental Detective 2: In Action

Recently, on a Korean online community, there was a popular post talking about Chinese trainee Weng Yuqing who is looking similar to Lee KwangSoo. 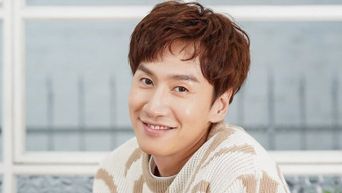 10 Korean Variety Shows To Add To Your Watchlist

Jo InSung Reveals How D.O & Lee KwangSoo Gives Him A Hard Time When Together