Find out the profile of Korean actor Na InWoo.

Na InWoo is a Korean actor.

He made his debut in the 2015 movie "Twenty". Since his debut, he has been enthusiastically appearing in many films and growing his filmography.

His real name is Na JongChan, but he has been using a pseudonym since 2019 as Na InWoo.

Actor Ji Soo was replaced by Na InWoo as Ondal, who was a male protagonist in the KBS historical drama "River Where the Moon Rises", due to school violence controversy.

He completed the filming of the drama from episode one to twenty in just one month's time. Since he did not take a day off for more than a month, he lost 7 to 8 kg. It was also said that there were many times when he came to the set without sleeping for more than an hour a day.

Through his amazing acting in this drama, many people were able to recognize him, acknowledge his tall height, visuals, leading to his rise in popularity.

We look forward to his future acting career!

River Where the Moon Rises 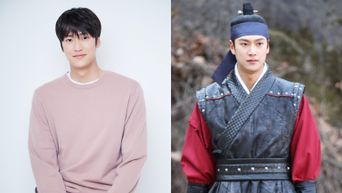 5 Reasons Why You Should Be Watching "At A Distance, Spring Is Green"