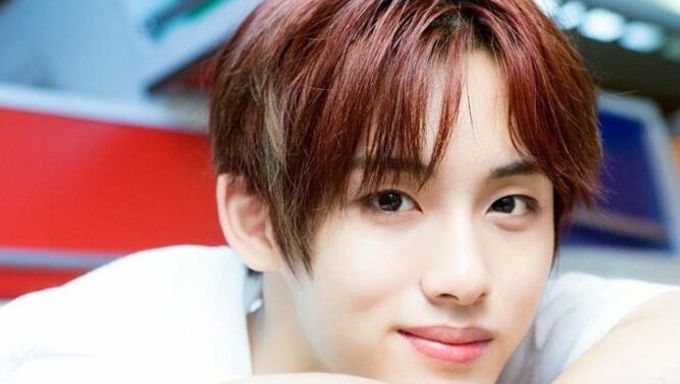 NCT and Way V member Winwin recently appeared on an episode of Chinese TV show 'My Brilliant Masters' (我们的师父), and had viewers and audience members slightly confused as he revealed he wasn't able to dance during this particular episode.

When asked about it, he stated that he currently had mouth ulcers and was advised to refrain from dancing.

But many people found it odd that mouth ulcers, which can't directly be made worse through dancing, was the reason why he was unable to dance during the show.

He was seen avoiding the screen frame at one point, and it was later assumed that he was forbidden to dance or sing by himself after the cast of the show asked if such was the case.

Winwin fans then wrote a letter to SM Entertainment. 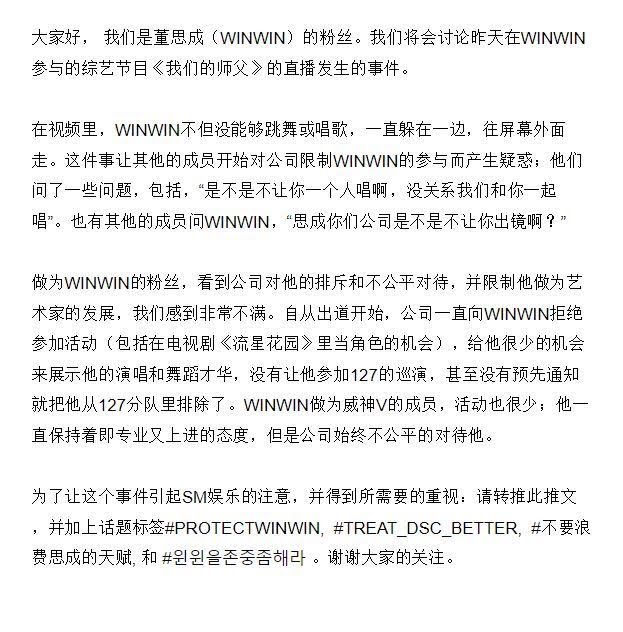 SM Entertainment has not yet responded to the fans' letter.

Read More : NCT Fans Tired Of Having Their Group Compared To BTS Exo all over again ?‍♀️

sm is always like that
they can't see talent

Lot of issues with SM lately(well, it's been like that for years, actually)and I would be surprised if they responded since they haven't with a lot of things. Honestly, wouldn't put my faith in them at all.

Not gonna defend their actions against winwin as a whole cause all they do is sleep on him but theres alot of stuff going around saying that the show didnt pay for winwins appearance. Thats why they're pushing for ot 7. If the show doesnt pay the group then winwin doesnt make any money. Still tho SM better get woke for winwin bc he baby and deserves rights

SM keeps treating their chinese members like this and then, when they leave, they make the pikachu shocked face. 127 is releasing a mini album and are on tour and he completely missed out even though it is supposed to be a fixed group.

Honestly SM be doing Winwin so dirty ever since debut... They need to start respecting him more, this is completely unacceptable the way they're treating him atm. I'm disappointed in SM, I expected better

Is it bad that I hope he leaves SM and does something like Kris, Tao and Luhan? He has so much potential and SM is just wasting it.

If this continues any longer I swear to god, I'm not even a full stan of NCT (I'm working on it though so don't come at me). SM and Winwin came up with an excuse that he has mouth uclers, they don't usually last longer than 2 or 3 weeks, I'll give them a bit of leeway, so if WinWin still can't participate in one month, we bout to crash down their building, if you know what I mean.

its really dumb of sm to treat him like this. he is one nof the best visuals and dancers in nct. his dancing skills are nearly perfect. that flip he did in his intro vid was flawless. and he has so much potential. but sm needs to bring that out.

i’m so confused...why would SM chase after WinWin, trying to get to him to join the company only to treat him like this...i really don’t understand...