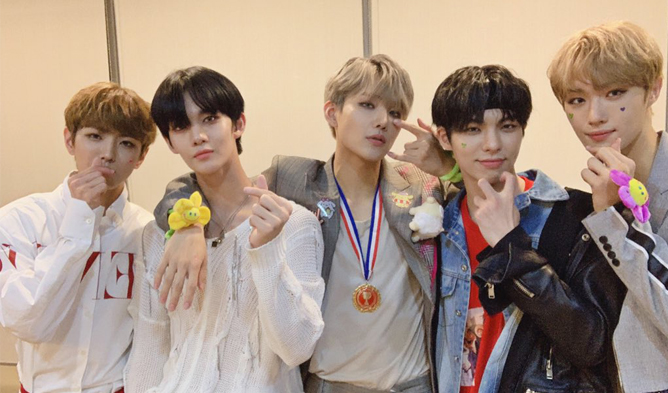 On July 28, CIX appeared on Channel A “Why did you come my house?”.

It was during that time when fans were able to take a look at the dormitory which the members were living in. If you want to check out the part of the full video, you can do so below.

At first, the hosts made their way to a room that has a bunk bed and several figurines. They were trying to guess whose room it belonged to but because of a sticker that has SeungHun‘s face, the answer was given away. Eventually, they also managed to find out the roommate of SeungHun who is none other than Bae JinYoung because of his wallet.

Moving on to the next room, the hosts were amazed by the jaw dropping Han River view that the remaining 3 members YongHee, BX and HyunSuk get to see every morning.

When asked on how they decided on the roommates, they simply answered that it was settled with ‘rock papers scissors’, giving the hosts a good laugh.

It seemed like all 5 members are close with one another and fans are loving the interactions between each of them. Needless to say, they were also glad to see how the boys seemed to be living in a very clean and spacious environment.

CIX debuted with ‘Movie Star’ back in July 24.

Read More : Exclusive Review: CIX Is Their Own ‘Movie Star’ With Official Debut